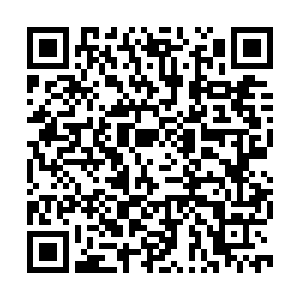 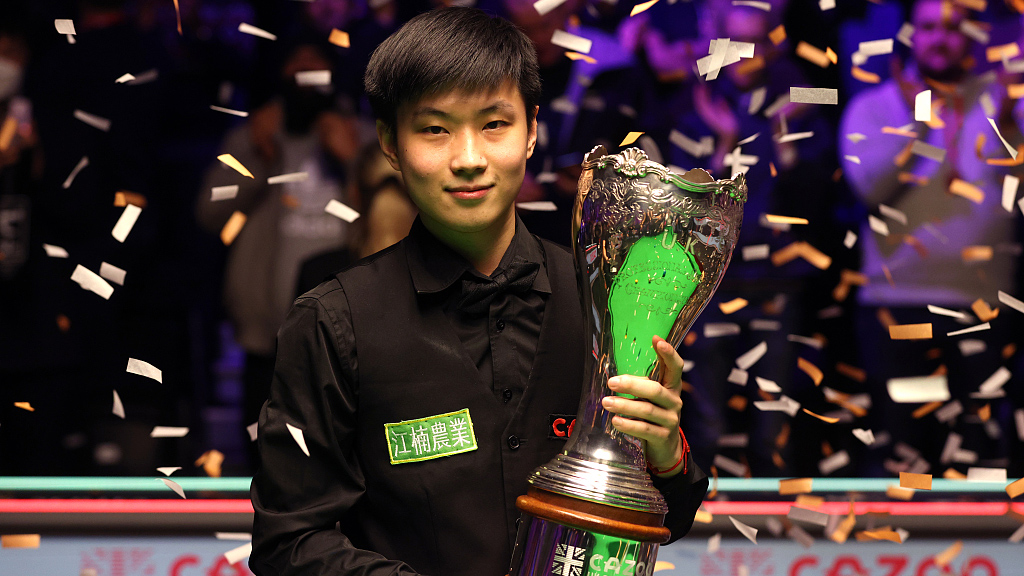 China's Zhao Xintong won the Snooker UK Championship on December 5, as the crown has made him the second Chinese player to lift the trophy in York, as well as the fifth to claim a ranking title. The 24-year-old recently talked to CGTN Sports Scene about the tournament, his playing style, and the helpful tips he's received from a couple of the game's biggest names.

The UK Championship is one of the three most prestigious tournaments in professional snooker. Zhao described his victory as "amazing" and celebrated by enjoying dinner and drinks with friends. He admitted that he was stressful during the tournament.

"I had big pressure in the final because this is my first time in the UK championship final, it's amazing and it's a big moment for me. I kept reminding myself to calm down and take it easy," said Zhao.

Many people including Zhao's opponents expected him to rise to the occasion even ten years ago, but the world No. 9 player only focused on training and getting better early in his career.

"I don't think it's too late [to win the first ranking title]. It's also an amazing thing to claim the champion at the age of 24," said the Chinese.

Zhao revealed that snooker legends Jimmy White and Ronnie O'Sullivan boosted his improvement, "when I practice in the venue, they always teach me something. I'm very happy."

The UK Championship winner felt flattered by comparisons to Ronnie O'Sullivan and Judd Trump, "maybe we have the same style. I like attacking, it's my playing style," the 24-year-old also appreciated the plaudits from the "Rocket", who has 20 Triple Crown titles in hand, for calling him the "Roger Federer in snooker." "I'm thankful for his words and I hope I won't let him down," Zhao said.

Zhao has gained confidence by winning the champion in York and he aims at more victories in the future, "I have more confidence to win more matches and I will try my best to win the Masters and World Championships."