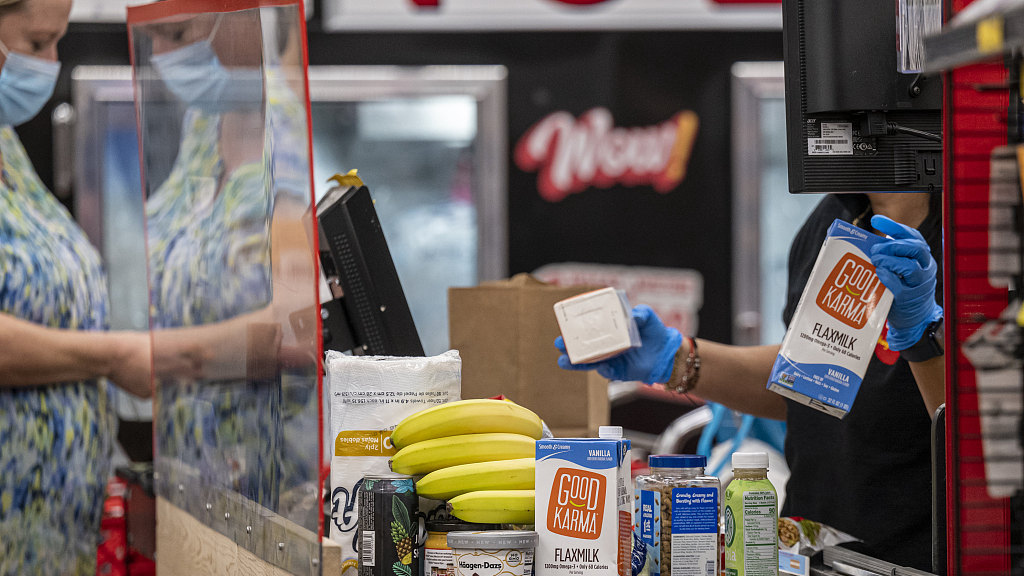 A customer checks out at a grocery store in San Francisco, California, U.S., November 11, 2021. /CFP

A customer checks out at a grocery store in San Francisco, California, U.S., November 11, 2021. /CFP

U.S. consumer prices continued to surge in November, climbing 6.8 percent compared to the same month in 2020, the biggest jump since June 1982, the government said Friday.

The leap in the consumer price index (CPI) was caused by increases in a wide range of items, including a 6.1-percent jump in gasoline prices, while rents, used car and food costs also increased, according to the Labor Department.

However, there were signs of a crest in the wave of inflation that has pushed prices higher as the U.S. economy recovered this year from the COVID-19 downturn.

Compared to October, CPI rose 0.8 percent, seasonally adjusted, slightly slower than the prior month's rate but above analysts' forecasts.

The increase in gas prices was the same as in October, while food prices rose 0.7 percent, less than the month prior, according to the data.

Shelter prices rose by the same level as in October at 0.5 percent, while used cars, which have grown costly this year in part due to a global semiconductor shortage that has hampered automobile production, climbed 2.5 percent, also the same as the prior month.

With the volatile food and energy components excluded, CPI rose 0.5 percent compared to the 0.6 percent jump in October. That was in line with analysts' forecasts.

In the latest 12 months, core CPI jumped 4.9 percent, according to the report.