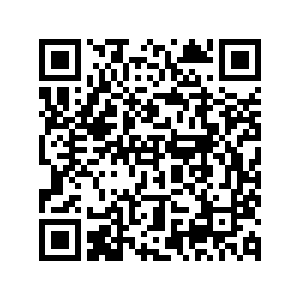 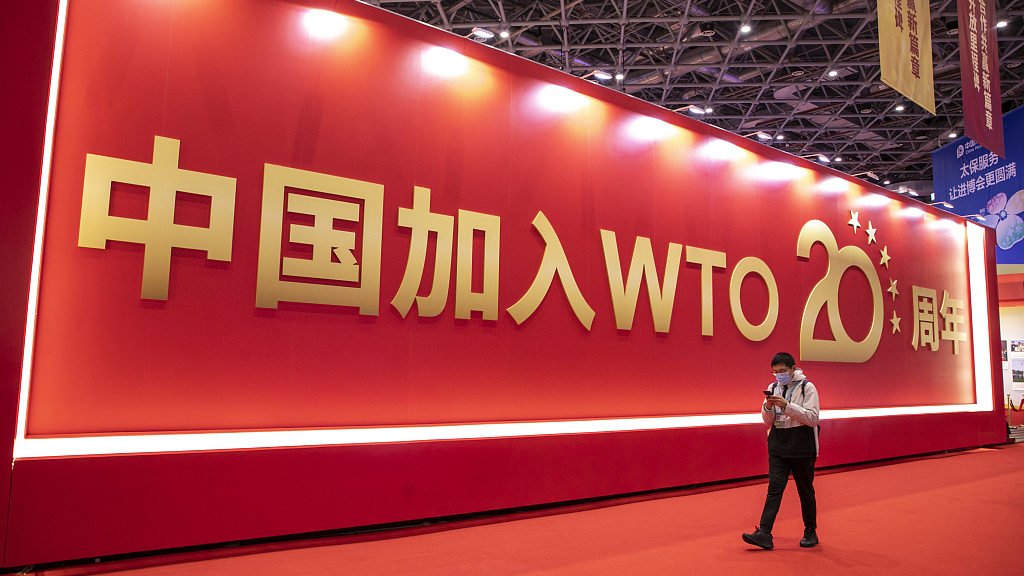 A special exhibition to mark the 20th anniversary of China's accession to the World Trade Organization opens in the National Convention and Exhibition Center in Shanghai, east China, November 9, 2021. /CFP

A special exhibition to mark the 20th anniversary of China's accession to the World Trade Organization opens in the National Convention and Exhibition Center in Shanghai, east China, November 9, 2021. /CFP

Editor's note: Daryl Guppy is an international financial technical analysis expert. He has provided a weekly Shanghai Index analysis for Chinese mainland's media for more than a decade. Guppy appears regularly on CNBC Asia and is known as "The Chart Man." He is a national board member of the Australia China Business Council. The article reflects the author's opinions and not necessarily those of CGTN.

Buildings slumped along the ragged edge of the dusty paved road. The patina of poverty was just a side street away, ever threatening to detract from the splendors of Xi'an, the Tang Dynasty capital.

But that was 20 years ago and now city's environment reflects the growth of China and the elimination of absolute poverty. From the splendors of the restored city walls and the north gate, to the aerospace research centers and the upmarket housing, Xi'an stands as an example of how China's accession to the World Trade Organization (WTO) enabled China's opening up and put it onto a path of prosperity.

It's all too easy to focus on the spectacular growth of Shanghai, Beijing and the Greater Bay Area. They are the obvious beneficiaries of China's embrace of the WTO and the world trade environment. However, it's the spread of these benefits to western China, and then to the far-flung provinces of China that is equally as spectacular. It is the spread of this common prosperity that enabled the elimination of absolute poverty because the benefits that flowed from WTO engagement were also distributed throughout China.

Eighteen years later in remote Xinjiang Uygur Autonomous Region, I stayed in a lively town, well serviced with the amenities that were once the exclusive domain of cities on the east coast. China's WTO involvement had enabled export businesses to grow alongside the infrastructure that created a modern Silk Road. The economic expansion saw agricultural products swiftly transported to the markets of Shanghai and Beijing and beyond. Once a provider of the western edge of the Silk Road, Xinjiang now again reached into international markets under the umbrella of the WTO trade environment. The Belt and Road Initiative further expanded this modern trade route and bought prosperity to the region. 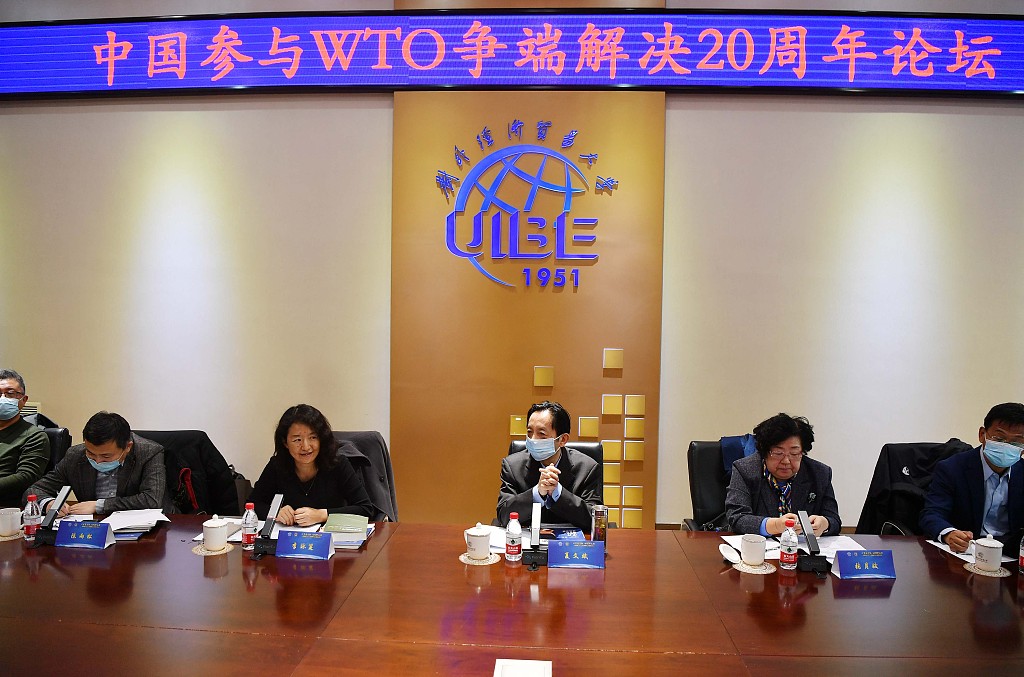 The Forum on the 20th Anniversary of China's WTO Dispute Settlement is held in the University of International Business and Economics in Beijing, China, December 6, 2021. /CFP

The Forum on the 20th Anniversary of China's WTO Dispute Settlement is held in the University of International Business and Economics in Beijing, China, December 6, 2021. /CFP

There is no doubt that China's accession to the WTO enabled, enhanced and accelerated the drive toward opening up and reform. Deng Xiaoping famously said, "It doesn't matter whether a cat is black or white – so long as it catches mice," but to achieve those reform and economic objectives required more than just hard work. Key to the achievement was the access to international markets under a framework that was, by and large, not exploitative and that provided a relatively level playing field.

The WTO replaced the General Agreement on Tariffs and Trade (GATT), which had defined the post-war world. The WTO was more favorable to developing countries, giving them a greater say and access to a fairer disputes resolution process than the narrowly crafted GATT. However, the WTO structure never envisioned the competition that would arise between two economic behemoths, so WTO reform has become necessary.

But in 2001, those issues were literally 20 years in the future. In the intervening 20 years, China's WTO membership played a powerful role in the process of economic reform. The WTO regulations and the dispute mechanisms provided additional impetus for changes in the structure of the Chinese economy. The need to comply with a set of international regulations and obligations inevitably led to reforms in many areas of economic activity.

To be sure, some countries complained about the pace of China's reform because they failed to understand the monumental size of the task that confronted China. Reform is not achieved by the wave of a wand or a decree. It was a slow and steady, arduous process overseen in particular by China's National Development and Reform Commission. The size of the task of modernizing China is all too often underestimated by those who prefer to criticize from afar rather than assist on the ground.

The challenges of reform were complicated by the uneven economic development within China. The needs of the Greater Bay Area were different from the needs of Xishuangbanna in southwest China's Yunnan Province, near the Myanmar border. Their needs in turn were different to those of Beijing, or Dunhuang in northwest China's Gansu Province. It took time and effort to roll out the reforms and to ensure that they were implemented across provincial economies that grew to the size of some EU member countries' economies.

Like other members of the WTO, China was subjected to WTO complaints, but, unlike some other WTO members, China does a good job of complying with WTO arbitration rulings. In the 20 years, China has fulfilled many of the specific obligations of its WTO accession agreement and continues to make progress.

China's accession to the WTO undoubtedly assisted the process of opening up and engaging with the world. It was an essential component of the reforms that enabled the opening economy to become a modern, competitive and innovative economy. China's membership of the WTO has contributed greatly to the elimination of absolute poverty and delivered a share of common prosperity to all the regions of China.