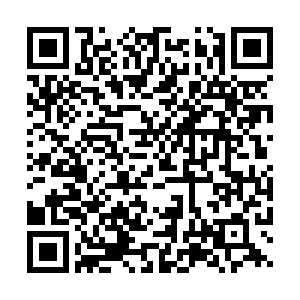 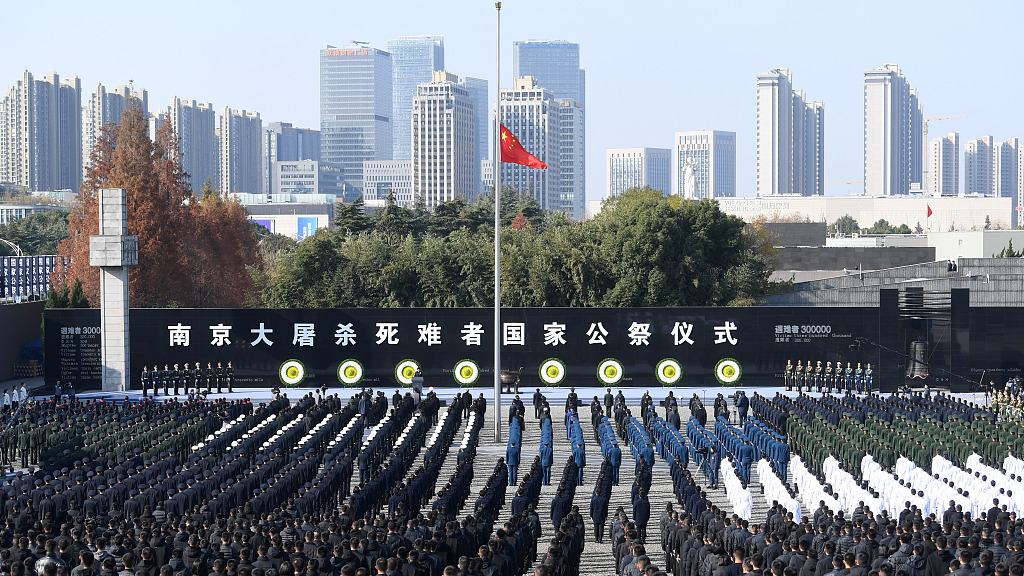 People participated in memorial services across China on Monday to remember the victims of the 1937 Nanjing Massacre. On this day, 84 years ago, Japanese troops captured the eastern city of Nanjing and committed countless atrocities, killing more than 300,000 Chinese civilians and unarmed soldiers for six weeks.

In Beijing, different generations of people told CGTN that they will remember the horrors of this horrific incident. Shen Wanting, a 19-year-old sophomore, said even for the generation born after 2000, the chapter was never far away.

"I still remember the terror of the massacre from documentaries I watched as a third-grader. It's so painful that I don't think I'm ready to go to the Nanjing memorial hall." She said. "Our generation remembers and honors this day. It's a day of grief."

The Memorial Hall of the Victims in the Nanjing Massacre by Japanese Invaders, founded in August 1985 and located in the western part of Nanjing, was one of the key locations where Japanese soldiers committed mass murder and rape. Many of the victims were buried here.

Thirty-year-old Ma Yunjie said that he visited the memorial hall last year. The experience struck him with how impossible the times were. "It occurred to me how hopeless people must have been then, and what a time of utter horror it was." He said he has since asked other friends to visit the hall when they have a chance. "No one should forget, and I do think everyone should go to the memorial hall and pay tribute when they have a chance," Ma said.

In September 1931, Japan invaded the northeast region of China in what historians call a deliberate attempt to conquer the entire country by force.

The aggression escalated into a full-scale offensive against the Chinese nation in 1937. The year also witnessed the beginning of World War II in Asia. In December that year, Nanjing fell into the hands of Japanese forces, who then ransacked the city with premeditated, rampant barbarity.

Gao Xiaobo, a 61-year-old from Heilongjiang province in northeast China, said that chapter is especially painful for people from the area to remember.

"I tell my children since they were young that they should in no way forget what happened then and how difficult it was to rise above the trauma and have a good life now. Instead, we should cherish what we have now." She said.

Wang Qingshan, 46-year-old, said looking back to the times of the war and atrocities is important. "It's important to look at the horror of the past in the eye, for China as well as for Japan. We never want that part of history to repeat itself, and we want peace. To do that, we must take into account the full history," he said.