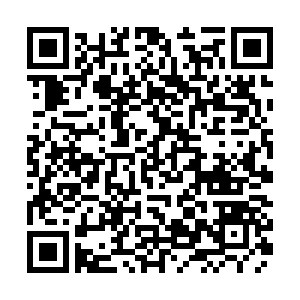 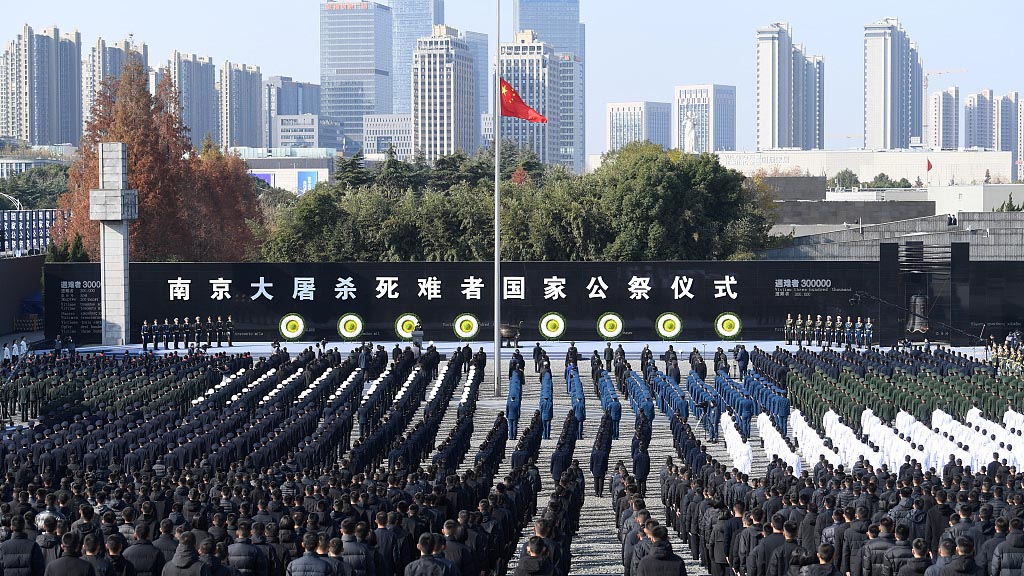 This year marks the 84th anniversary of Nanjing Massacre, one of the most barbaric episodes of World War II.

Over 3,000 representatives from all walks of life gathered here to remember the 300,000 people killed by Japanese troops in 1937. The representatives include families of the survivors, central government officials, soldiers and medical representatives.

In the morning, after the flag-raising ceremony, China's national flag was lowered to half-mast.

The ceremony started precisely at 10 o'clock. The representatives stood in tribute for one minute. Sirens started to blare and the entire city came to a halt.

11 survivors of the Nanjing Massacre passed away this year, leaving the total registered number of survivors at just 61. The average age of those who remain is 91, and they couldn't make it to the ceremony, but their families came to represent them.

58-year-old Liu Liu is the daughter of Liu Minsheng, a Nanjing Massacre survivor. "The 300,000 compatriots had perished in a tremendous tragedy," she said at the ceremony. "China is much stronger than before and aggressors can no longer invade."

China has been preserving survivors' testimonies by recording them in written documents and video footage. Many international friends are also doing what they can to raise international awareness of the massacre.

Chris Magee, grandson of John Magee, who recorded the Japanese atrocities in Nanjing with his camera, and Japanese teacher Tamaki Matsuoka, who challenges Japanese perceptions of the country's war crimes in the Rape of Nanking, made speeches online at the candlelight vigil on Monday night.

Over the past 8 years, more and more people around the world participate in the ceremony, to commemorate those 300,000 lives lost in this crime against humanity, to honor those national heroes who fought bravely in the war and also to cherish today's peace and stability.

(Cover: The photo taken on December 13, 2021 shows the exterior of the Memorial Hall of the Victims in Nanjing Massacre by Japanese Invaders in Nanjing, China. /CFP)