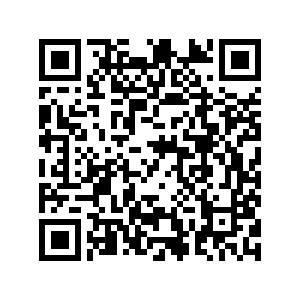 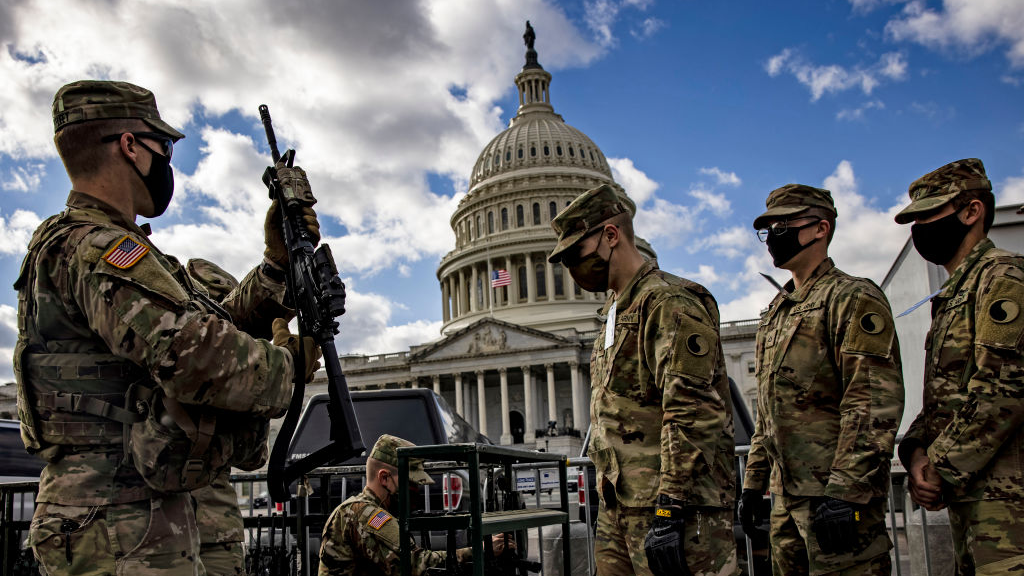 Virginia National Guard soldiers are issued their M4 rifles and live ammunition on the east front of the U.S. Capitol in Washington, D.C., on January 17, 2021. /Getty

Virginia National Guard soldiers are issued their M4 rifles and live ammunition on the east front of the U.S. Capitol in Washington, D.C., on January 17, 2021. /Getty

U.S. President Joe Biden's big idea is the "alliance of democracies," rallying the "democratic" allies to help the U.S. prosecute its new Cold War with "autocratic" China and her widening circle of allies. Last week's virtual Summit for Democracy was supposed to inaugurate its annual signature event. By all accounts, it has fallen flat. It could hardly have been otherwise.

The U.S. is in a bind. It has never needed to weaponize its liberal democratic political system in prosecuting its foreign policy; as the recent ignominious withdrawal from Afghanistan showed, its economic and military capacities are dwindling. However, there has never been a worse time to do so; U.S. democracy, even more than its Western counterparts, is ramshackle, racked by waves of unrest, popular distrust, corruption and disaffection.

Biden campaigned on restoring U.S. democracy at home and repairing its democratic alliances abroad after the Donald Trump years' damage to both. However, it is clear that he is caught in the same maelstrom that produced Trump. At home, his election victory itself underlined this. He won the election, barely, by spending nearly twice as much Trump, and nearly twice as much as former Secretary of State and presidential candidate Hillary Clinton, who outspent her rival in 2016 and still lost.

At the summit, Biden was forced to mention at least some of the many shortcomings of U.S. democracy, however perfunctorily and to refer to the "global recession of democracy." He pledged to do better. However, can he?

Western democracies have been declining for decades because their governments have had one overriding objective: to keep in power an ever narrowing elite of financiers and a few big corporations at the expense of the people. They can only accomplish this through increasing corruption, fraud, and electoral manipulation by money, media and social media. As they have increased, "populism" has mobilized rising distrust of the established power.

No wonder even the mainstream of the Western media, normally cheerleaders of what the U.S. does, was calling the summit ill conceived, hypocritical, ill-judged, divisive and likely counter-productive. After all, the U.S. itself has slipped to the status of a "flawed democracy" according to "democracy rating agencies."

Things were not that much better even in the heyday of liberal democracy. The original political systems of the homelands of capitalism were liberal. Representatives of tiny propertied classes managed their common affairs. They became democratic in the limited sense of (gradually) extending the franchise to the adult population only thanks to fierce struggles of the people. Even as they did so, they, however, made democracy liberal. 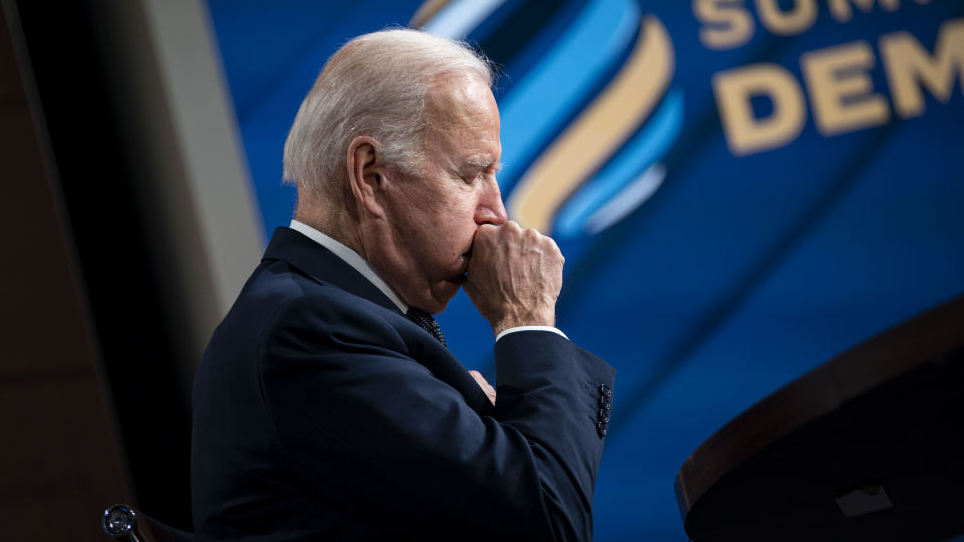 That is to say, they ringed it around with all sorts of constitutional limitations – above all rights to private property and various "checks and balances" – that prevented popular power from infringing the rights, privileges and power of small elites to appropriate more and more of the income and wealth of the nation. No wonder, even in the post war heyday of Western liberal democracies, the CIA and its offshoots had to be mobilized to keep these societies capitalist.

Biden had been failing to rally declining democracies abroad, whether in the G20, in the USMCA North American free trade area or at COP26, and the failure was confirmed at the Summit for Democracy. For all the talk of democratic "ideals," the summit guest list, which included 29 countries considered "partly free" by the NGO Freedom House, raised many eyebrows.

While mercifully keeping Saudi Arabia out, it included Brazil's President Jair Bolsonaro and India's Prime Minister Narendra Modi both of whom have gruesomely violated their citizens' rights to life itself during the pandemic.

Why, many asked, were they included and Turkey's President Recep Erdogan or Hungary's Prime Minister Viktor Orban left out? Why was Juan Guaido, whose pretension to being Venezuela's leader is getting laughable by the day, included? Why was Taiwan region included, even though the U.S. itself accepts both the one-China policy and the People's Republic of China's claim to be its rightful government? Rather large parts of the realpolitik slip were showing under the frilly democratic skirts.

Moreover, new divisions are emerging in the traditional Western alliance. Continental Europe would prefer a less shrill approach to China and Russia. However, the distinctively new Anglo-American alliance, complete with vassal states like Australia, that is emerging with pacts like AUKUS, prefers a hawkish stance.

Though Western commentary has already pointed to many dangers and shortcomings of the recently concluded summit, it has overlooked the most important danger. China and other socialist countries can and have countered with a serious critique of capitalist liberal democracy and proposed credible conceptions, institutions and practices of democracies of their own such as with China's white paper on its whole process people's democracy and the joint essay by Chinese Ambassador to the United States Qin Gang and his Russian counterpart Anatoly Antonov published in Washington DC. If you want to talk democracy then, they are saying, let's talk it.