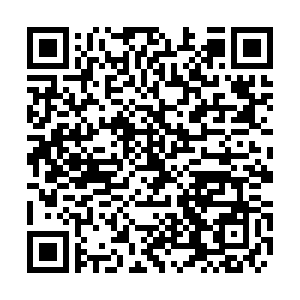 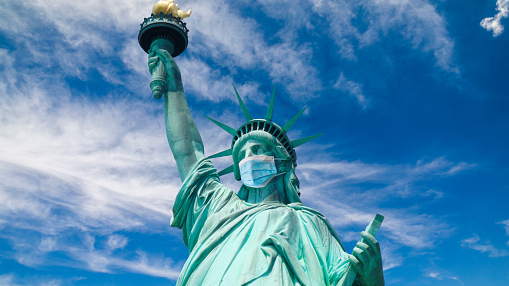 In approximately six weeks the 2022 Winter Olympics in Beijing will begin. Americans are sure to rally around the flag during the 16 days of competition, screaming loudly in hopes that their athletes will find success on the Olympic stage. Passionate cries of "we're number one" will follow, should the U.S. sit atop the medal standings.

Of course, winning the most medals would lead to moments of intense national pride. Politicians would be quick to talk about "American values" of hard work and determination, while applauding the athletes for upholding "our way of life."

Though I doubt it will happen, it would be a good idea in advance of the Olympics for every American to ask how those "American values" and "our way of life" have been polluted in the fight against the coronavirus. A country that leads the world in two dubious categories – the total numbers of coronavirus cases and deaths – must reassess how its institutions, leaders and private citizens have sought to do what is right as the global pandemic rages.

The data almost defy belief: more than 50 million Americans – roughly 15 percent of the entire U.S. population – have contracted the coronavirus; over 800,000 people have died with people over 65 accounting for almost three out of every four deaths.

"American exceptionalism" is a phrase tossed around at home and abroad by citizens who refuse to see or accept the flaws within this country. Of course, no country on Earth is perfect, but few are as boastful as the U.S. about its superiority, even though various reports and data points suggest the country lags behind others in many areas when various aspects of quality of life are assessed. A nation where superiority truly reigned would be one in which every person sacrificed even just a little bit to ensure the health and well-being of everyone else.

That notion of national sacrifice contributed to America's efforts to eliminate anti-Semitic and dangerously nationalistic leadership in Germany, Japan and elsewhere during World War II. However, over time, the nation that spoke of "we" now cares too much about "me." Self-sacrifice for the national good is just one of many democratic values not being practiced to a sufficient degree in the country that claims it is the beacon of democracy around the world.

I accept that an overwhelming number of Americans are doing what they should right now: they are getting vaccinated, limiting the places they go where the risk of becoming infected is likely to be higher, avoiding unnecessary travels and more.

Nevertheless, a significant minority of Americans – fed dangerous rhetoric about the virus through right-wing cable and radio programs – cannot be moved. They believe the virus is nothing more than the flu and that the government has no right to demand they be vaccinated or otherwise prevent them from doing what they want to do, with whom and when. 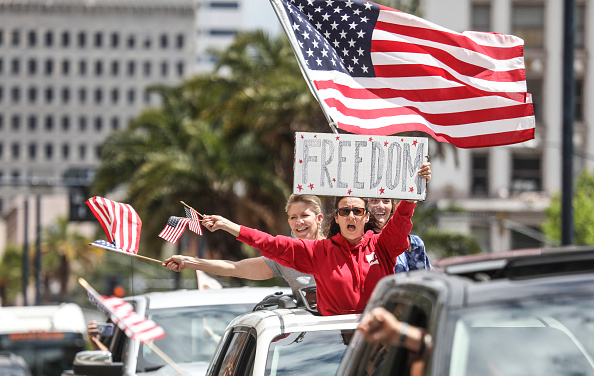 Sadly, too, many American politicians feed these idiotic positions. Republican politicians at the federal, state and local levels have deliberately undermined the scientific evidence presented by the Centers for Disease Control and Prevention and other reputable medical and scientific organizations. These leaders also disgrace America at home and abroad by insisting that wearing masks and getting vaccinated are indicators of weak-minded thinking. Therefore, it should come as no surprise that the worst of the coronavirus numbers can be found in the southern U.S., where Republicans dominate the political landscape. Forgive me if the following words are too blunt: the arrogant are leading the ignorant into illness or worse, and they are undercutting democratic norms in the process.

Of course, ask these "leaders" to explain how a country like China has been able to curtail widespread coronavirus outbreaks and keep its death toll at such a low number, and you know the reply you will receive: the Chinese government is demanding its people get vaccinated or isolate should they be in an area where cases are growing.

But is that not what government representatives who care for their people ought to be doing? Is it not fair to say that one of the hallmarks of a democratic nation is that the people rally around their leaders – and listen to them – in dangerous times? Is it not consistent with democracy that citizens acknowledge that their leaders speak for everyone when they ask for sacrifice and a commitment to do what is right for the country? When crises befall the homeland, is it not in a democratic land where providing social and other services targeting the elderly and other vulnerable pockets of society ought to be guaranteed? And is a viable democratic country also willing to share its bounty with the less fortunate, especially when it is needed?

Once you answer "yes" to those questions – and there is no other answer – it is time to reflect on where support for the government is taking place, a positive response to calls for sacrifice are being heeded and resources are being provided for people. It is certainly not happening in America. As a result, a nation that speaks about the viability of its democracy is watching it being eroded by selfish people, irresponsible leaders and greed.

Those are not "American values" and are not associated with "our way of life." Self-centered people listening to sham evidence delivered by rogue leaders undermines American democracy. The self-righteousness exhibited by too many people will certainly lead to more coronavirus cases and more deaths.