Download
China and Russia are not to be denigrated by the U.S.
First Voice 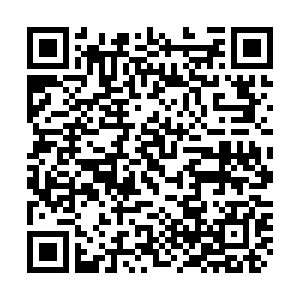 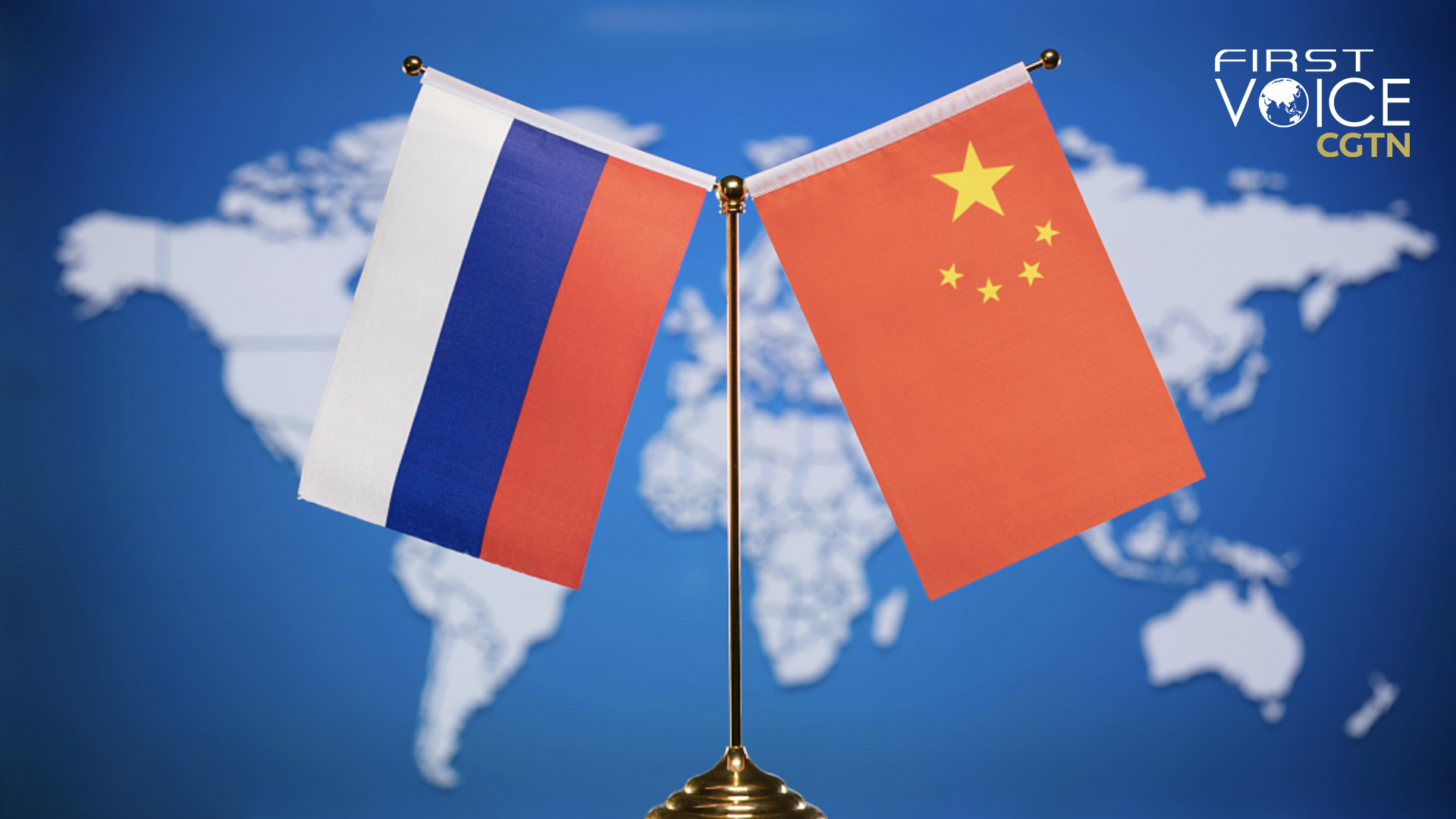 On December 15, Chinese President Xi Jinping and Russian President Vladimir Putin held a virtual meeting days after the U.S. Summit for Democracy ended and the G7 Foreign Ministers meeting tried to paint China and Russia as the greatest "threats" to the world.

Both China and Russia have deep and profound cultures and histories. The literature and philosophy from both nations is admired and studied around the world, containing the seeds of wisdom that have been cherished by all of humanity. Both countries have blazed pioneering historical paths for themselves, following no other nations but instead finding their own way.

Perhaps due to their long and proud histories, the people of both nations in their bones have flat out rejected American hegemony, to the extreme annoyance of certain Washington politicians. This is the bottom line of why China and Russia were not invited to America's Summit for Democracy. From a practical point of view, the U.S. is frustrated because its corporations have never been able to penetrate and dominate the economies of either country. This is because both China and Russia refused to blindly accept the U.S.'s economic rules of the road.

The U.S. paints these rules as somehow neutral and balanced, but they tend to favor U.S. business interests. The U.S. is also frustrated because its attempts to expand its sphere of military and economic hegemony to the borders of China and Russia have failed. In fact, the tide of U.S. power and influence is receding in Asia and Eastern Europe. 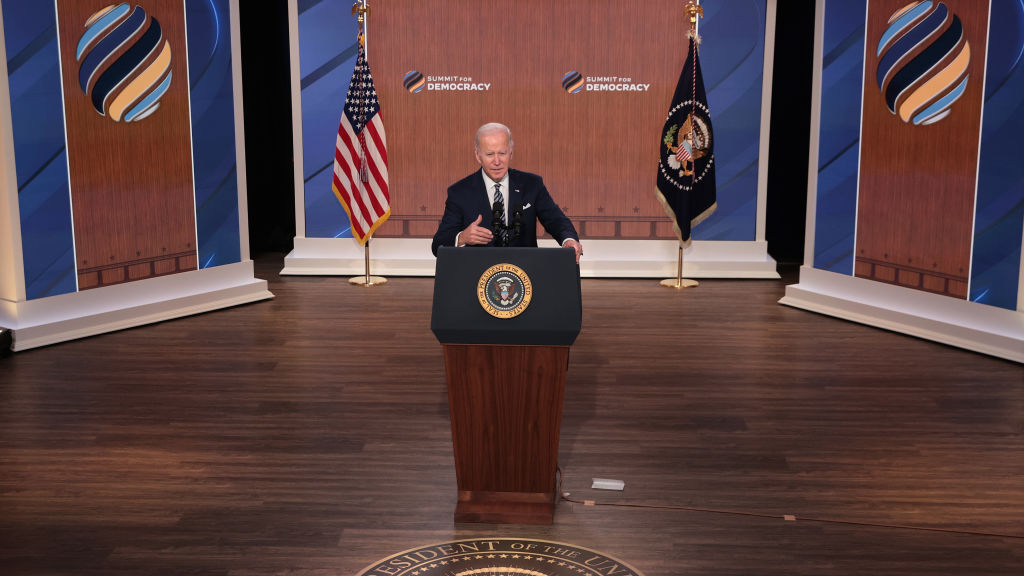 The U.S. is expressing its frustration with its inability to control every aspect of global affairs by lashing out, often in self-harming ways. An example is the U.S.'s economic war on China, which has harmed American interests far more than those of China's. After all, China has a far larger domestic market, and is less dependent on trade with any single nation. In addition, while the U.S. antagonized its traditional trading partners, including its closest allies, China has been building trade ties with its closest neighbors, countries along the Belt and Road Initiative and beyond. It's no coincidence that the U.S. has also waged economic warfare against Russia, nominally for human rights violations, but in fact for defying America's vision of itself as role model and policeman of the world.

The U.S. has also politicized the Olympics in an attempt to hurt both nations. China and Russia have been targets of U.S. Olympic boycotts that have accomplished absolutely nothing. In 1980, the U.S. boycotted the Moscow Games, barring its athletes from participating. As usual, the U.S. was unable to look a move ahead and forgot that its opponents can take countermeasures. And sure enough, Russia led a boycott of the Los Angeles Olympic Games in 1984. These two boycotts hardly changed the political landscape. In fact, most people would be hard pressed to name the issues behind the boycotts. But the boycotts did destroy the Olympic dreams of a generation of athletes, who were not able to compete in a prominent global event during their prime years.

The U.S. appears to have learned little from this experience. The Biden administration is imposing what it calls a "diplomatic boycott" of the 2022 Winter Olympics in Beijing. While allowing U.S. athletes to participate, no U.S. officials will attend. This is a typically impotent show of force by the Biden administration. China had not invited U.S. officials to attend in the first place, and the Games' success is about athletics, not ideology.

U.S. pressure to isolate China and Russia over the past decade comes as the two nations realize they share many common interests. Their economies are complementary in many ways. China has a high demand for Russian energy and raw resources, and Russia benefits from China's strong manufacturing and high-tech sectors. In fact, China and Russia are planning to cooperate on building a lunar base, as China starts to pull ahead of America's stalled space program. 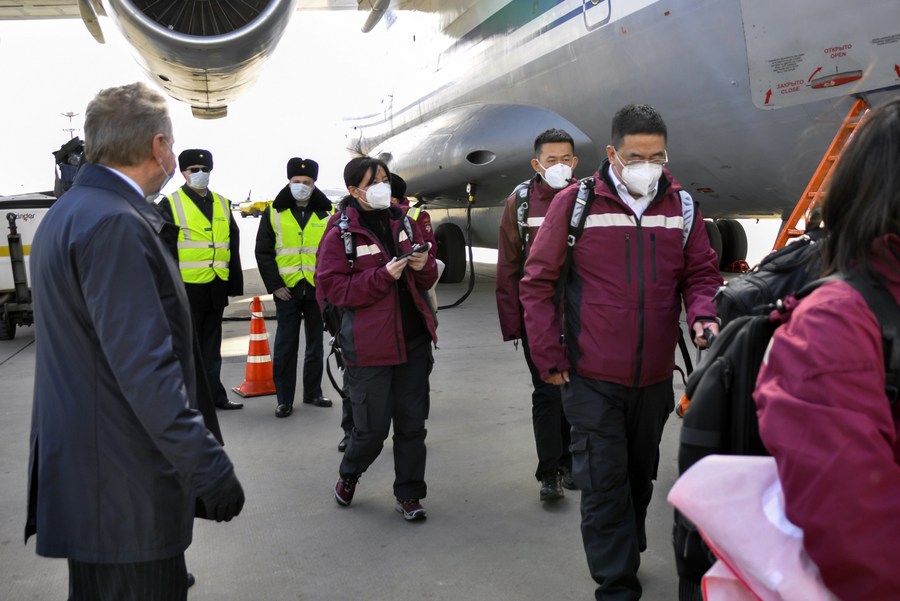 A Chinese medical team to assist Russia's ongoing efforts in the fight against COVID-19 arrives in Moscow, Russia, April 11, 2020. /Xinhua

A Chinese medical team to assist Russia's ongoing efforts in the fight against COVID-19 arrives in Moscow, Russia, April 11, 2020. /Xinhua

The U.S. claims to have a monopoly on democracy, but China and Russia have also developed political systems that serve their people and suit their own histories and development paths. The people of all nations want stability and a path to prosperity. Russian President Vladimir Putin and Chinese President Xi Jinping are both very popular among their people because they have delivered concrete results for the public. In China, for example, the rising tide of its unprecedented economic growth has lifted all boats. China has been lifting its people out of poverty since the 1980s and eliminated absolute poverty this year, which is a historic achievement.

The Biden administration is doing its best to rally what it calls "democratic nations" together, with stunts like the Summit for Democracy and novel security arrangements with Cold War-like names. The U.S. is terrified of losing its top spot in the world, but other nations are indifferent to this prospect or even welcome it. Biden's summit was met with cynical headlines around the world, even in major U.S. newspapers.

The truth is, the U.S. is finding that rallying the world against Russia and China is not going to work. European nations, for example, share many interests with Russia and China, including trade, fighting global warming and countering global health threats. The U.S.'s fear of losing its global dominance is causing it to try to denigrate rivals like Russia and China. The tactic is futile because Russia and China have many shared interests, and most other nations of the world have no interest in going along with desperate U.S. power games.