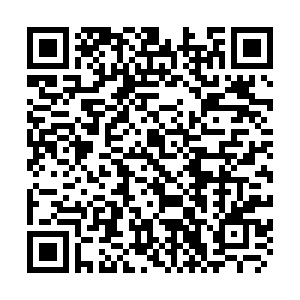 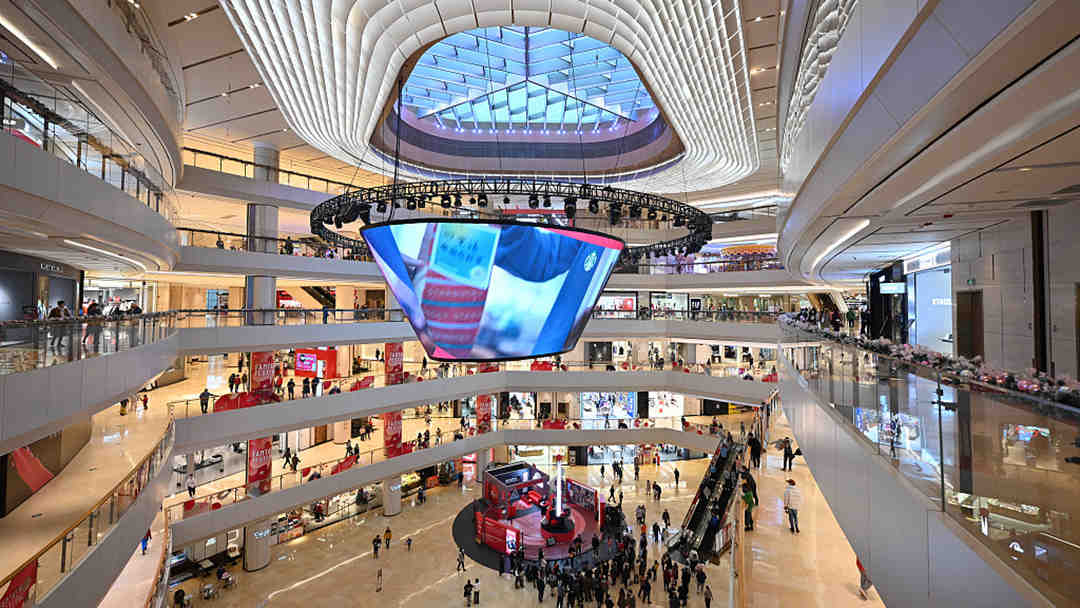 A shopping mall in Shanghai launches promotions on December 12, 2021. /CFP

A shopping mall in Shanghai launches promotions on December 12, 2021. /CFP

Retail sales, a gauge of consumer spending in the world's most populous country, grew by 3.9 percent last month from a year earlier. The figure was down from an increase of 4.9 percent in October, and was below the prediction of a 4.6-percent rise by both Reuters and Bloomberg. 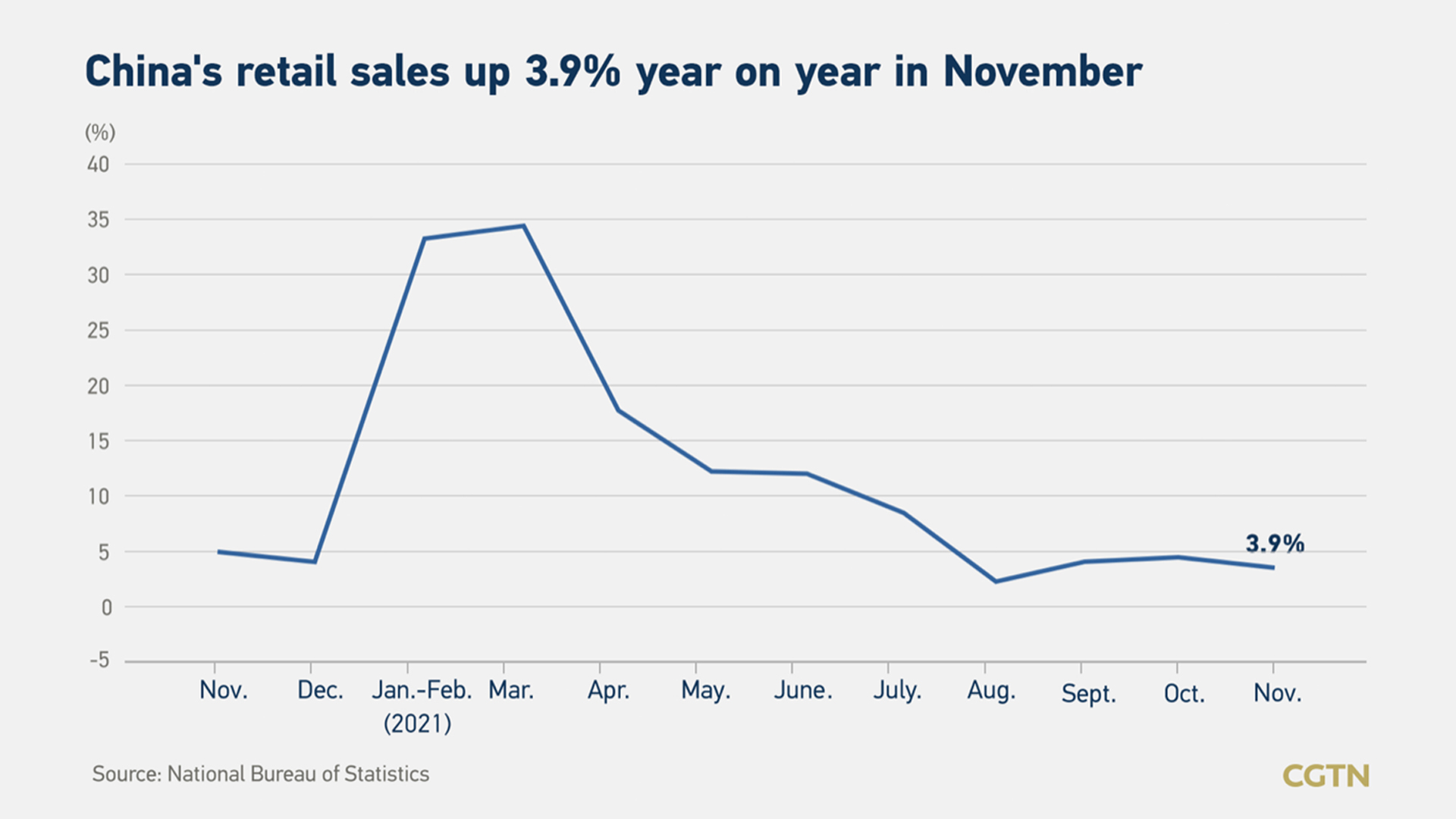 Industrial output, a measurement of activities in the manufacturing, mining and utilities sectors, increased by 3.8 percent year on year in November. This was up from a gain of 3.5 percent in October, and was above the forecast of a 3.6-percent growth by both Reuters and Bloomberg. 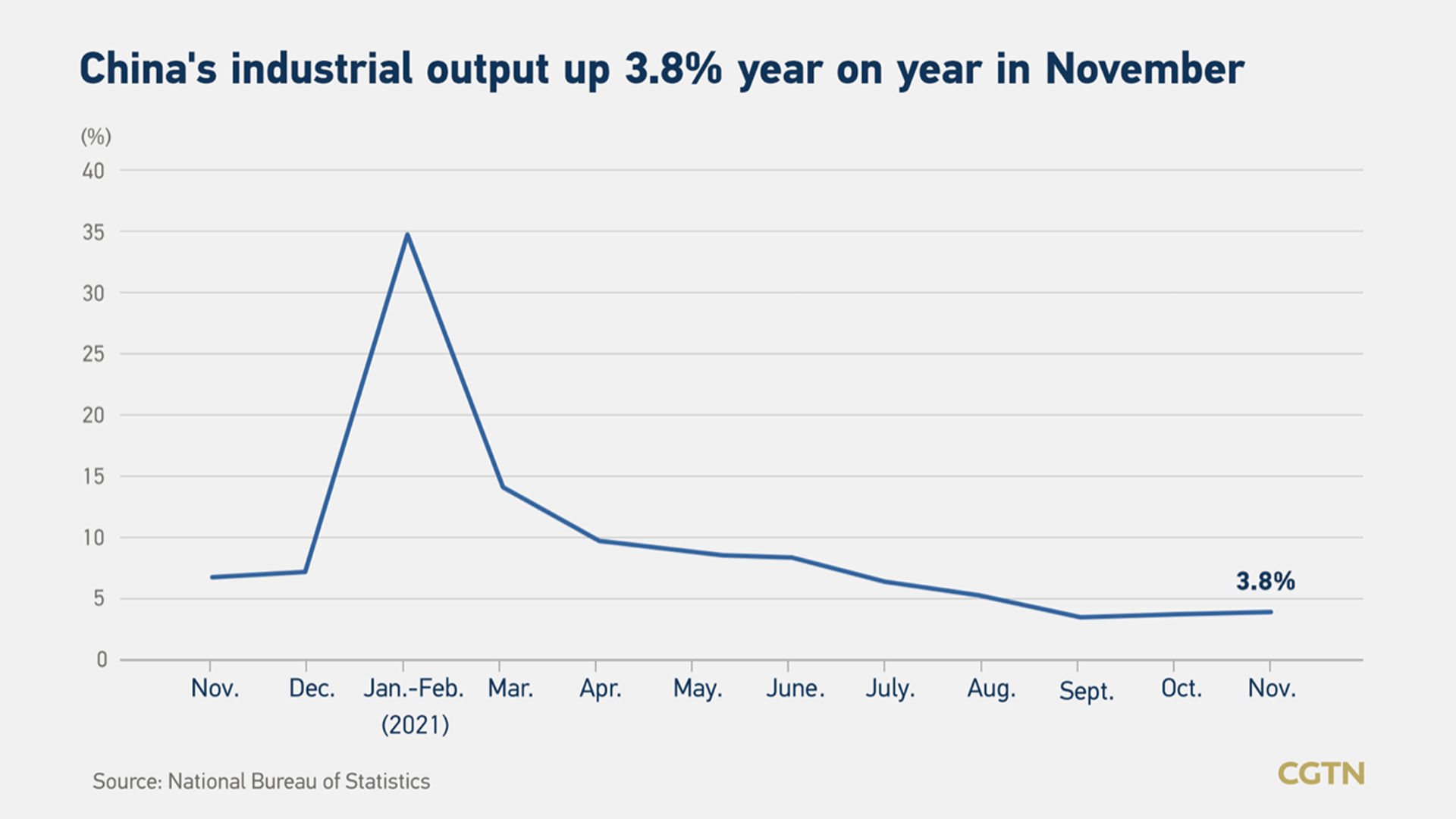 Fixed-asset investment, a gauge of expenditure on items such as infrastructure, property, machinery and equipment, rose by 5.2 percent on an annual basis in the January-November period. It was down from the 6.1-percent growth in the January-October period, and just below the estimate of a 5.4-percent rise by both Reuters and Bloomberg.

Last week, the Central Economic Work Conference, an annual economic meeting of top leaders, convened to review the country's economic performance in 2021 and chart the course for the economy in 2022.

"The figures also reflect the pressure on the economy," said Fu, citing the complex and severe international situation, the spread of the global pandemic, the poor circulation of the industrial chain and the supply chain, the rise in commodity prices, and domestic structural problems.

The surveyed jobless rate rose to 5 percent in November from 4.9 percent in October, according to the NBS. China has set a target unemployment rate of 5.5 percent for the whole year.

"Generally speaking, the national economy maintained the recovery momentum in November and the major macro indicators stayed within a reasonable range," said Fu.

"However, we must note that the international environment is increasingly complex and severe and there are still many constraints on the domestic economic recovery," Fu added.

China's GDP is expected to slow to 3 percent year on year in the fourth quarter of 2021 and 2.9 percent in the first quarter of 2022, with annual growth slowing from 7.8 percent this year to 4.3 percent next year, according to Nomura's forecast in early December.

"We expect China's economic growth to remain weak in December and Q1, because of the Winter Olympics, new waves of COVID-19… and slowing export growth," said Lu Ting, chief China economist at Nomura.

The IMF forecast that the world's second largest economy would see 8-percent growth this year in its October projection.

At the Central Economic Work Conference in Beijing on December 8-10, China's top leaders pledged to stabilize the economy and keep growth within a reasonable range in 2022.

China will implement a stable monetary policy, where liquidation flow should be kept at a moderate level, according to Han Wenxiu, a senior official with the Central Committee for Financial and Economic Affairs.

To shore up sluggish growth, the People's Bank of China has cut the reserve requirement ratio for major commercial banks by 0.5 percentage points, with the change taking effect on Wednesday. It marks the second such reduction this year and is expected to inject 1.2 trillion yuan (about $190 billion) worth of long-term liquidity into the market, according to the central bank.

"Though Beijing undoubtedly shifted its policy focus to 'growth stability' at its annual economic work conference, it has yet to present a clear roadmap for policy easing," said Lu.

"We continue to view the likelihood of a policy rate cut before end-2022 as quite small, due to elevated PPI inflation, rising CPI inflation, the clogged transmission channel and upcoming rate hikes outside of China," the economist added.