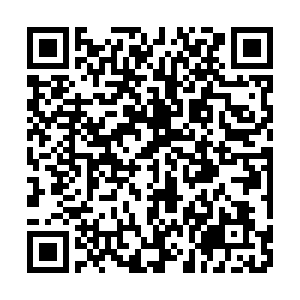 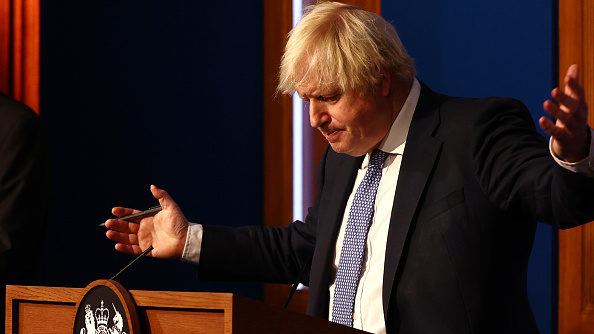 British Prime Minister Boris Johnson gestures as he speaks to the press at 10 Downing Street in London, December 8, 2021. /Getty

British Prime Minister Boris Johnson gestures as he speaks to the press at 10 Downing Street in London, December 8, 2021. /Getty

When the British went to the polls in July 2019, it was clear in their minds that Prime Minister Boris Johnson had the verve and vision needed to transform the fortunes of the former top member of the European Union (EU). The United Kingdom (UK) needed a savior as it struggled in rudderless sailing amid the Brexit storm after pulling out from the EU.

Theresa May, Johnson's predecessor, was suffering from inertia, and the UK felt a loose cannon would bulldoze things after exiting the European bloc by the January 31, 2020 deadline. But power has a way of getting in the way of sound judgment, and even common sense, particularly in a liberal democracy dispensation. If the current polls are a true reflection of how the British feel, then the savior has become a blunderer who the British cannot wait to show the door.

According to a new poll published by the Observer on December 11, support for Johnson's Conservative party has fallen commensurate with the rising support for the Opposition Labor Party, which has recorded significant gains for the first time since 2014. Word in the corridors of power at 10 Downing Street is that Johnson's own party plans to throw out his proposals on curbing the spread of the new COVID-19 Omicron variant. Experts say this most likely comes from the realization that Johnson has not been serious in his pronouncements on the pandemic.

While anyone is vulnerable to the coronavirus, Johnson's bout with the disease in April 2020 left no doubt about the PM's triviality amid the pandemic. Downing Street tried to spin the incident until it was too critical to deceive the British anymore. An article published by The Guardian on April 17, 2020, painted a web of deception on the PM's grave illness at the time, saying, "A lack of candor at a time of national crisis? It wouldn't be the first time."

Critically, Johnson's top staff have been implicated with blatant breach of COVID-19 rules, which has led to their disgraceful resignation. The staff cited for COVID-19 misconduct include then-Deputy Communications Director Jack Doyle, now the PM's press secretary who reportedly addressed a party of up to 30 guests at Downing Street at the height of pandemic restrictions last Christmas. On December 8, Johnson's adviser Allegra Stratton resigned following the surfacing of a video that showed her as part of the party hosted by Doyle.

One of the most shocking resignations was that of Johnson's closest advisor Dominic Cummings, who stepped down at the end of 2020 for his transgressions against the COVID-19 pandemic. Observers also attributed Cummings' exit to pressure from U.S. President Joe Biden, who viewed him as a barrier to U.S.-UK trade relations after Brexit. 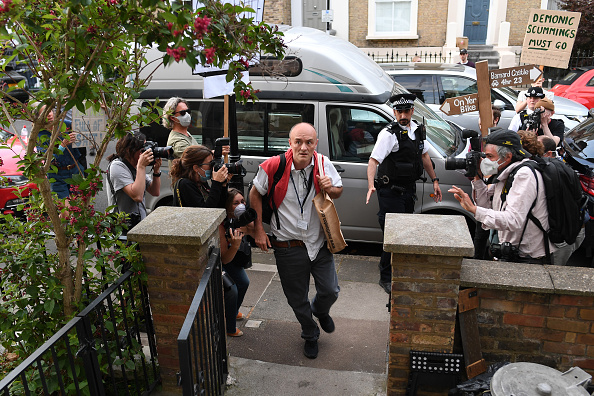 Ironically, it was these politics that were the backbone of Johnson's election as the PM and subsequent Brexit success. Worse still, at the height of the Afghanistan evacuation crisis, it was recently revealed that Johnson ordered cats and dogs to be given priority in the evacuation exercise, which critics say is evidence of the PM's poor judgment.

Basically, British citizens are angry because of Johnson's hypocrisy during COVID-19 restrictions, preaching water while getting intoxicated with wine. With the resignations of his top staff coming fast and furious, observers say it is just a matter of time before he is exposed to the voracious Labor Party, who has been out in the cold since former PM Gordon Brown left office in 2010.

There is nothing worse in politics than losing your Party's constituency stronghold. It portrays a total lack of credibility and a feeling of utter betrayal by the voters. A resident of Tory stronghold Margate, John Greves, seems to have summed up the nation's current feeling of dissatisfaction with Johnson when he said, "He's a very, very clever man, but I'm sad to say he's absolutely clueless."

Polls don't lie. The dye in Johnson's fate seems to have been cast already. The PM is cornered, and he seems to have only one option in the dishonorable circumstances. Short of resigning, there is not much else left for him to do. That way, he can bow out with some honor and save himself, his family and party the embarrassment of being unceremoniously thrown out of office.

Any more accusations could be the last nail on his political coffin. Maybe the British feel that Johnson has outlived his usefulness after delivering Brexit. They could also be looking for someone who will help the UK regain its geopolitical clout before the Brexit murk created by Johnson, particularly in relations with some major countries within and outside the EU.

If Johnson leaves office soon, he will join the league of UK PMs with short stints with an average of three years. With a resurgent Labor Party and a not so strong Tory leader, the Conservative Party must be feeling trapped by Johnson's antics.