Download
What does the U.S. tornado outbreak imply?
Bradley Blankenship 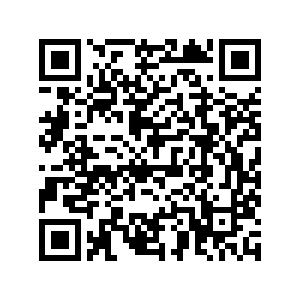 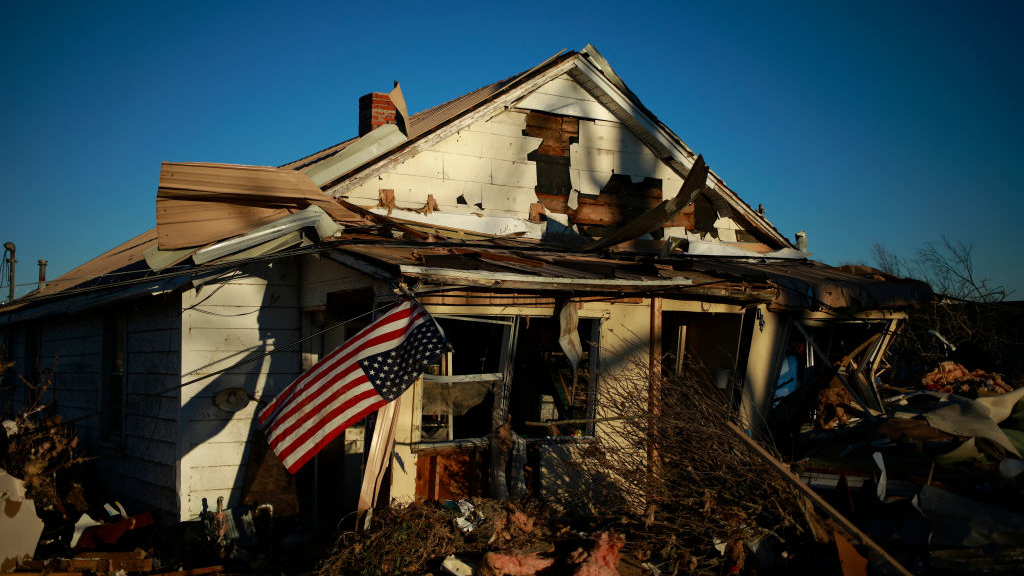 Powerful storms rocked a number of Midwest and southern U.S. states last week, including my home state of Kentucky. People who live or have lived in this part of the country, including myself, are quite used to the possibility of a tornado and grow up doing routine tornado drills in school.

However, these storms last week were abnormal and probably, as Federal Emergency Management Agency (FEMA) administrator Deanne Criswell made clear on Sunday to CNN's Jake Tapper, part of our "new normal" with climate change.

"The effects we are seeing of climate change are the crisis of our generation," Criswell said. "We're taking a lot of efforts at FEMA to work with communities to help reduce the impacts that we're seeing from these severe weather events and help to develop system-wide projects that can help protect communities."

There has already been a lot of pushback against Criswell's statement because there is still a lot of research to be done on the link between specific tornadoes and climate change; however, there has been a clearly established link between climate change and severe weather events for some time.

This catastrophe should be another warning shot for the U.S. to not only act on climate but also to invest in safe and affordable housing and adopt new worker safety regulations.

Experts have already sounded the alarm on the danger posed to southern states because of tornadoes. One issue is the fact that half of the 20 states with the highest percentage of manufactured housing – mobile homes that are not anchored to the ground and are most susceptible to tornadoes – are in southern states.

As these houses are generally more affordable, it again raises the issue of housing affordability in America and how this ties into myriad other issues, including, as we see here, climate change.

As an Environmental Protection Agency (EPA) report noted in September, the brunt of the effects of climate change in America will be felt by minorities and low-income families, highlighting the dire need for even more ambitious infrastructure action than the bill just passed by Congress, plus investments in affordable housing. 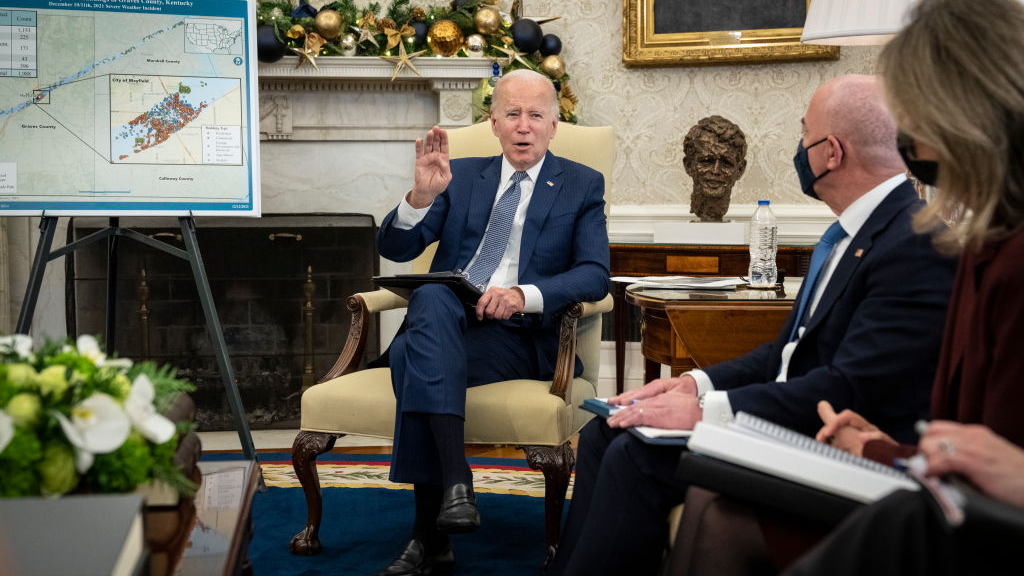 U.S. President Joe Biden speaks during a briefing about the recent tornadoes in the Midwest in the Oval Office of the White House in Washington, D.C., U.S., December 13, 2021. /Getty

U.S. President Joe Biden speaks during a briefing about the recent tornadoes in the Midwest in the Oval Office of the White House in Washington, D.C., U.S., December 13, 2021. /Getty

The tornadoes also highlight the need for worker safety regulations in the face of this "new normal." In Edwardsville, Illinois, an Amazon warehouse was ravaged by an EF3 tornado, killing six people and leaving more injured. A union representing employees blasted the company for having workers on-site while a major thunderstorm was taking place. Amazon is notorious for its abusive labor practices.

In response, the company said that it directs employees to shelter when severe weather is reported, but this doesn't explain why workers were there in the first place or the fact that the company obviously did not have a suitable storm shelter for all of its employees.

Another large workplace, a candle factory in Mayfield, Kentucky was also destroyed by a tornado. At least eight people were confirmed dead, and several more were missing.

The 110 people who were working inside this plant owned by Mayfield Consumer Products LLC were reportedly under immense pressure from their employer. A job listing posted hours before the tornado struck showed that employees made $8 per hour (just 75 cents higher than the federal minimum wage), worked 10-12 hour shifts Monday through Thursday and were expected to work mandatory overtime.

In addition, according to local media, there were seven inmates working on a so-called "inmate work program" from the Graves County Jail on-site at the time of the tragedy, some sustaining life-threatening injuries. It's unclear how much they were paid, but it's been reported that the county takes a percentage of wages, and wages are garnished to pay fines and jail fees, so it is likely this was well below minimum wage.

First of all, it is inexcusable for the U.S. to exploitatively use inmate labor as it accuses other countries of doing this. Secondly, in each of these cases, workers need to be ensured a safe work environment and pay that is commensurate to the hard work they are putting in. The U.S. cannot claim to be an example of human rights if it lets its workers die in such horrific ways while working for starvation wages.