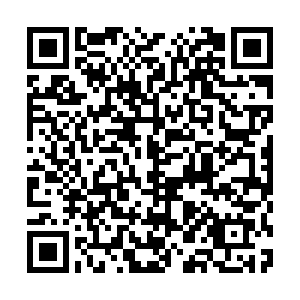 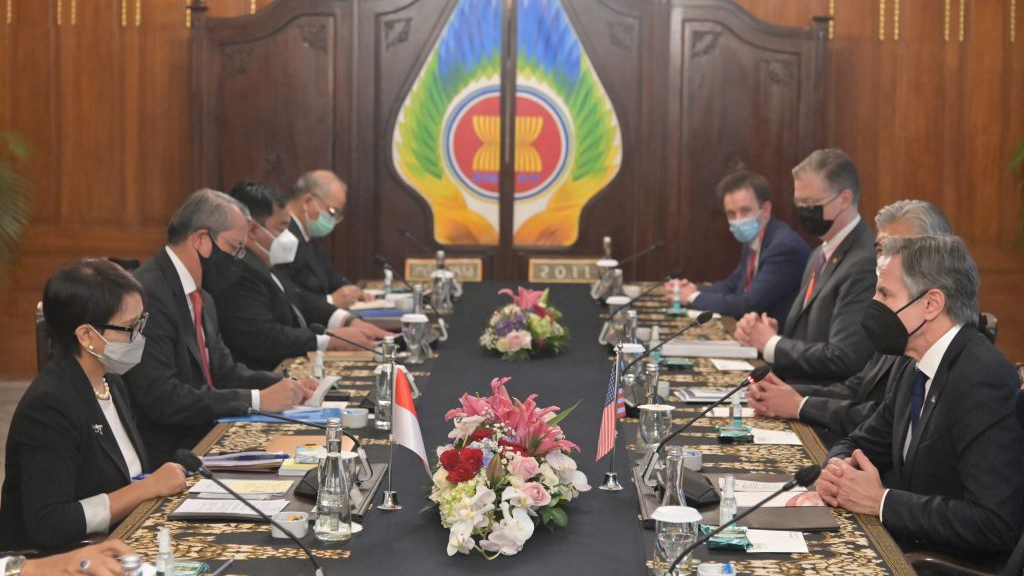 Editor's note: William Jones is the former White House correspondent for Executive Intelligence Review and a non-resident fellow of the Chongyang Institute for Financial Studies. The article reflects the author's opinions and not necessarily the views of CGTN.

Not since the Vietnam War have so many top U.S. diplomats traveled in such a short time-span to Southeast Asia: Deputy Secretary of State Wendy Sherman; Defense Secretary Lloyd Austin; even the U.S. Vice President Kamala Harris was sent on a "good will" mission to Southeast Asia. U.S. President Joe Biden himself participated personally in a virtual meeting at a U.S.-ASEAN summit in October.

And Secretary of State Antony Blinken was making a grand tour of three ASEAN countries in which he hoped some of the ASEAN nations could be wooed away from their cooperation with China. After making his planned stops in Indonesia and Malaysia, the discovery that a journalist in the press pool on the plane tested positive for COVID-19 led to the cancellation of the Thailand leg of the trip.

Blinken has often had to tread carefully in dealing with the ASEAN countries. While almost all are interested in maintaining good relations with the United States, they are also wary of becoming pawns in the game of U.S.-China rivalry.

In Indonesia, Blinken first struck a strident tone. Speaking at the Universitas Indonesia on December 14, he warned about China's "aggressive actions" in the South China Sea, charging that their deployments in the sea were endangering "freedom of navigation," although to this day no commercial vessel has been stopped or even accosted by Chinese ships in this maritime region that is also their country's lifeline. In Malaysia, he was somewhat more circumspect in his formulations.

As in many developing countries, China's Belt and Road Initiative (BRI) has struck a spark of optimism in the ASEAN countries. And with the BRI, the long-awaited – and long-delayed – trans-Asian Railway could begin to take shape. The just-completed China-Laos Railway is one of the first routes coming from China into the peninsula, with all that it presages of linking up with China, and from China with the Eurasian heartland beyond. Progress is also being made on the Jakarta-Bandung Railway, and an underground metro line has been built by China in Hanoi. 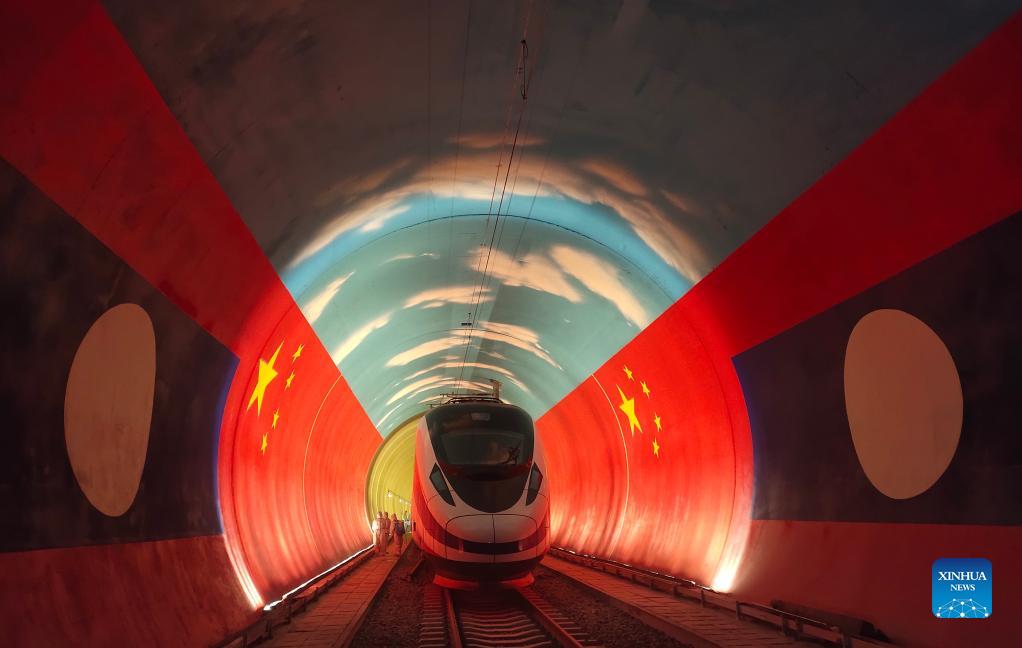 It's interesting to find that although different interest groups in the various recipient countries tend to cause a bid of political jockeying over routes and cost, making it difficult to get over the legal hurdles, the basic process is in motion and will no doubt move forward at a steady pace.

But the Biden Administration hopes to disrupt by using the fear of China in order to scuttle some of these projects. Blinken is, of course, promising an alternative in Biden's much-touted Build Back Better World.

This is a presumptive plan to get private industry to do some serious infrastructure building, with some financial encouragement from the U.S. or from "allied" governments. But no plans are yet on the table for major U.S. infrastructure projects in Southeast Asia or anywhere else.

Biden will be lucky if he finally gets his $1 billion program for the United States. What Blinken is promising is some investment in "clean energy," and whatever U.S. private investment they can muster.

Some promises are being made that U.S. firms will leave China for purposes of "supply chain" transformation and end up in the ASEAN countries. But there is no mass exodus of U.S. firms from the lucrative Chinese market, and this doesn't seem to bode well for ASEAN's industrial future.

The U.S. is also not terribly interested in buying more from the ASEAN countries. There is absolutely no interest on the part of the U.S. in joining the CPTTP, since this would require a lowering of U.S. tariffs which would put a hole in Biden's plans for U.S. recovery based on those tariffs.

Biden indicates that Commerce Secretary Gina Raimondi will be coming to Southeast Asia soon with some new trade plans that would benefit these countries (but obviously exclude China).

But the nations of Southeast Asia are not likely to buy any such "fool's gold." If the trans-Asia Railway becomes a reality, Southeast Asia has a new lifeline to the biggest market in the region – China. And from there, it is only a high-speed rail trip to the rest of Eurasia. A simple view of geography can teach even the most dull-witted in which direction a prosperous future for ASEAN lies.