Download
Official: China's whole-process democracy is a gift to the world
CGTN 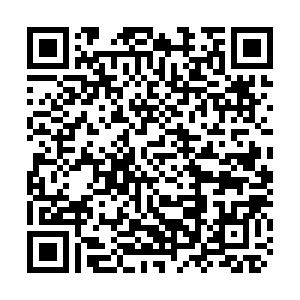 China's whole-process democracy is a gift to the world, said Du Zhanyuan, president of the China International Publishing Group (CIPG), at the closing ceremony of the International Forum on Democracy: The Shared Human Values on Wednesday.

The forum invited over 500 guests from more than 120 countries and regions, and at least 20 international organizations, both online and offline.

No fixed model of democracy for all

As a common value and pursuit of mankind, the development of democracy has never been smooth, and there is no fixed model for all civilizations, said Du, adding that the institutional setbacks faced by Western countries over the past 10 years are proof of this.

However, by inviting political figures, the U.S.-hosted "Summit for Democracy" bore obvious political intentions, which were sabotaging democracy and creating division by splitting camps, said Du.

He highlighted China's progress in pursuing democracy over the past centuries, saying the country's practice of democracy is closely attached to its culture and domestic situation.

A democratic global governing system should be open and inclusive, said Du. He cited China's experience in eliminating absolute poverty from the country as an example, saying that the country has absorbed positive practices from the world, and shared its own technology and experience in return.

Common development and security, as well as fairness and justice, should all be considered norms when deciding whether a global governance system is democratic, Du said.

For example, China's Belt and Road Initiative has become a popular international public good and the largest cooperative platform. As of November this year, China has already signed over 200 cooperation agreements with 140 countries and 32 international organizations under the initiative, helping to lift 7.6 million people from extreme poverty.

On the contrary, the U.S., while waging trade wars against other countries, caused a total loss of at least 200,000 jobs, and had its global trade deficit last year expand from $799 billion to $916 billion, which disturbed the orderly development of the world economy.

Meanwhile, the U.S. has started wars or conducted military operations in over 40 percent of the countries on the planet since 9/11, leading to a death toll of over 800,000 people and leaving over 38 million people unsheltered.

"It is a common recognition of many people in the world that the so-called 'Summit for Democracy' is in fact forming cliques, splitting camps and drawing small coteries. It is a sabotage of the democratic progress of the global governance in the name of democracy," said Du, calling on the international community to join hands to defend the true value of democracy.