Download
With no access to gas or aid, Syrian refugees use cow waste for heating
Michal Bardavid 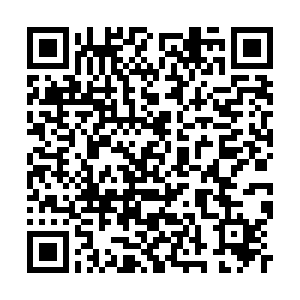 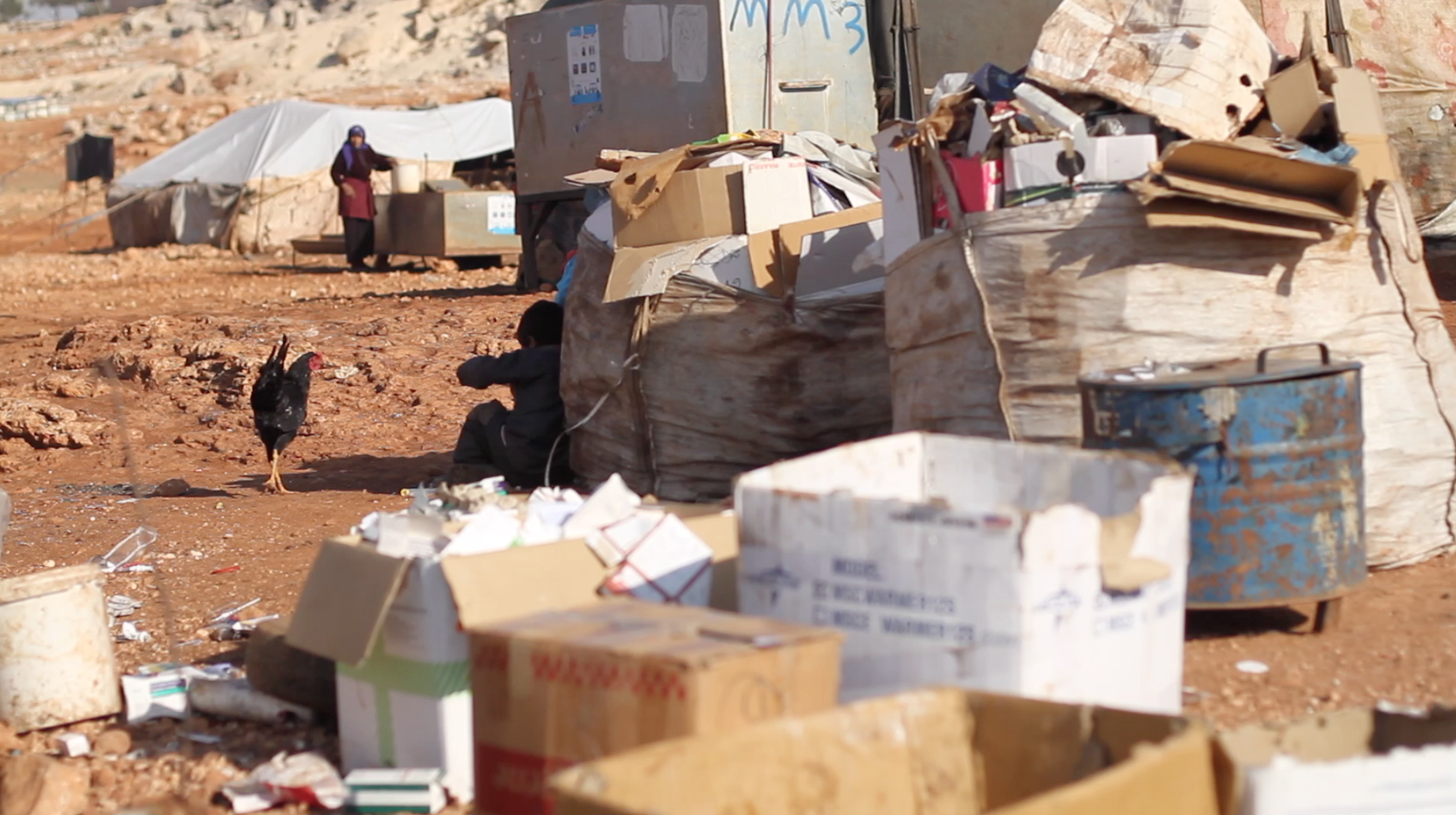 The Abu Bakr refugee camp is located in the village of Batnata in the small city of Ma'arrat Misrin of Syria's northwestern Idlib province. Its remote location has made life at the camp a real struggle for the over 450 refugees who are living there.

Winter conditions are especially taking a toll on families who have limited access to any aid. Though many aid organizations are making efforts to provide support for more than a million-and-a-half displaced people in the province, camps such as Abu Bakr are out of the reach of aid organizations.

The seventy-six families living here are taking desperate measures to survive in the cold.

The camps' director, Ahmed Mohammed Al-Naas describes the conditions in the camp with sorrow. He says the tents do not provide enough shelter, as the "fabric that does not protect against winter at all… the mattress is very thin, and the tents contain a very simple cooking kit and the most basic needs for living." Between seven to 10 people sleep in each tent, and half of them don't have any form of heating. 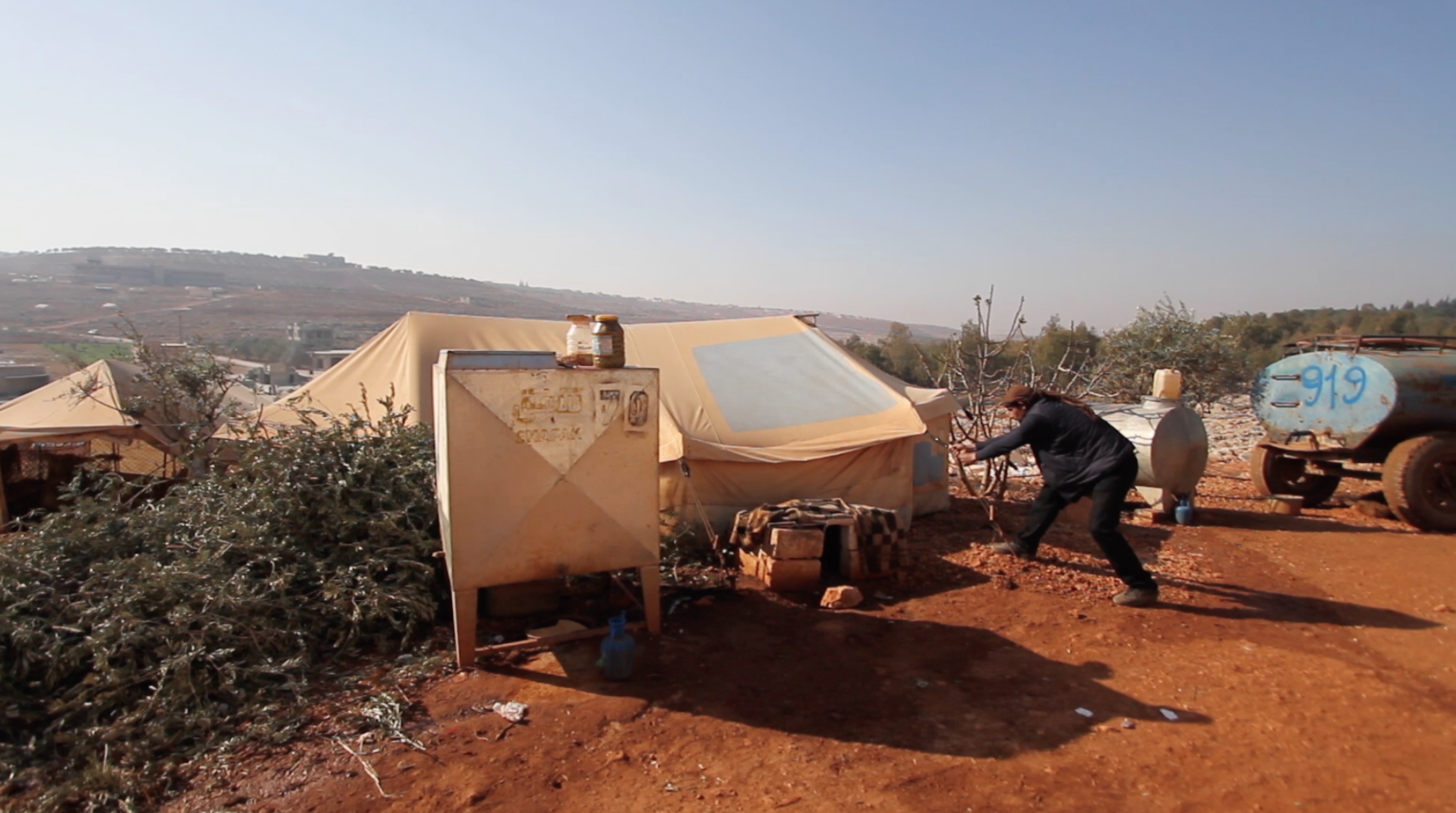 Sobhia Jassim Hussein is a mother of seven. Forty members of her extended family are living at this camp. They are originally from the city of Tartus, but became internally displaced during the war. She says her children work at the landfills all day to buy bread, and many days that's all they eat.

Heating their tent is extremely difficult as gas is unaffordable; "You know how much the price of a gas canister has become; we can only dream of it! I mean I work for a month and it is not enough to buy a jar of gas!" Sobhia explains that their daily wages are 15 Turkish liras – the equivalent of about $1.

In June 2020 – the provincial authorities adopted the Turkish currency, the lira. The move was intended to bring economic stability, but this year the lira​ has collapsed, losing almost 50 percent of its value since the beginning of the year. This in turn has impacted many Syrians now earning their daily wages in liras, including Sobhia and her family. 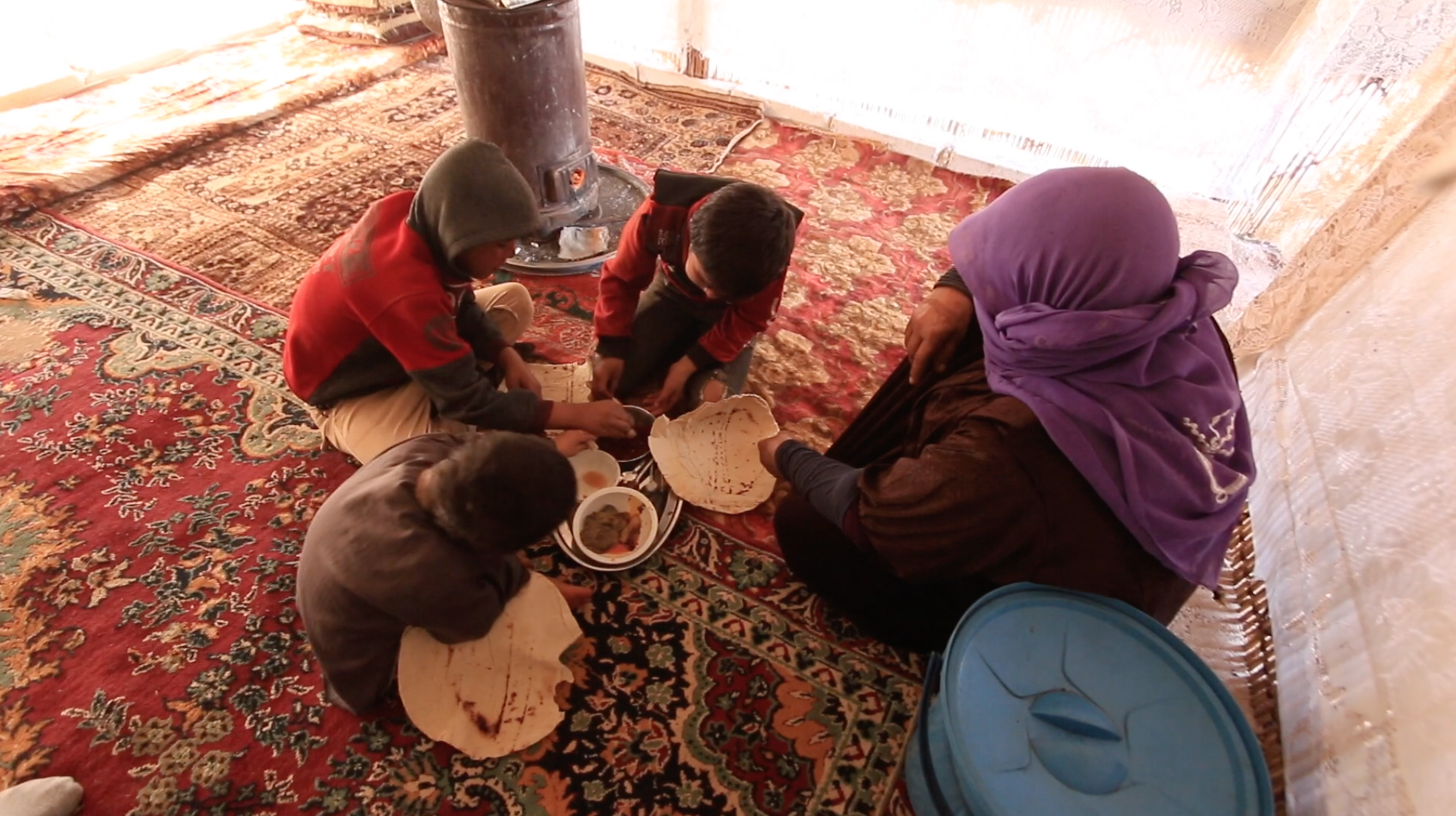 Sobhia Jassim Hussein and her children share a meal at their tent at the Abu Bakr camp in Idlib, northwest Syria. /CGTN

Sobhia Jassim Hussein and her children share a meal at their tent at the Abu Bakr camp in Idlib, northwest Syria. /CGTN

The conditions have led to some families resorting to various methods in order to keep warm – one being the use of animal waste. This fuel method would ordinarily require special equipment, but poses risks when carried out primitively.

Sobhia explains that "to make animal waste tablets we collect sheep or cow manure, mix it and add hay to it. Then we dry it during the summer, and when it dries, we pack it into bags and leave it inside the tents to burn during the winter." Sobhia demonstrates the process – kneeling on the ground and using her bare hands to create the mixture, a process that would ordinarily require a sanitary environment. 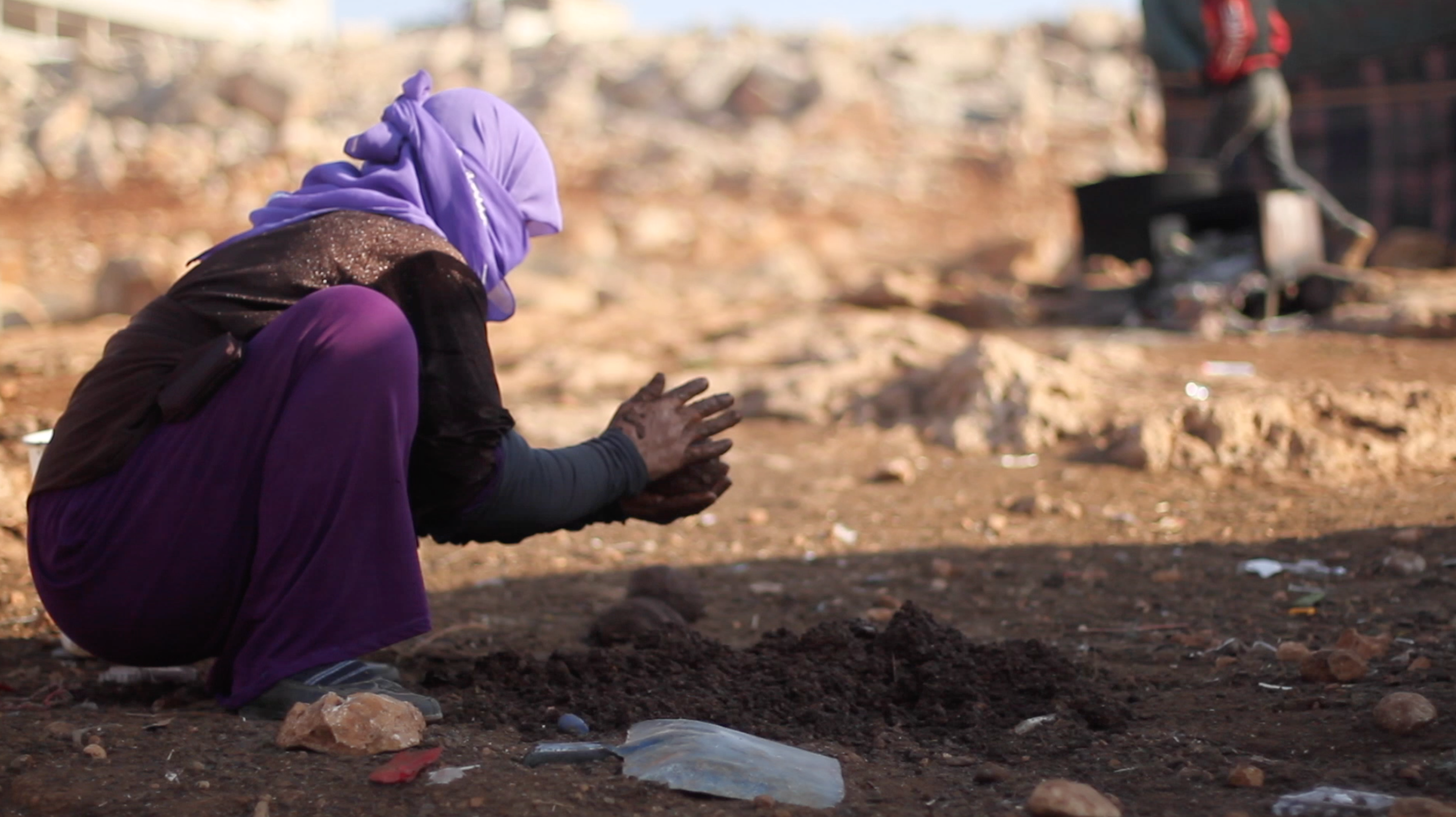 When processed, the method also creates health hazards, especially for children. Mohammed Al-Naas says many of the children in the camp are experiencing respiratory problems. Sobhia regrets having to create heat for her family this way and says her children constantly have severe coughs, and that "diseases in our children continue until the end of winter and all because of these heating methods, which are considered unhealthy."

But the families here are forced to take these measures, says Mohammed Al-Naas, as "at the present time, there is no alternative to animal waste…though plastic bags and garbage dirt are sometimes used as temporary alternatives for heating. The fact is that heating materials such as fuel oil- firewood or pyrene should be distributed."

As winter days become colder, and with no aid in sight, for the hundreds of people at this camp, the struggle to survive continues.