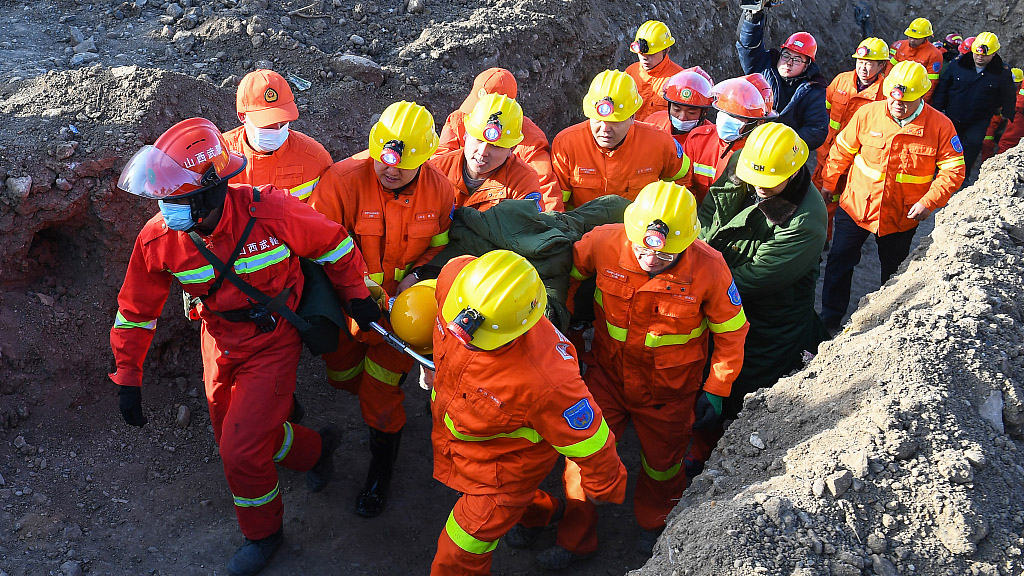 Twenty miners trapped for almost two days in a flooded coal mine in north China's Shanxi Province were rescued and lifted to the surface on Friday, while two others were confirmed dead.

The miners had been stuck underground after their mine in Duxigou Village, Xiaoyi City, became flooded at around 11 p.m. on Wednesday. Illegal mining was blamed for the flooding, according to a preliminary investigation.

The owner of the coal mine has been arrested after being at large since the accident, police said on Sunday, adding a probe was fully launched.

On Friday, Xiaoyi's municipal Party secretary and mayor were removed from office over the accident.

The Work Safety Committee of China's State Council was to supervise the investigation.

Throughout Friday afternoon, rescue operations moved swiftly with miners pulled out in quick succession. They were then sent to hospital to receive medical treatment. There were no immediate details about the two deaths.

The local public security department has detained seven suspects and is searching for others who have reportedly fled.