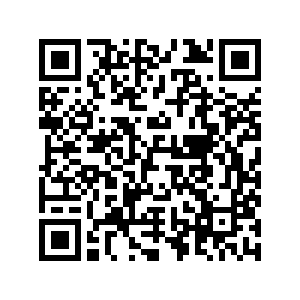 Only about two weeks left before the U.S. promised deadline of pulling its troops out of Iraq. In July, President Joe Biden signed an agreement with Iraqi Prime Minister, Mustafa al-Kadhimi, to end the U.S. combat mission in the country by the end of 2021.

It marked the second time Washington formally withdrew its military forces in Iraq. On December 18, 2011, the last U.S. soldiers left the country ending the first decade-long invasion which started with an excuse of "destroying Iraqi weapons of mass destruction (WMD) and ending the dictatorial rule of Saddam Hussein" in 2003.

However, the prewar argument about the extensive stockpiles of nuclear weaponry in Iraq turned out to be a mistake after David Kay, the former top U.S. weapons inspector, admitted to the Congress a year later that they were almost all wrong since no evidence of WMD had been found. 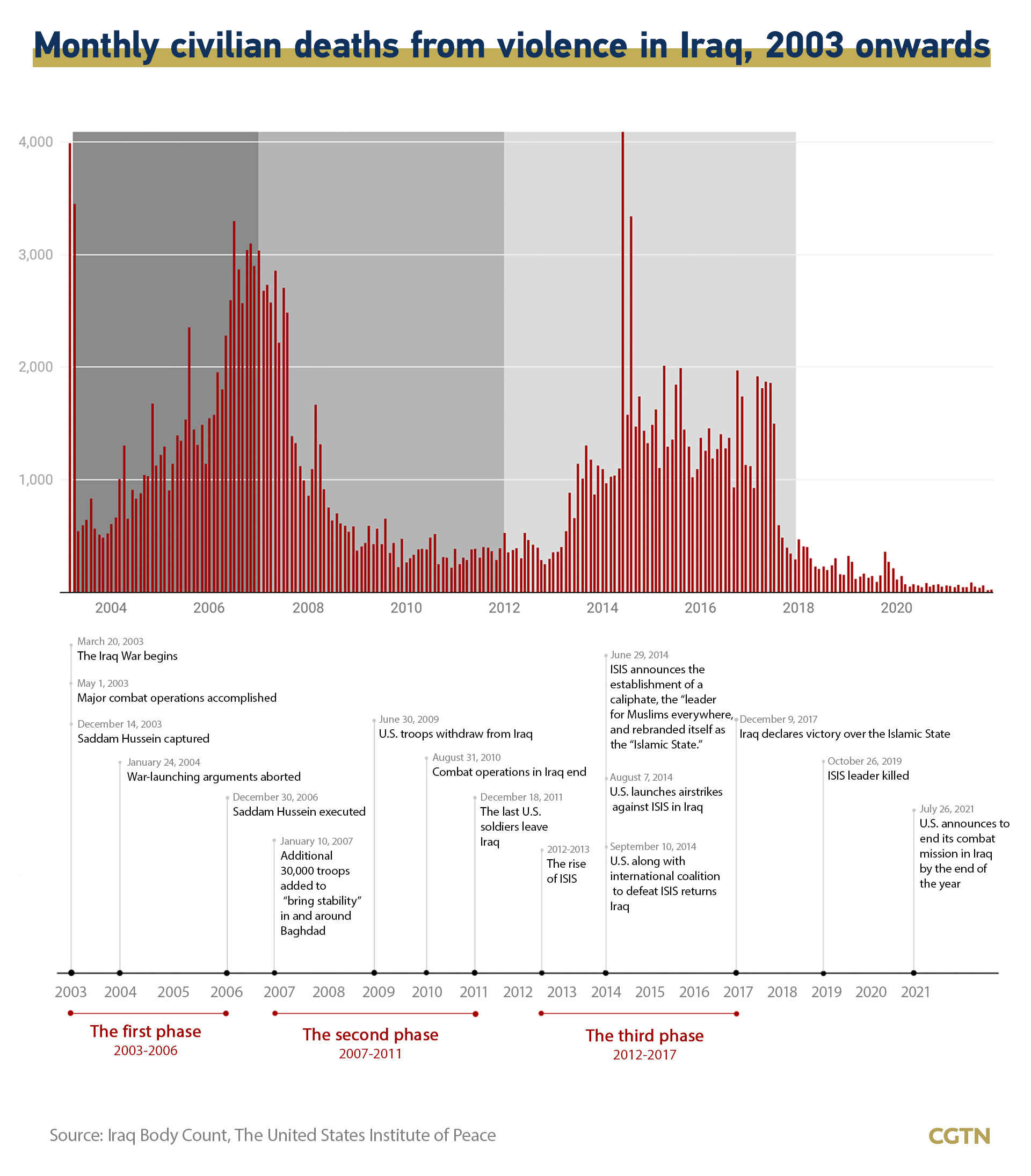 Although the combat operation accomplished in just two months, the presence of the U.S. troops remained in Iraq for another 8 years claiming to "bring stability" in and around Baghdad.

The latest return to Iraq came after the Islamic State in Iraq and Syria (ISIS) captured more territory and launched attacks on Iraq forces. On August 7, 2014, President Obama announced the beginning of air strikes against ISIS in Iraq. One month later, a broad international coalition including NATO, the European Union and the Arab League, led by the U.S. was established to defeat ISIS.

The war so far has claimed approximately 209,140 civilians' lives, according to the Iraq body count, the largest database tracking the number of civilian deaths since 2003. 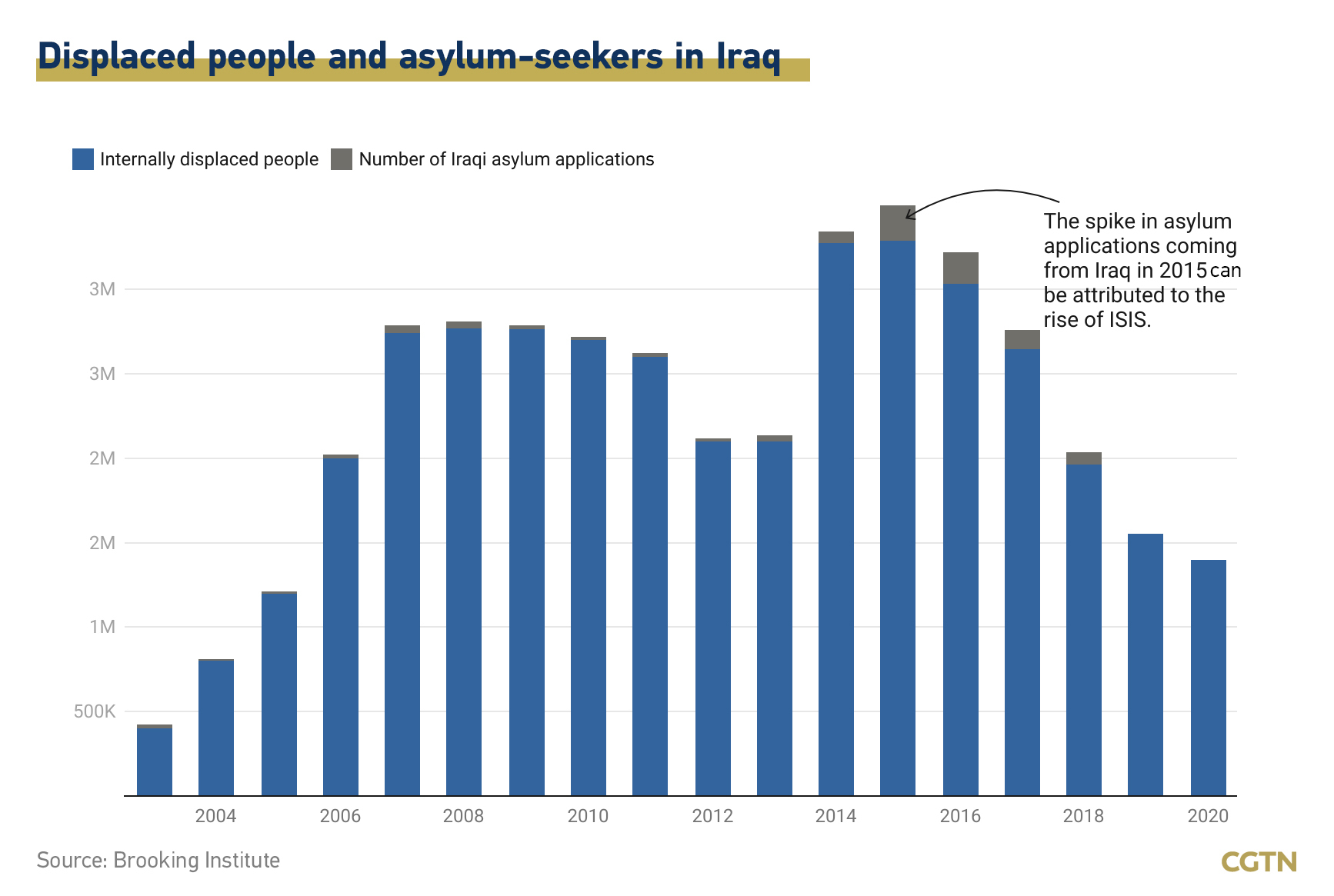 Decades of conflict and widespread violence have resulted in millions of Iraqis displaced across the country. According to the UN Refugee Agency, It is estimated that about 6.7 million, accounting for 18 percent of its population, are currently in need of humanitarian assistance, including 3 million children.

As the humanitarian crisis becomes worse, millions of families living in protracted displacement situations are reaching breaking point. They have exhausted their financial resources over the years and continue to face constrained access to basic services and critical protection risks. 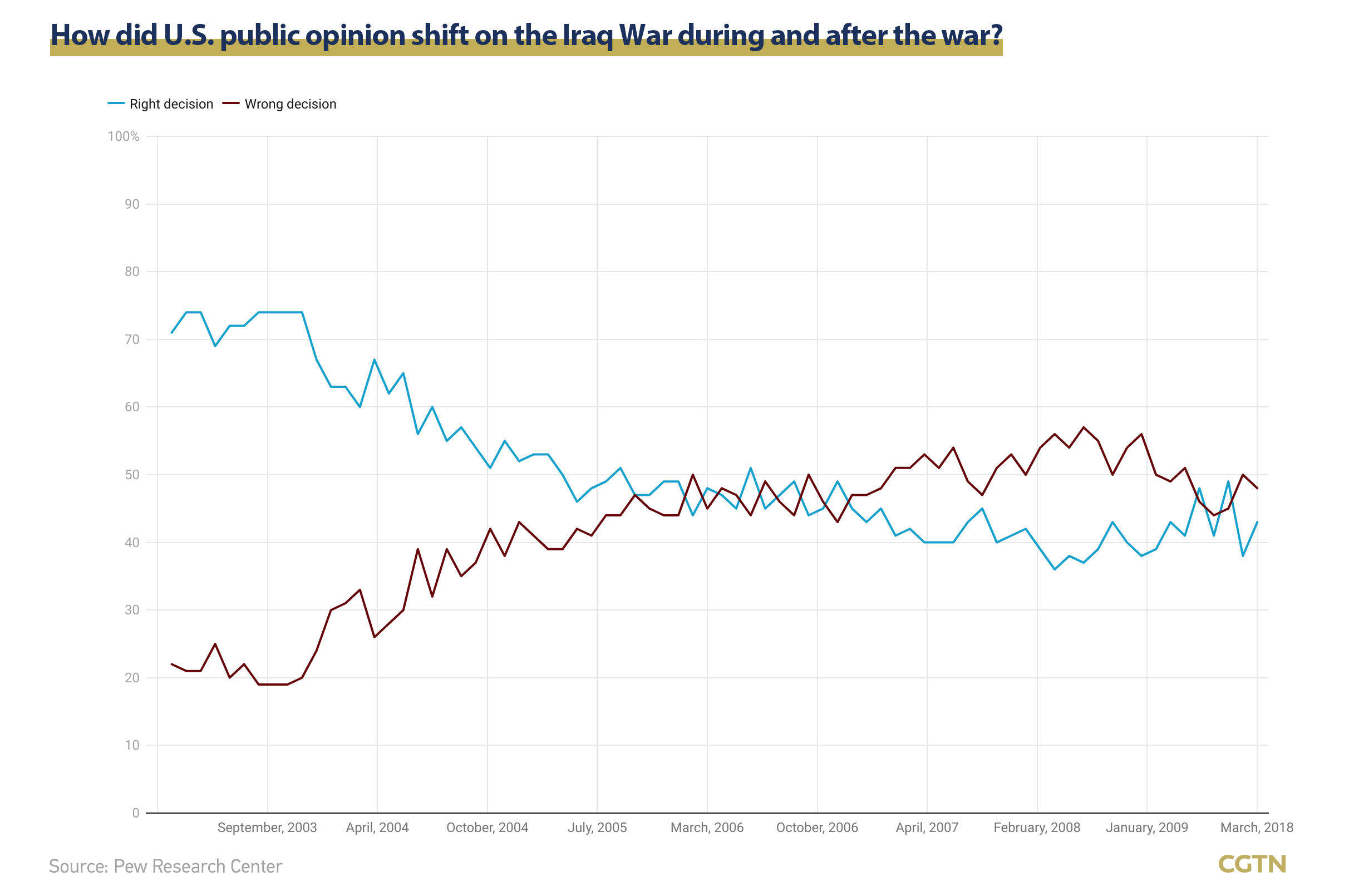 Even within the U.S, citizen's support for the decision to use military force in Iraq had declined considerably over the course of the war and its aftermath.

The result published by Pew Research Center showed that in late March 2003, a few days after the U.S. invasion, 71 percent supported the decision to use military force, while just 22 percent said it was the wrong decision. Fifteen years later, the supporting rate fell to 43 percent.

Although the U.S. announced to pull out its forces, the military will continue to assist Iraq in its fight against  ISIS. "As we complete our combat role, we will remain here to advise, assist, and enable the ISF (Iraqi security forces), at the invitation of Republic of Iraq," coalition commander Major General John W. Brennan, Jr. said in a statement.