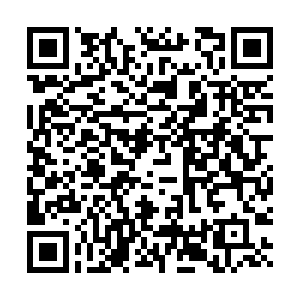 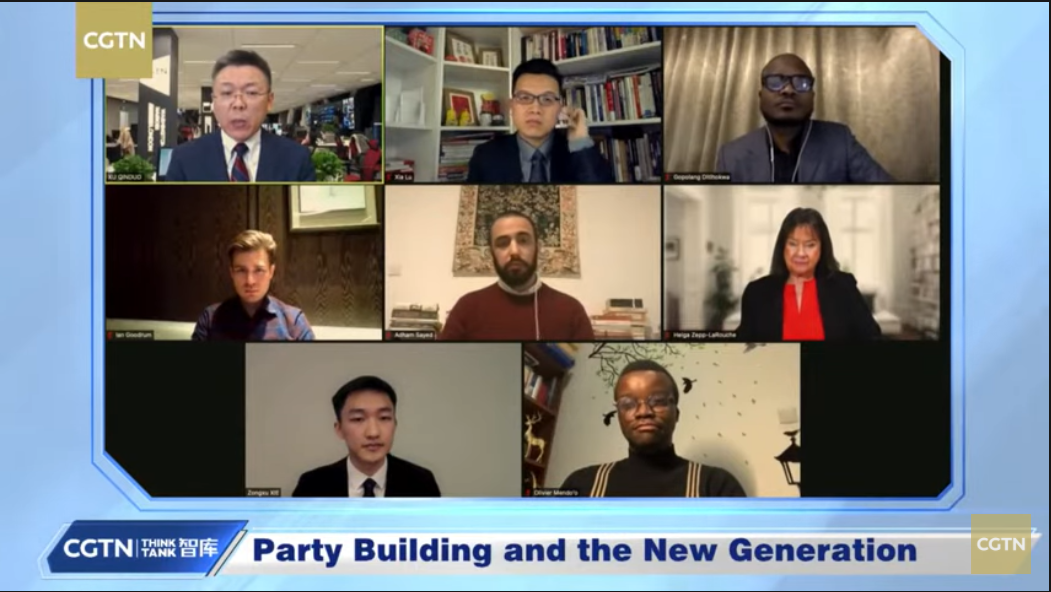 Youths are critical to the continued growth and survival of political parties, according to young party members from China and around the world who attended CGTN Think Tank's online forum on party building on Thursday.

Titled "Party Building and the New Generation," the online session explored how youths are incorporated into political parties and how they bridge the generational gaps within parties.

The attendees discussed topics such as significant challenges threatening mankind, inter-party dialogue in multi-party systems, grassroots democracy and intergenerational communication. They concluded that it is essential to involve youths in the parties' decision-making process and to develop their capacities to lead since they are the fulcrum upon which the future turns.

"We are one human species and our destinies would be one, either good or bad," so "building a great community of the world" should be the ultimate aim of political parties, said Helga Zepp-LaRouche, founder and president at the Schiller Institute.

She also stressed the need for young party members to pay attention to "the threat" of nuclear war, since "the future belongs to them."

Olivier Mendo'o, head of the African Youth Delegation in China, said that "weak democratic processes and unilateralism" are two of the most pressing issues in the world today.

"Multilateralism is crucial in overcoming global challenges," he said, adding that disinformation poses a significant threat to world peace.

Echoing the same sentiment on disinformation, Gopolang Ditlhokwa, a PhD candidate at the Communication University of China, remarked that disinformation could be used to "accentuate existing divisions and escalate tensions" by unscrupulous citizens, resulting in the "disruption of social harmony." To combat disinformation, he advocated empowering youths by introducing "political education into the school curriculums" from early.

Ian Goodrum, a member of Communist Party USA from the U.S., noted that younger Americans don't carry the same "ideological baggage" associated with the communism of previous generations who grew up in the Cold War era, so they are more open to and sympathetic to other views. He pointed out that Benny Sanders' presidential campaign exposed more American youths to ideas of socialism.

Xia Lu, an associate professor at the School of Marxism Studies and a research fellow at the National Academy of Development & Strategies at Renmin University of China, offered a different perspective on inter-party dialogue.

Using "United Front" as an example, he explained that it was "a temporary strategy during China's revolutionary period that later evolved into a system with Chinese characteristics" and pointed out that it demonstrates the benefits of different groups working together. It emphasizes the importance of dialogue and cooperation in China's political philosophy, he said.

According to Goodrum, dialogue between Republican and Democratic parties in the U.S. is "monotonous" as it revolves around the "use of capital" and whether to "exploit workers locally or globally."  He noted that one area where there is "bipartisan consensus" is on taking a tougher stance on China, though he said this is not reflective of the views of the general population.

Xie Zongxu, a PhD candidate at the Department of Hydraulic Engineering at Tsinghua University and secretary of the Fourth Party Branch of the Student Art Troupe, shared his experiences interacting with older party members in the Communist Party of China. He said that even though initially, communicating with senior members could be difficult "due to inexperience," he discovered that the seniors still valued the creativity and innovative ideas of younger members.

For instance,  Xie said that regarding the annual event presented by his art troupe, "I Love China,"  which combines "traditional Chinese history, revolutionary history, and cultural history to promote and show the spirit of the party,"  senior members allowed the younger generation complete freedom of  choice of format and presentation.

Xie further encouraged leaders of political parties to listen to the youths within their ranks and allow them to express their ideas in promoting party ideology. In his view, this is the surest path to effective party building.

Mendo'o, who has been to or lived in "more than ten (Chinese) counties and villages," noted that China's provinces and counties reflect the aspirations of the Chinese people. He was most  impressed by "the trust and proximity" between the party cadres and the villagers. He posited that the proximity of the officials to the areas they administer allows for field assessments and a genuine appreciation of people's problems that, in turn, leads to better policy formulation and implementation.

Similarly, Professor Xia, commenting on "people's democracy," noted that the National People's Congress has about 3,000 deputies at the national level alone, while at the provincial level, the number rises to about 2.6 million. "This is the real mechanism of people's democracy," he said.

What does the future hold?

For Sayed, "curbing the warmongering" antics of certain nations is the sine qua non to the development and rejuvenation of the Middle East while Zepp-LaRouche urged that the "right to development" of all nations must be respected, and political parties must incorporate this perspective into their worldviews.

Mendo'o recommended that political parties from developing countries seek to replicate the trust and proximity between Chinese Communist Party cadres and the grassroots population. Only through such a process could effective poverty alleviation measures be developed, he argued.