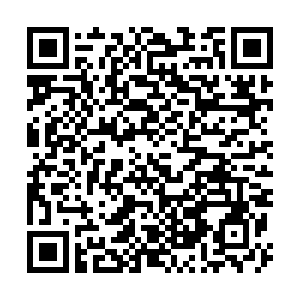 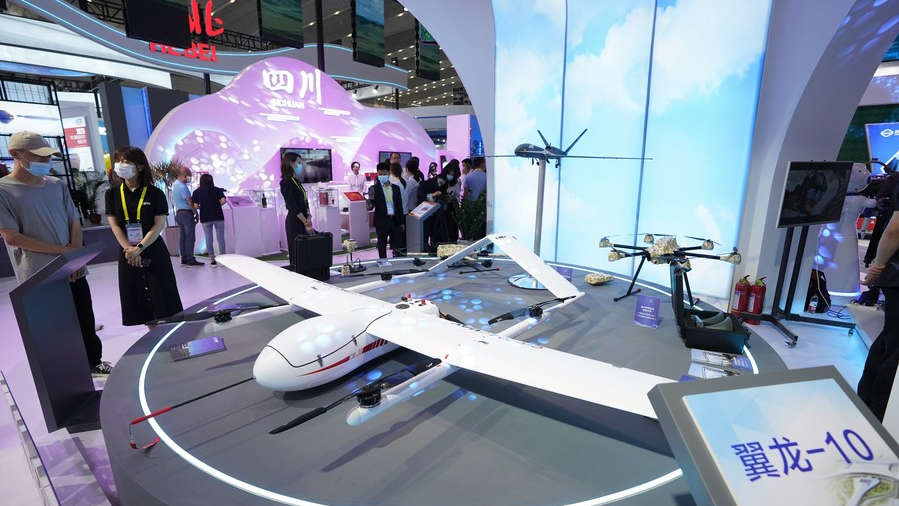 Facing severe domestic challenges in modernizing its economic model for the future, as well as sanctions and tariffs by the U.S., China is reorienting its policy toward high-quality economic growth. The model consists of the rapid development of the high-tech sector and the accelerated adoption of modern digital ecosystems and platforms. Considering the new priorities, how should China's foreign economic policy be modified? How would the new policy affect its cooperation with the Belt and Road nations?

Let's first consider the key internal challenges facing the country. Now, China must make a solid effort to break the so-called middle-income trap. This reflects the situation when the growth of the national economies slows down after reaching the level of GDP per capita of around $10-12 thousand. Due to rising wages and declining price competitiveness, many emerging economies are stuck in this state.
Latin America is the best-known region that falls into the middle-income trap. So why did it happen there? Experts emphasize that the share of industry in GDP has steadily declined over the years on the continent, and the services sector, which currently exceeds 60 percent of GDP, has grown at a much faster pace.

Many agree that the country's development strategy should be such that the industry share never falls below 33 percent of GDP, roughly corresponding to the South Korean economy, which was successful in overcoming the middle-class trap.

Besides, now China faces other, more complex problems. We are talking about global competition with the U.S., which takes place before our eyes at almost all levels. This confrontation compounds the threat of avoiding the middle-income trap. The U.S. imposes various control measures, including sanctions against China to slow down the latter's economic growth and restrict its access to advanced technologies.

In this situation, the right decision is that priority is to develop a high-quality economic growth model. China intends to increase its research and development (R&D) spending by more than 7 percent per year from 2021 to 2025, focusing on cutting-edge technologies. This includes nine key industries — next-generation information technology, biotechnology, new energy, materials, high-tech equipment, new energy vehicles, environmental protection, aerospace and marine technology. The state decided to provide significant tax breaks and credits to companies encouraging R&D spending on a vast scale. 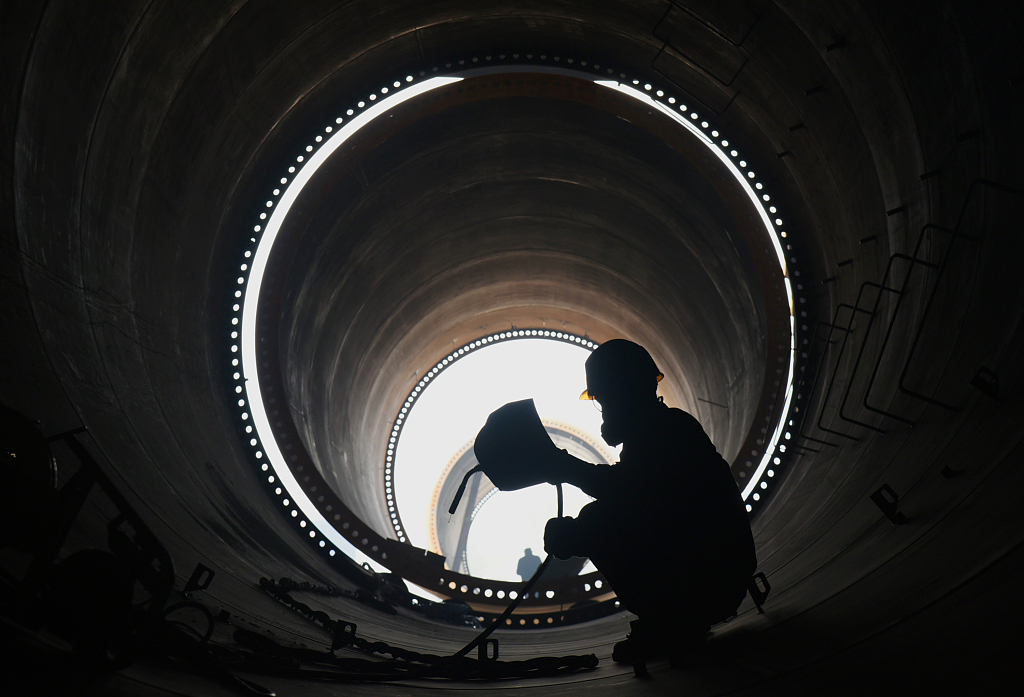 Workers are stepping up the production of a batch of wind power tower equipment ordered by the Belt and Road countries, in Lianyungang, Southeast China's Jiangsu Province, November 23, 2021. /VCG

Workers are stepping up the production of a batch of wind power tower equipment ordered by the Belt and Road countries, in Lianyungang, Southeast China's Jiangsu Province, November 23, 2021. /VCG

Another critical direction for China's development is the fight for control over big data. Big data is the most essential and irreplaceable resource for the present and the future. It fuels the work of artificial intelligence, corporations' economic power and the state apparatus's national power. The source of this data is us and everything we do, dream of, and desire — our medical records, internet habits, business value chains, images consumed by phones, etc. Eight years ago, Chinese President Xi Jinping said: "The vast ocean of data, just like oil resources during industrialization, contains immense productive power and opportunities. Whoever controls big data technologies will control the resources for development and have the upper hand."

Many American experts have pointed out that China is beating the U.S. and its allies in this critical area.

How can China's efforts to modernize its economy affect the development of other countries? It is of fundamental importance that President Xi on November 19 called for joint efforts to promote further quality development within the Belt and Road Initiative, stressing that China should develop digital cooperation with the Belt and Road countries, promote e-commerce on the Silk Road and build a digital cooperation model.

While achieving success in developing a high-quality digital economy, China can and should involve all countries that would like to participate in this process. At least, China's closest neighbors, the Central Asian countries, have repeatedly expressed their desire to develop high-tech products jointly. With a highly educated population and ambitious youth, our countries are well placed to cooperate with China to develop the digital Belt and Road. I believe that this is one of the correct strategies for China for the near future.