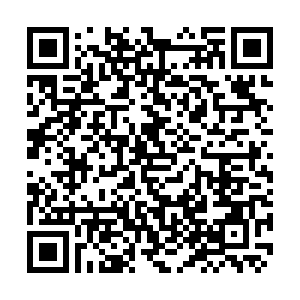 Member states of the Organization of Islamic Cooperation (OIC) have agreed to establish a trust fund to address the growing humanitarian crisis in Afghanistan.

The fund would be set up under the aegis of the Islamic Development Bank to channel humanitarian assistance to Afghanistan in coordination with other groups, delegates of the 57-member OIC said on December 19 in a unanimously adopted resolution released after an extraordinary meeting in Islamabad.

At the 17th Extraordinary Session of the Council of Foreign Ministers of OIC,  participants called to respond to Afghanistan's growing economic and humanitarian crisis.

Pakistani Prime Minister Imran Khan, when speaking at the meeting, warned if the world does not come to the help of Afghanistan, it will unfold a big man-made crisis. Therefore, the world should not abandon Afghanistan in the hour of need, he added.

"Even before August 15, half of the population (in Afghanistan) was below the poverty line ... 75 percent of the budget was supported by the foreign aid. After August 15, if the foreign aid dries up, foreign reserves get frozen, banking system freezes, any country is going to collapse, let alone Afghanistan which has suffered conflicts for years," he said.

Pakistan Foreign Minister Shah Mahmood Qureshi also said the fallout from the deepening crisis could mean mass hunger, a flood of refugees and a rise in extremism.

In October, the UN World Food Programme (WFP) said in a warning that more than half of the population in Afghanistan, or about 22.8 million people, face acute food insecurity. In addition, around 3.2 million children under five in the country could suffer acute malnutrition.

"We cannot ignore the danger of complete economic meltdown," Khan told the the participants including Afghanistan's Foreign Minister Amir Khan Muttaqi, delegates from the United States, China, Russia, the European Union and the UN.

To address the crisis, OIC chief Hussein Ibrahim Taha suggested promoting the role of the OIC Mission in Kabul and urged member states and OIC institutions to provide humanitarian assistance through it.

Afghan parties should put the interests of their people first, protect their lives, keep away from violence, and fulfill the commitments they had made to the international community, he added.

Foreign Minister Muttaqi said Afghanistan is ready to listen and accept any concerns, advice and requests from Islamic countries, calling it the right path to lead the country out of its current plight.

He said Afghanistan welcomes the return of diplomats from countries including Saudi Arabia and the United Arab Emirates. He also appealed to OIC member states to reopen their embassies in Kabul.