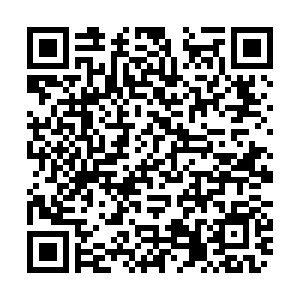 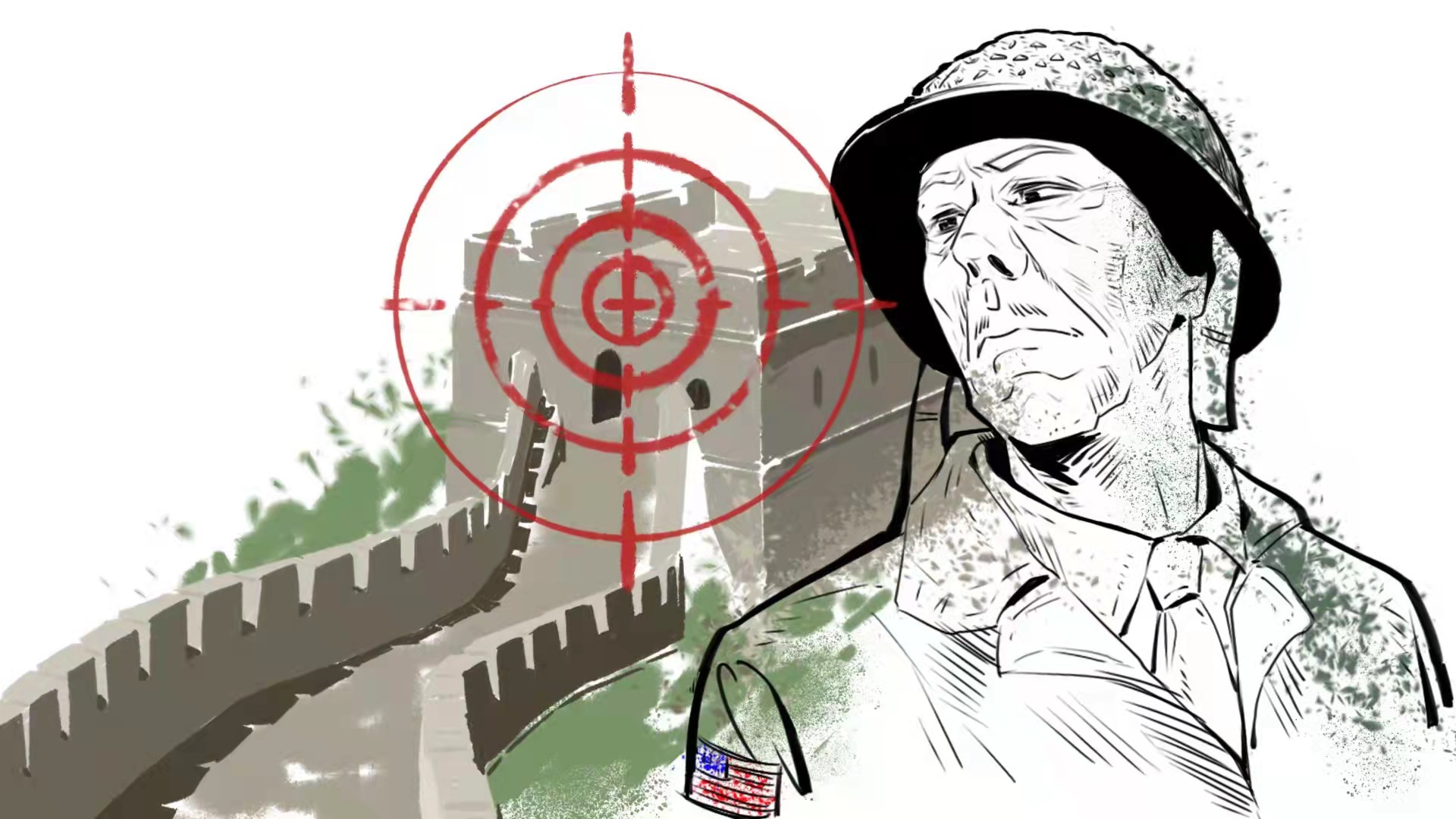 Editor's note: The United States has been at war for more than 200 of its 245 years of existence. Between the end of WWII and 9/11 – barely 50 years – the U.S. initiated 201 conflicts that ravaged 153 countries and regions. "America: War by another name" is a special eight-part series that explores the sinister motivations for its warmongering. Episode 4 examines how the U.S. fabricates external threats to "save" itself.

Introducing its so-called Asia-Pacific Rebalance in 2009, the U.S. pivoted back towards a Cold War mentality that aims to strategically encircle the great powers on the other side of the Pacific. In 2017, the Trump administration called China and Russia "revisionists" in the updated U.S. National Security Strategy. In 2019, the administration released its Indo-Pacific Strategy Report, with China's maritime presence a core target.

Since Joe Biden replaced Donald Trump, American warships have repeatedly passed through the Taiwan Straits and the South China Sea, conducting joint military exercises around China. Warmongering instruments such as the Quad mechanism and the U.S.-UK-Australia (AUKUS) alliance have emerged one after another, apparently targeting China militarily.

How could China – a country that has risen peacefully, actively opens up to the world and continuously makes great contributions to humanity – have become a thorn in the flesh for the U.S.?

The answer lies with the U.S. itself, not with China.

The U.S. has always professed itself to be a beacon of democracy. It projects itself as a liberal power where the young are bursting with vitality, the middle-aged have strong aspirations, and the elderly are peaceful and happy. In recent years, however, underneath the fancy veneer of a superpower, social divisions, political polarization, racial conflicts, unemployment and other problems have been growing. At the same time, pathways for the people at the bottom of society to move up the social ladder are closing, and Americans are losing hope of a better future. 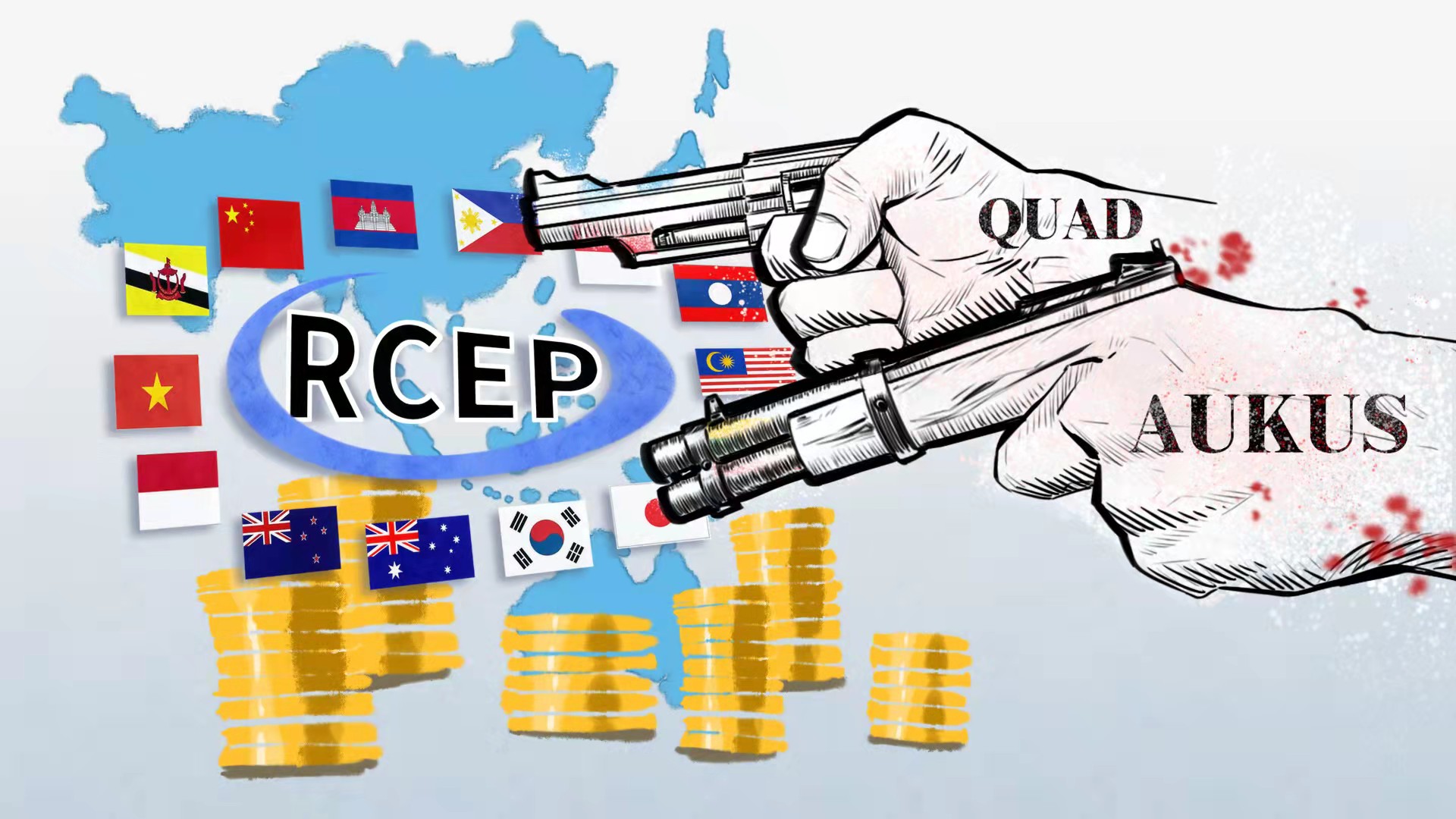 As the place where the Declaration of Independence was signed, Philadelphia, the birthplace of the American Constitution and the U.S. capital city between 1790 and 1800, is a revered city in the nation's history. It was once the biggest metropolitan economy in the state of Pennsylvania. It became America's first World Heritage city in 2015 and is seen by Americans as a perfect mix of history and modernity.

But today, the once bustling Kensington Avenue in the city, linked forever to the independence pronouncement, has made dubious history by being fingered as the neighborhood hit hardest by the worst urban opioid crisis in the country. It has decayed into the largest open-air drug market along the American East Coast and a gathering place for homeless young addicts. Young people desperate for drugs shiver among garbage dumps; those having their cravings temporarily quenched deliriously slouch around like walking dead; thirsty guys eagerly inject drugs into their bodies with a ghostly look. These are common scenes on today's Kensington Avenue.

Drug dealers across the country purchase their products from Philadelphia and resell them in their home states at a much higher price. A large number of young boys and girls, clueless about how to get their lives right, are lost in the turbulence.

The residents, mostly people of color, have been practically left to deal with the drug problem in their community. Eduardo Esquivel, the president of the Kensington Neighborhood Association, calls it a policy of containment that ensures the problem does not spill over to white areas whose residents have historically driven in to buy drugs, use them, and leave.

"Let's be clear: The highly successful containment effort in Kensington is systemic racism in action," he wrote in August.

A mere 40 years ago, the area around the Great Lakes and the Midwest was dominated by top-notch industrial hubs. The Rust Belt, as it has become known, was not "rusty" back then but an engine for America's economic development.

However, the rising costs of labor, the capital-intensive nature of manufacturing, competition from overseas and new technologies resulted in the displacement of workers. The engine thus went rusty, and unemployment soared.

On February 15, 2019, Gary Montez Martin in Aurora, Illinois – like Pennsylvania a Rust Belt state – was sacked by the factory where he had worked for 15 years. In a rage, the 45-year-old went on a shooting spree. After killing five and injuring another six police officers, Martin was shot dead. What the perpetrator did was certainly a heinous crime, but equally unacceptable is the government's indifference to the unemployed. It was cruel enough to throw a middle-aged man under tremendous family and social pressure into despair.

In the Trump era, Washington did not save the Rust Belt as the president once promised. Instead, the unemployment rate in the area shot up to a record high. Although it has gone down since Biden was sworn in, the lives of the jobless are no less worrying under the double blow of the pandemic and economic shutdown.

Once heroes in America's development, the elderly are caught in an awkward situation now. As the country continues to age, retirees are taking up a greater share of the population, while the earning population is in steady decline. The increase in the average life expectancy only exacerbates this trend. As a result, the elderly have to live on a huge amount of social wealth that is supposed to be reserved for future generations, putting pressure on younger generations, hence the unprecedentedly heated intergenerational animosity.

During the coronavirus pandemic, the elderly have been disregarded – because they have nearly zero economic value and only create financial burdens. With less than half of the medical resources accessible to younger people, the elderly are twice as likely to die from the virus as the young. When asked to comment on this in an interview of Fox News, Dan Patrick, the lieutenant governor of Texas, said the U.S. couldn't afford an economic collapse due to the pandemic, and old people should volunteer to die to save the country.

It is not hard to imagine that many senior citizens would have been bitterly disappointed by those words. 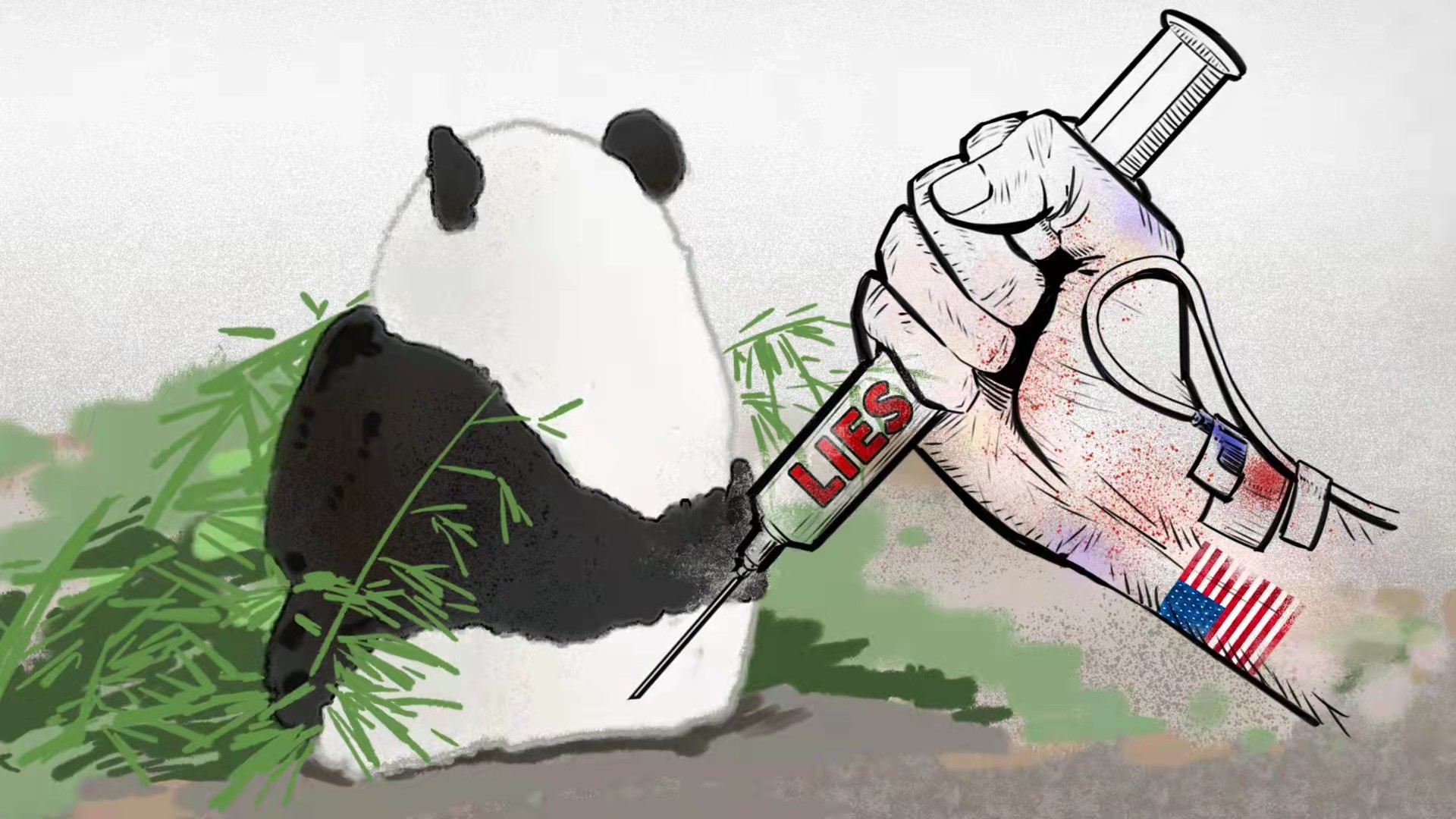 Facing people – young, middle-aged, and the elderly – who have lost hope for the future, what has the U.S. government done? As a representative for monopoly capital, Washington cannot fundamentally change the current economic model, nor would it be capable enough to reverse the trend of political polarization, and it would be even more unlikely to solve the domestic conflicts on identity politics within a short period.

Therefore, politicians and those in the military came up with a "good" plan – to try to quench a thirst with poison to exonerate themselves from public blame.

One part of the plan is to numb the people: to numb the young physiologically by further legalizing drugs, to numb the middle-aged psychologically by blaming emerging economies for domestic problems such as unemployment and industrial hollowing-out, and to numb the elderly ideologically by adopting what looks like the Cold War policy of providing "remembering services" to those suffering from Soviet Union PTSD. As a result, numbed Americans either indulge themselves in temporary pleasures or harbor grudges towards so-called enemies. This is exactly what the U.S. government wants to see.

The other part is to create a false sense of crisis. Washington depicts major powers with different political institutions, ideologies and development models – for instance, China and Russia – as revisionists challenging the existing international order, making ill-informed Americans believe that a major external crisis is looming large. The U.S. attempts to drag China into a new Cold War in the hope of crushing China as it once did the Soviet Union.

Biden has indeed said no to a new Cold War. Well, an iron hand in a velvet glove. The two most recent U.S. administrations have repeatedly waged conflicts against China on trade, technology, finance, information and human rights, using China as a common external enemy to mend a partisan divide at home.

This may shift blame temporarily but would not address the problems. Neither the economic system at the root of America's economic slowdown nor political polarization that triggers social conflicts has changed in any way. Directing public attention from domestic issues using great power confrontation would only harm America's own interests.

For one thing, lies are lies. China has no strategic intention to militarily attack the U.S. or replace it, leaving Washington's false claims unjustifiable. For another, indulging in this type of political game means the U.S. could miss future opportunities to address its own problems, and the public will have to pay the price.

Washington has not drawn any lessons from the homeland security, financial and pandemic management crises that struck America during the first two decades of the 21st century. Rather than tackling its own long-standing problems, it repeatedly, stupidly and maliciously manipulates the media to fabricate external threats and brandishes a military stick to threaten other countries.

Will the horror in Philadelphia, the anger of the Rust Belt and the lament of seniors prick the conscience of any U.S. government?

(The author, Zhang Yifei, is a research fellow at the Institute of American Studies, Chinese Academy of Social Sciences. If you want to contribute and have specific expertise, please contact us at opinions@cgtn.com.)