Download
In the name of containment: How U.S. provokes militarization in Asia-Pacific
Abu Naser Al Farabi 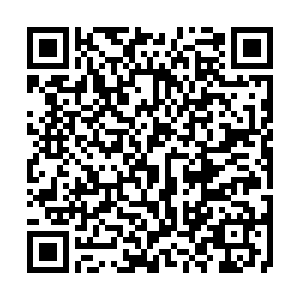 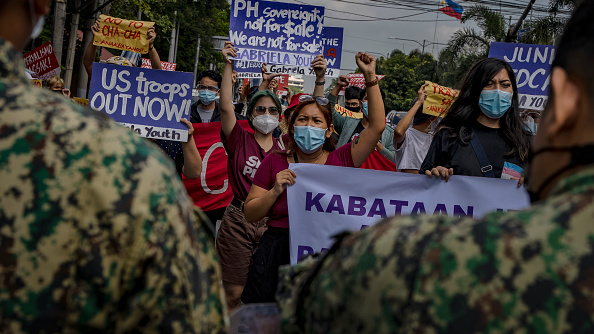 Editor's note: Abu Naser Al Farabi is a Dhaka-based columnist and analyst focusing on international politics, especially Asian Affairs. The article reflects the author's opinions, and not necessarily those of CGTN.

A fierce debate dictates the current international political discourse over settling the right metaphor to define ongoing super-power competition between China and the U.S. — whether it is a "cold war" or something else. To be sure, the prevailing Sino-American power struggle, if appraised against every metric of the U.S.-Soviet cold-war model, largely falls short of being what was prevalent for 45 years between the former Soviet Union and the United States. But both politics and policies being adopted by the U.S. and its allies are continuously leading the geopolitical landscape into "a cold war with different characteristics." And Asia, especially the Indo-Pacific region, has increasingly been "the hotbed of hostility" with the potential risks of outright military escalation.

It seems to be a drastic deviation from long-standing policies that have ordained the course of Asian geopolitics and have resulted in relative peace and economic prosperity in the region for the last 70 years. Haunted by the inflated "Chinese threat," some Southeast Asian countries once acclaimed for their "non-alignment' and pacific policies are leaning more toward military machoism. And the U.S., out of desperation to contain China's rise and subsequently to maintain its "global hegemony," is playing a bellwether role into the silent militarization of Asia.

Given the long genealogy of "military-first characteristics" in its foreign policy posture, the U.S., through its "defense over diplomacy" policy approach, is blocking off the diplomatic path toward the resolution of regional problems such as border dispute and historical rivalry. It's true that America maintains a paramount military presence in the Indo-Pacific region, given its security partnerships with regional allies, including Japan, South Korea and the Philippines, and troops and military hardware deployment in the region. But rather than utilizing its strong hands for the goodness of the region, it is maneuvering those to whip other countries up to jump on to a silly, warmongering bandwagon and into an arms race.

From South Korea to Australia, an ominous militaristic trend is on the rise. And with its overwhelming foreign policy fixation on China in the name of "Pivot to Asia" or "Free and Open Indo-Pacific" strategy, the U.S. has been actively accelerating the trend in the Asia-Pacific. Ballooning China's "military modernization" and depicting it as a belligerent move toward its neighbors, the U.S. has ventured into saber-rattling to manipulate their threat perceptions. Thereby, those countries, instigated by inflated threats, are now gradually resorting to a militaristic answer to disputes, which could otherwise be solved through diplomatic deftness.

Taking Japan into account, the country, constitutionally bound to maintain Self-Defense Force (SDF), is continuously shaking its pacific posture off and resorting to more offensive military build-up. Last month, Japan's newly elected Prime Minister Fumio Kishida, on its party manifesto, promised to double the country's defense budget, raising it to 2 percent of its GDP for the first time since World War II. Simultaneously, the Japanese cabinet approved $6.8 billion in additional military spending, increasing the total 2021 defense budget to around $54 billion that accounted for 1.3 percent of its GDP. From the unusual expansion of missile deployment to repurposing aircraft carriers aiming to transport F-35 fighter jets purchased from the U.S., Japan even pursues nuclear weapons. 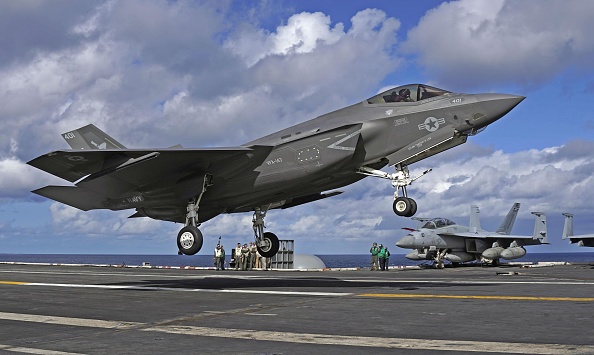 An F-35C stealth fighter lands on the U.S. aircraft carrier Carl Vinson in the Pacific on Novomber 30, 2021. /Getty

An F-35C stealth fighter lands on the U.S. aircraft carrier Carl Vinson in the Pacific on Novomber 30, 2021. /Getty

In an effort to attain self-reliance on the military, South Korea has also taken a similar path to proliferate its military force. Moreover, the Biden administration's decision in June to put an end to the 40-year-old treaty limiting South Korea's missile program could further provoke an arms race between South Korea and the DPRK. In September, Seoul, for the first time, successfully test-launched a missile from a submarine, joining a small list of seven other countries to demonstrate the technology. With furtherance in the arms race, South Korea is already planning to commission its first aircraft carrier for potential deployment in 2033.

Riding over the outrageous AUKUS deal and contravening the non-proliferation principles, Australia has stepped into building a nuclear-propelled submarine, leading to further fueling a regional arms race.

To be true, China has undertaken an extensive military modernization endeavor — but its purpose is somewhat under-communicated or largely fraught with misconception. Given the U.S. growing military mobilization in the Pacific region and continuously arming separatists in the Taiwan region, China's military re-enforcement is, in most part, a defensive maneuver to safeguard its ascendance.

It is historically proven that the U.S.'"defense over diplomacy" efforts, throughout its history, have mostly been pivoted on its own interests, and its current Indo-Pacific folly is no exception to that. It has a long history of manipulating threat perception to drive the events in its favor. For the last seven decades, the Indo-Pacific has enjoyed a long period of peace and prosperity — as a result of the regional countries' deft discernment to mutual disputes and placing diplomacy over duress in resolving those disputes. It is to be acknowledged that Asia is currently riven by more serious problems, like growing income inequality and post-pandemic surge in poverty, which warrant more attention than the illusive "China threat."