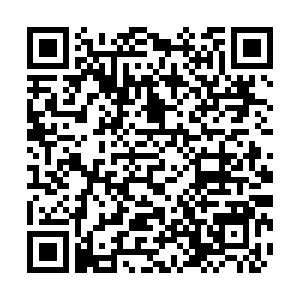 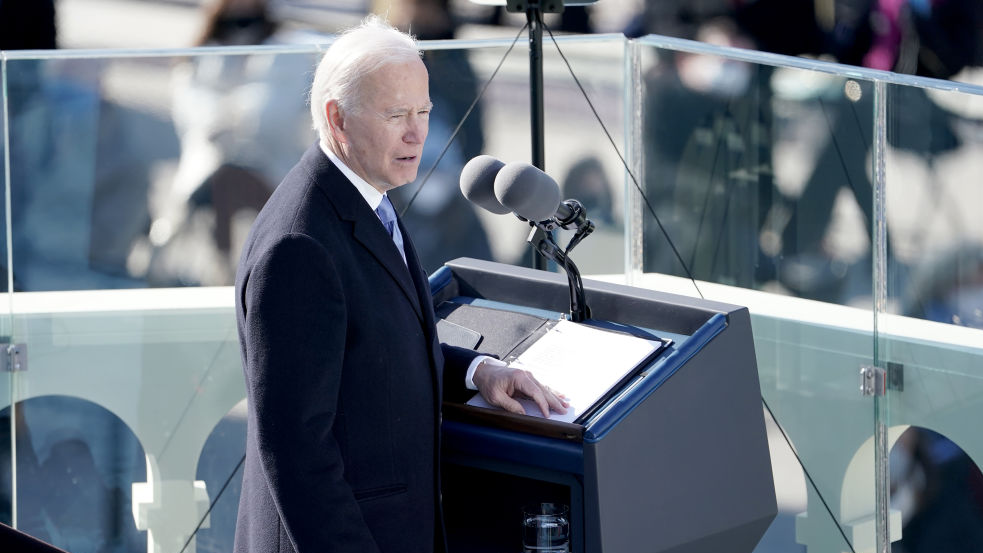 U.S. President Joe Biden gives an inaugural address after being sworn in as the 46th president during the 59th Presidential Inauguration in Washington, D.C., January 20, 2021. /Getty

U.S. President Joe Biden gives an inaugural address after being sworn in as the 46th president during the 59th Presidential Inauguration in Washington, D.C., January 20, 2021. /Getty

Editor's note: This is the first article of the "2021 Year in Review" series on "New Crises, New Orders and New Paradigms." Sun Chenghao is a research fellow at the Center for International Security and Strategy at Tsinghua University. The article reflects the author's views and not necessarily those of CGTN.

Since Joe Biden took office in January, the tone and tactics of the U.S. competition against China have gradually become clear. China-U.S. relations show both continuity and changes, and every interaction between the two countries attracts more attention from the world.

From Donald Trump to Joe Biden, the U.S. has basically defined its relations with China in terms of "competition," believing that China is the single most powerful competitor that can challenge the U.S. hegemon. At present, the Biden administration's China policy has focused on three aspects, which created new crises after his first year in office.

First, to facilitate America's own strength and competitiveness. The Biden doctrine is another form of "America First," emphasizing "foreign policy for the middle class." The U.S. believes that promoting self-development is the key to outcompete China. In addition, the U.S. also perceives "great power competition" as an external factor driving its domestic agenda, like pushing forward the infrastructure bill.

Second, to reshape alliances in an ideologically driven way. The U.S. formed its alliance during the Cold War to counter the Soviet Union, and now it is engaged in a long-term competition with China. However, other countries do not perceive China as a traditional security threat, and the U.S. has to shift its alliance logic to weaponizing "democracy" and "human rights." To that end, the Biden administration held a Summit for Democracy, hoping to forge ideological alliances to isolate China.

Third, to gradually depict a roadmap for competing with China. Secretary of State Antony Blinken once put forward the "three Cs" – namely "competition, confrontation and cooperation" – approach to China. Now, the U.S. has revised the "three Cs" policy by talking about "responsible competition," "cooperation from the position of strength" and establishing "common sense guardrails" to avoid confrontation with China.

What the U.S. calls competition with China is quite different from that in the Cold War. The U.S. wants to stay ahead and not be overtaken by those behind, regard competition with China in science and technology as the fiercest, and feel that it has China's weak point in hand, trying to push forward the "small yard, high fence" tactic, in an attempt to freeze China's science and technology development at a certain stage.

To better serve U.S. interests and maintain its advantages, the U.S. has carefully selected areas of cooperation with China, but it will not let China take the lead. The U.S. is actively cooperating with China to regain global leadership in the field of climate change, while it is restraining China in high-tech areas such as clean energy. 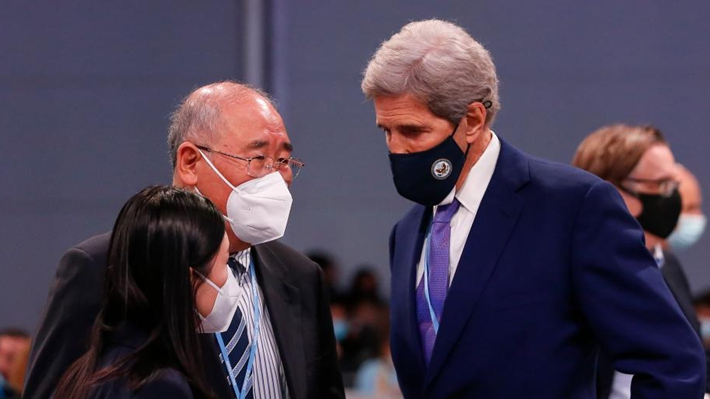 The U.S. also attaches great importance to managing risks with China and has repeatedly expressed its hopes to avoid a conflict in bilateral relations. It is important to understand the real reasoning behind the wording. The U.S. is not ready for a complete showdown with China and it needs to focus on domestic affairs without being overly distracted by the deterioration of China-U.S. relations.

The good news is that the policy interaction between the two countries after the virtual meeting between the two presidents shows some positive signs in people-to-people and cultural exchanges, if not setting a new stage. In particular, on the issue of journalist visas, China and the U.S. will permit journalists of both countries to freely depart and return to each other's countries under strict compliance with COVID-19 protocols.

It was also agreed the U.S. will issue one-year multiple-entry visas to journalists of Chinese nationality, and will immediately initiate the process to address "duration of status" issues. Based on the principle of reciprocity, the Chinese side commits to granting equal treatment to U.S. journalists immediately after U.S. policies enter into force. In addition, China and the U.S. will issue visas to new journalists based on applicable laws and regulations.

However, the U.S. continues to upgrade its hardline policy on China at the same time. For instance, 12 more Chinese companies were placed on the U.S. export blacklist and the U.S. invited Taiwan authorities to its "Summit for Democracy." Recently, the announcement of the Biden administration that they're not sending any officials to the Beijing 2022 Winter Olympic and Paralympic Games has further poisoned the bilateral relations.

The China-U.S. relations face severe and complex challenges and the prospect will depend on the policy interactions between the two sides. If the China-U.S. relations can make breakthroughs in culture, economy and trade areas, and continue to hedge their competition through concrete and practical cooperation, the two countries will neither fall into the "Thucydides Trap" nor a new Cold War.