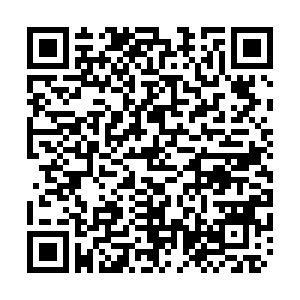 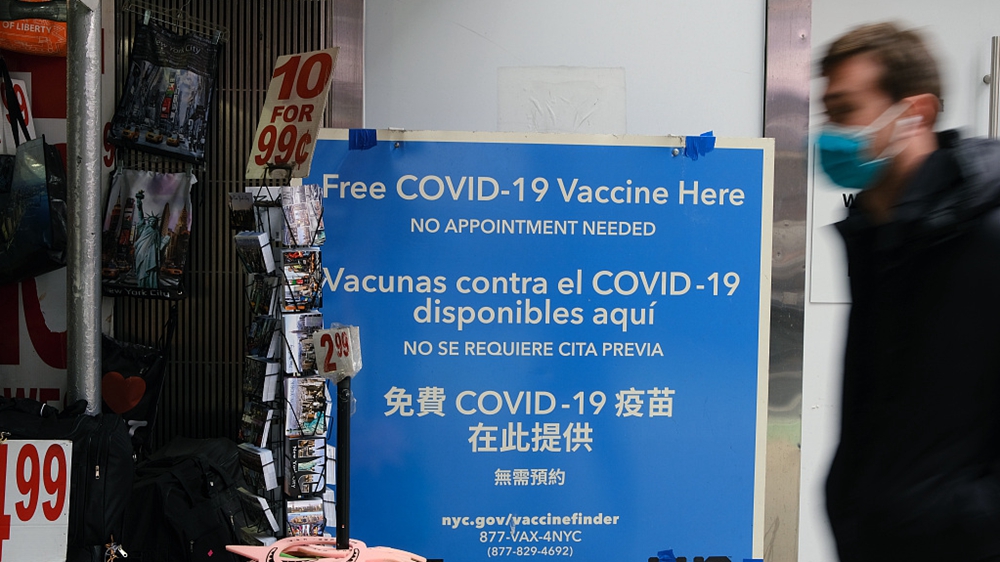 U.S. health officials urged Americans on Sunday to get booster shots, wear masks and be careful if they travel over the winter holidays, as the Omicron variant of the coronavirus rages across the world and appears set to take over as the dominant strain in the United States.

"If you've had vaccines and a booster, you're very well protected against Omicron causing you severe disease. So, anybody listening to this, who's in that 60 percent of Americans who are eligible for a booster but haven't yet gotten one: This is the week to do it. Do not wait," said Dr. Francis Collins, director of the National Institutes of Health, in an interview with CBS.

Currently, 27 percent of U.S. residents have not gotten even a single dose of vaccine, according to the U.S. Centers for Disease Control and Prevention (CDC).

In certain regions of the U.S., half of the genetically sequenced COVID-19 tests detected the Omicron variant, Fauci told CNN, "which means it's going to take over."

Hospitals in some parts of the country are already becoming strained by COVID-19 patients and things are likely to get worse, the health officials said.

As for the upcoming Christmas and New Year holidays, Fauci urged people travelling to visit loved ones to get booster shots and always wear masks in crowded public spaces. 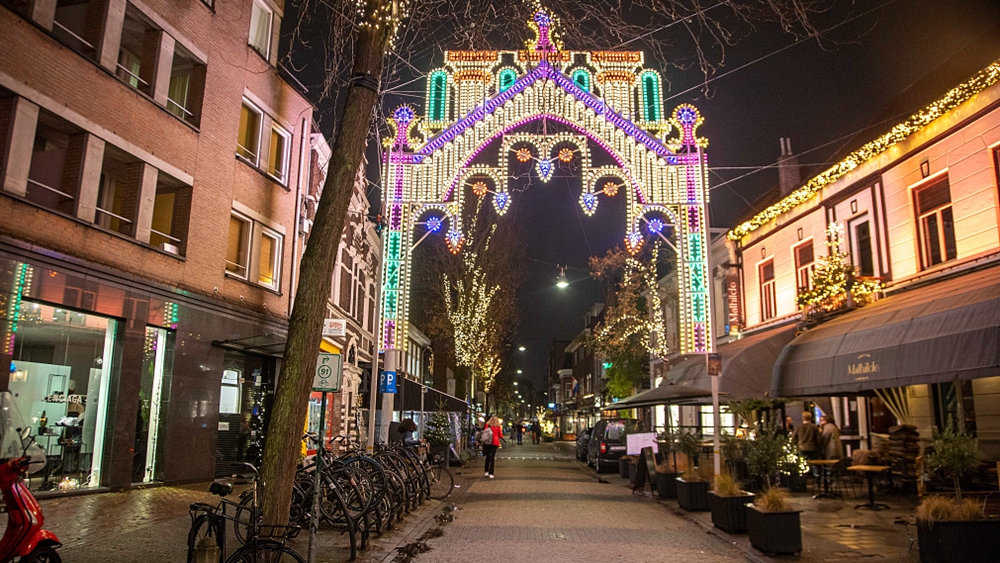 Night scene with Christmas lights decoration and a few people in the center of Eindhoven, the Netherlands, December 18, 2021. /CFP

Night scene with Christmas lights decoration and a few people in the center of Eindhoven, the Netherlands, December 18, 2021. /CFP

The number of cases is doubling in 1.5 to 3 days in areas with community transmission, the World Health Organization (WHO) said on Saturday.

Western countries, such as the Netherlands and Italy, have introduced measures including lockdowns and negative tests to curb the virus spread.

Dutch Prime Minister Mark Rutte announced the shutdown on Saturday evening, ordering the closure of all but essential stores, as well as restaurants, hairdressers, gyms, museums and other public places from Sunday until at least January 14, 2022.

Several other European governments are considering additional curbs – at a time when businesses count on people spending more heavily than usual on shopping, entertainment and travel.

The UK government is reportedly drawing up plans for a short two-week circuit breaker lockdown later this month, after Christmas, to try and keep pace with the rapidly spreading Omicron variant.

In Italy, the government is considering new measures to avoid a surge in infections during the holiday period, local newspapers reported on Sunday.

After meeting with ministers on December 23, Prime Minister Mario Draghi could mandate that people who have been vaccinated also show a negative test to access crowded places, including nightclubs and stadiums, daily Corriere della Sera reported.

German Health Minister Karl Lauterbach ruled out a Christmas lockdown on Sunday but warned a fifth COVID-19 wave could no longer be stopped, adding that he viewed mandatory vaccination as the only way to end the pandemic.