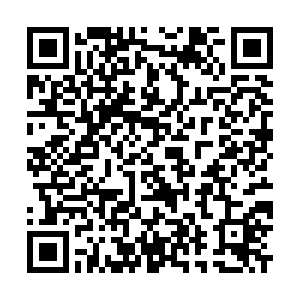 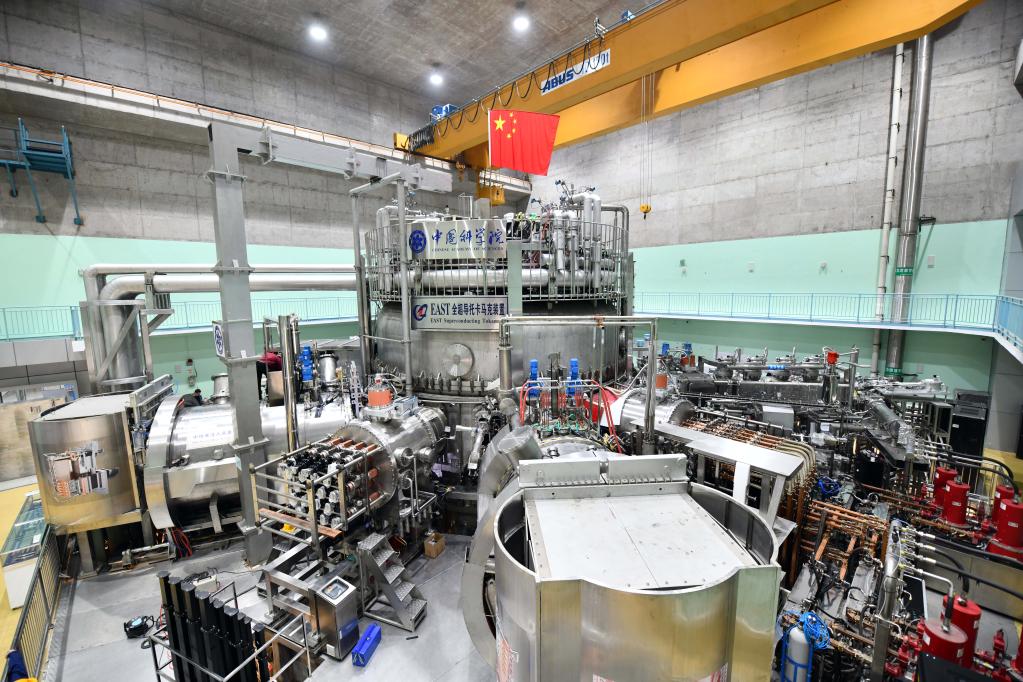 One of China's "artificial sun" projects has been booted up again for a new round of testing in December, aiming to reach a higher temperature and longer duration, Xinhua News Agency reported on Tuesday.

China's "experimental advanced superconducting tokamak," or EAST, is a device used to test nuclear fusion technologies that have the potential to end mankind's energy struggle by providing borderline-endless clean energy. The device uses magnetic fields to confine fusion fuel in the form of a plasma.

Devices like EAST are often called "artificial suns" because they generate power in a way similar to the sun in our solar system.

News of the testing came after China Media Group listed EAST's record-breaking performance in May as China's No. 1 sci-tech story for 2021. The device set a world record by running at a temperature of 120 million degrees Celsius for 101 seconds. 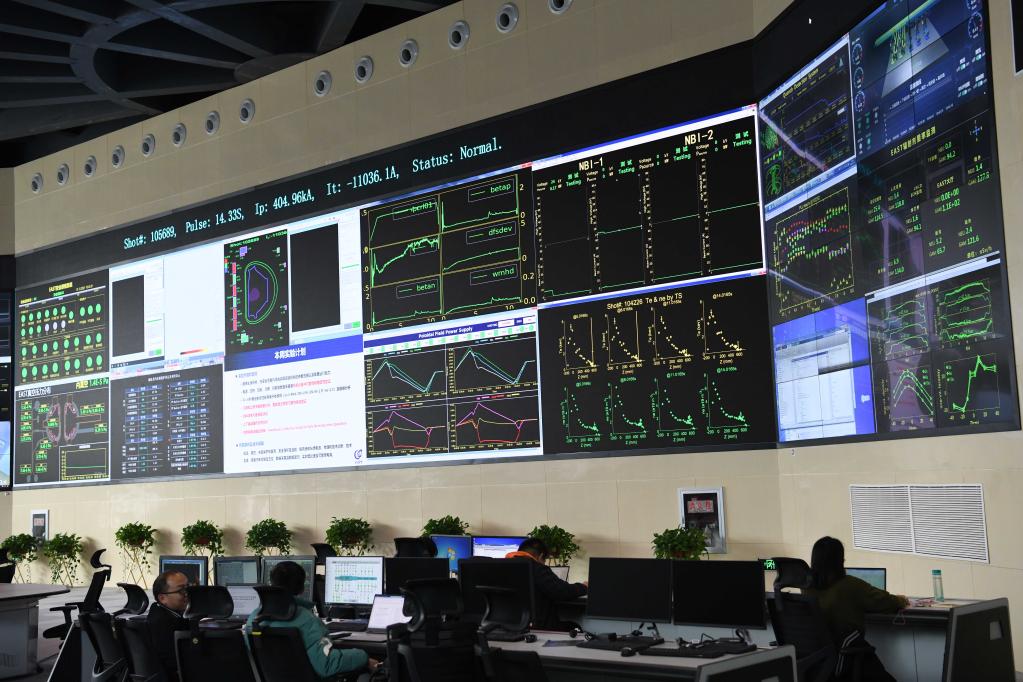 For the new round of testing, EAST has been equipped with an upgraded heat generator, according to Song Yuntao, director of the Institute of Plasma Physics under the Chinese Academy of Sciences (ASIPP).

Qian Jinping, an ASIPP researcher who manages EAST experiments, told Xinhua at the control hall that EAST discharged electricity more than 100 times per day to improve its performance.

The testing is expected to last for a half year.

In addition to the reboot of EAST, China is building a research facility to incubate core technologies related to nuclear fusion.

The facility is called CRAFT, short for "Comprehensive Research Facility for Fusion Technology." It will become a platform on which engineers develop and test fusion energy reactor's key components.

ASIPP said the facility is expected to be finished around 2024.