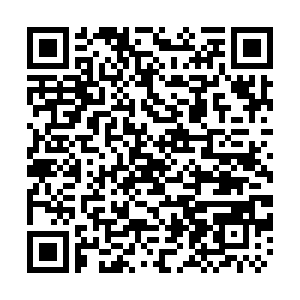 Chinese President Xi Jinping, in a phone call with new German Chancellor Olaf Scholz on Tuesday, stressed that China-Germany relationship is key to China's cooperation with the European Union and hopes that China's ties with Germany would continue to deepen.

Scholz became Germany's chancellor on December 8, ending the country's 16 years of rule under Angela Merkel. In the phone call, Xi once again congratulated Scholz for his inauguration.

Speaking highly of the resilience and huge potential of the bilateral ties, Xi said next year will mark the 50th anniversary of the establishment of diplomatic ties between the two countries and called on the two sides to strive for the new development of China-Germany relations.

Xi made three points of proposals to the new German chancellor.

Firstly, the two sides should view their ties from a strategic point of view, Xi said, stressing that sound bilateral ties are not only in the fundamental interests of the two countries and their peoples, but are also beneficial to global peace and stability.

The two sides should treat each other's national development as opportunities and maintain high-level exchanges so as to guide the future development of China-German relations and push forward the bilateral cooperation in various fields, Xi noted, calling on the two sides to strengthen communication and prepare for next year's celebrations.

Secondly, he called on the two sides to step up mutual beneficial cooperation in a pragmatic manner.

Pointing out that China has become Germany's biggest trading partner for the fifth consecutive year, Xi said the two sides should explore cooperation opportunities in areas such as clean energy, green and digital economy to further drive the growth of trade in services.

China welcomes investment from German enterprises, Xi said, hoping that the German side would create fair business environment for Chinese enterprises in Germany.

Speaking of the China-Europe freight train, Xi hoped that Germany, as an important stop of the freight train, can enhance its cooperation with China under the framework of the "Belt and Road Initiative" to benefit countries alongside the route and improve the connectivity of Eurasia.

Thirdly, the Chinese president said that the two sides should work jointly to tackle challenges and make new contributions to global governance.

According to him, China and Germany are both defender of multilateralism as well as contributor of global development. Therefore, the two countries should enhance their coordination and cooperation in international affairs to find feasible solutions to issues such as the COVID-19 pandemic outbreak, fair distribution of vaccines, climate change, poverty alleviation and sustainable development.

Reiterating China's opposition to hegemony in any forms and the Cold War mentality, Xi said Beijing is ready to push forward the implementation of the UN 2030 Agenda for Sustainable Development together with Berlin.

Stressing that China and the EU are two independent forces that share extensive strategic consensus and common interests, Xi hoped that the two sides could stay committed to the comprehensive strategic partnership between the two countries under the principle of mutual respect and mutual benefits.

He also hoped that the German side would continue playing an active role in stabilizing China's relationship with the EU and continue injecting stability and impetus for the relationship.

Scholz, for his part, echoed Xi's proposal of deepening the friendship and cooperation between China and Germany.

He praised the close cooperation between the two sides in trade, tackling global challenges and close exchanges on regional issues such as Afghanistan and Iran, saying altogether they form the three pillars for the sustainable development of China-Germany relations.

The German side is ready to enhance pragmatic cooperation in clean energy, digital economy and trade in services and treat China-EU relations in a constructive manner, Scholz said, hoping the China-EU investment agreement could come into effect as soon as possible.

The German side is willing to uphold multilateralism with China in international affairs, the chancellor added.