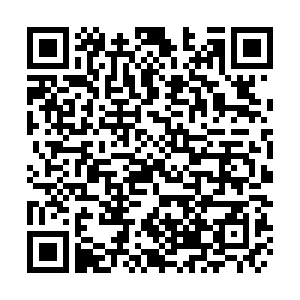 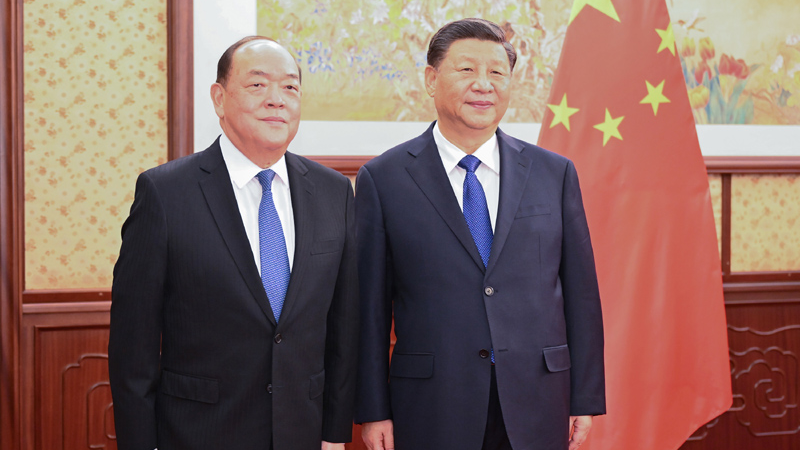 Chinese President Xi Jinping said on Wednesday that the mainland will always be a "firm backing" to the prosperity and stability of the Macao Special Administrative Region (SAR).

Xi made the remarks in a meeting with Ho Iat Seng, chief executive of the Macao SAR, who was on an annual duty visit in Beijing.

The central authorities "fully recognize" the work the chief executive and the SAR government have done since the beginning of the year, said Xi.

He said Macao has effectively controlled the COVID-19 pandemic, worked toward "dynamic zero infection" and maintained normal personnel exchanges with the mainland.

The city's economy is gradually recovering, and those in need and small and micro-businesses have also been assisted, Xi said.

He added that the legal system and enforcement mechanism for safeguarding national security have also been continuously improved in the Macao SAR.

The election of the seventh Legislative Assembly of the Macao SAR was successfully held, Xi said, adding that the principle of "patriots governing Macao" was further implemented.

The central authorities have issued a general plan for building a Guangdong-Macao in-depth cooperation zone in Hengqin, and Macao has made a new stride in its integration into the national development, said Xi.

He added, due to the pandemic, Macao now has a better understanding of problems existing in its economic structure, and a deeper thought about the direction it will develop.

"The motherland" will always be a firm backing to Macao's long-term prosperity and stability, said Xi, adding the central authorities will remain committed to the principle of "One Country, Two Systems," and continue to support the SAR in advancing an "appropriately diverse" economy.

The SAR held a series of events to celebrate the 22nd anniversary of Macao's return to China on Monday.