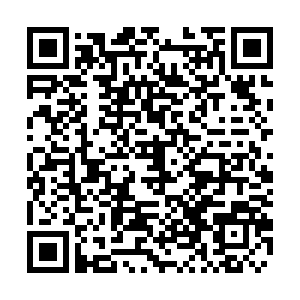 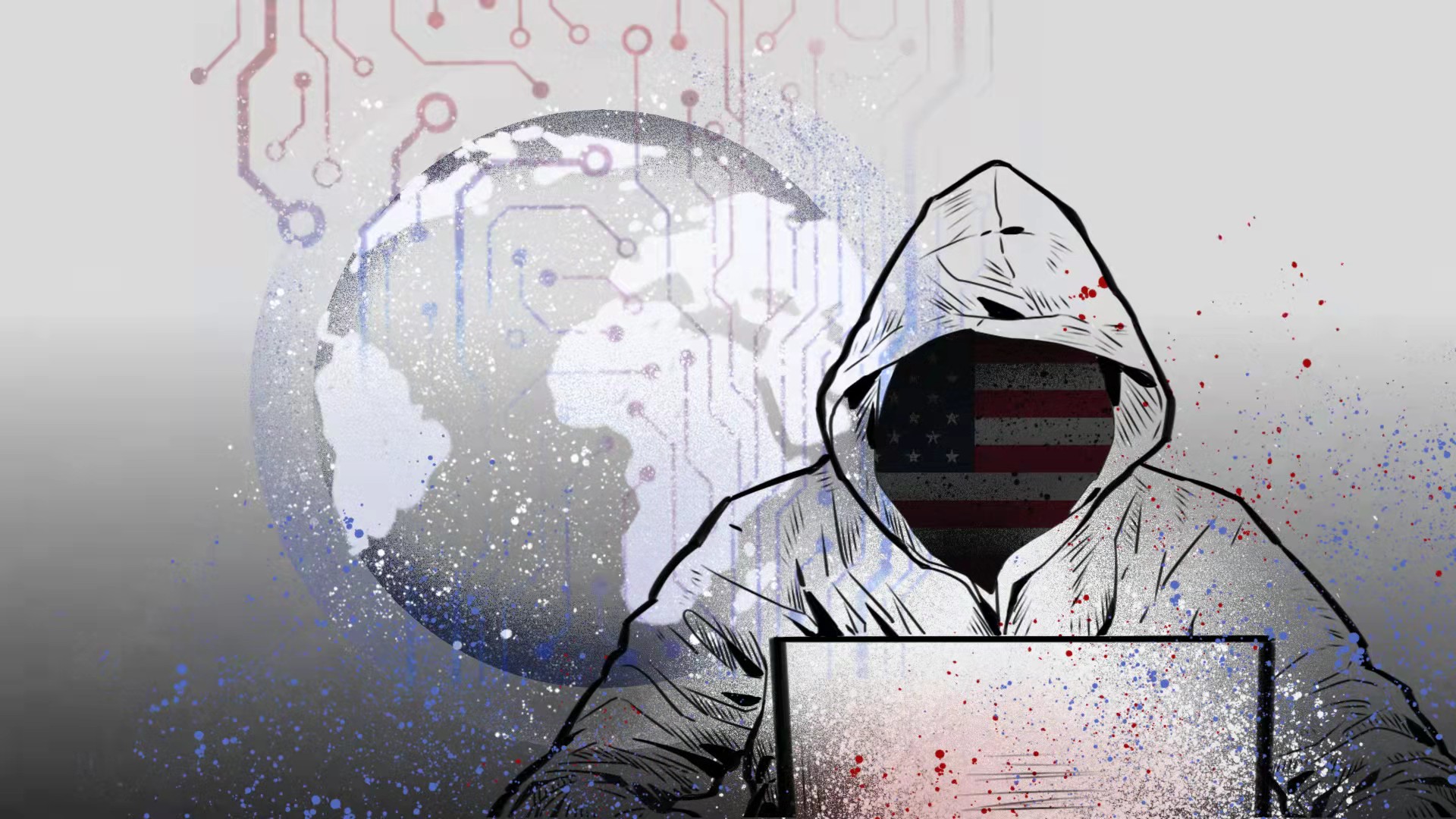 Editor's note: The United States has been at war for more than 200 of its 245 years of existence. Between the end of WW2 and 9/11 – barely 50 years – the U.S. initiated 201 conflicts that ravaged 153 countries and regions. "America: War by another name" is a special eight-part series that explores the sinister motivations for its warmongering. Episode 6 is on America's cyber hegemony.

In early 2010, the International Atomic Energy Agency (IAEA) noted a problem in Natanz uranium enrichment facility in Iran. Through a camera mounted outside the centrifuge assembly site, inspectors observed from thousands of miles away that the centrifuges had been replaced at an unusually high rate over the past month. This indicated mass damage to the devices that are of vital importance to national security.

Had there been a premeditated sabotage, or a terrorist attack? No one knew for sure. The answer, however, was staring them in the face. It was in the computers in Natanz's industrial control room.

A year later, The New York Times journalist David Sanger wrote a detailed report on the story, igniting an international uproar. Evidence showed that the uranium enrichment facility's centrifuge industrial control system was infected by the Stuxnet computer worm jointly developed by the U.S. and Israel. The virus works by changing the centrifuge frequency and making it spin at a much higher rate for a long time to exhaust its components, leading to mass breakdown.

This was the first case in human history where a computer network inflicts physical damage on crucial infrastructure. Countries started to realize that in a deeply networked and highly automated world, humanity was facing unprecedented risks and the world was less safe. So, who's the culprit of this insecurity?

As the world's leading cyber power, the U.S. controls the distribution and deployment of IT infrastructure resources, the production of contents and the key nodes along the IT industrial chain.

To perfectly project its hegemony in the real world into the cyberspace and gain advantages vis-à-vis other countries, the U.S. since the Clinton era has been straining every sinew to claim "high ground" – advancing offensive cyber security strategies, expanding cyber forces, instigating cyber missions against other countries, suppressing non-allies on the supply chain, and covertly developing its espionage empire across the globe. These are eventually turning the global cyberspace into the "Wild West" fraught with a sense of insecurity and instability. 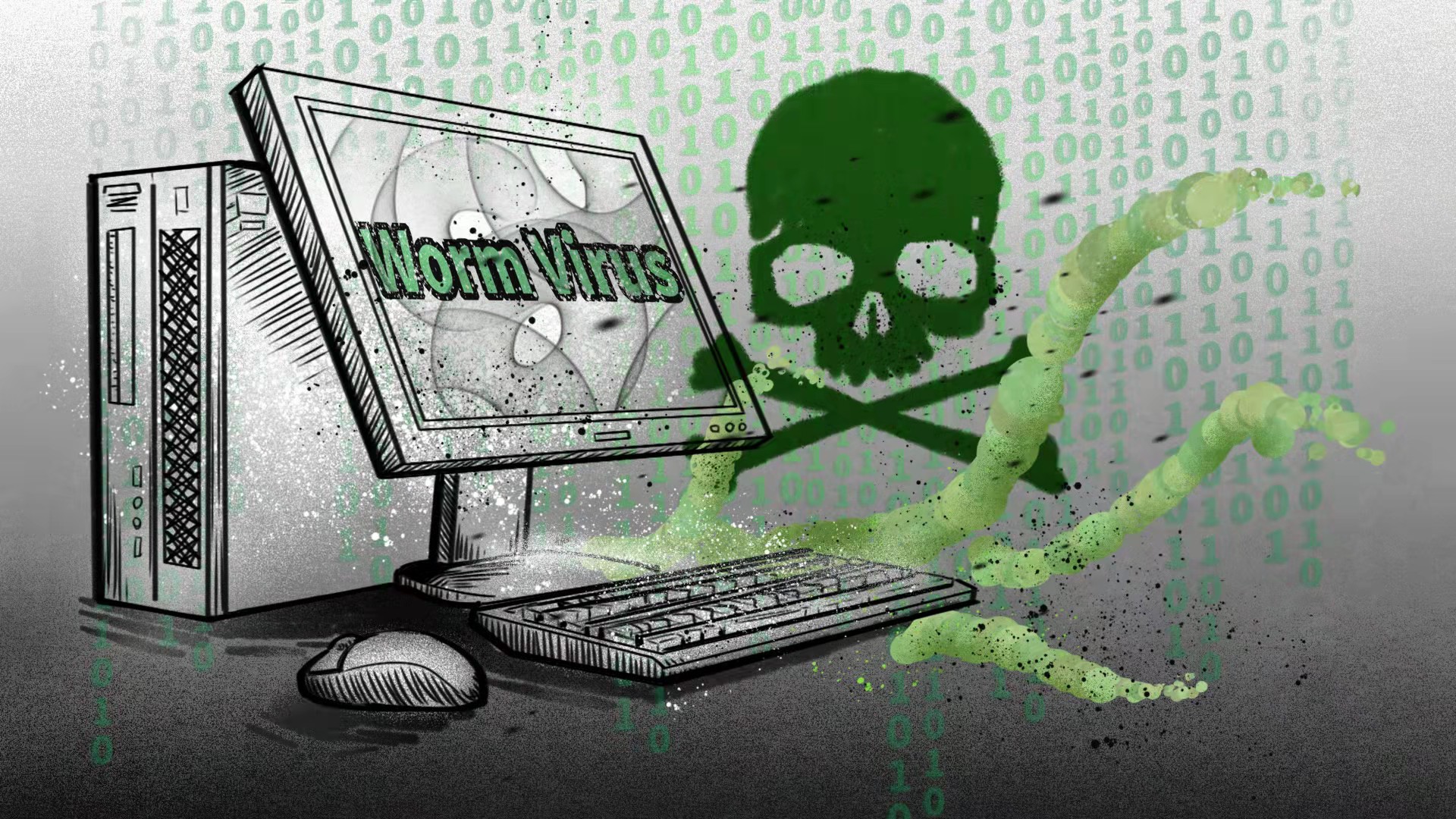 First, the U.S. has formulated and promoted an increasingly offensive cyber security strategy, rendering cyberspace in perpetuated instability. With strategic competition as the focal point, the four U.S. governments since the 20th century have embarked on a three-phase process of establishing, managing and controlling the cyber network – all in an attempt to write the rules and gain absolute strategic advantages in cyberspace.

Second, the unbridled expansion of America's cyber army has accelerated the militarization of the cyberspace. In 2010, the U.S. set up the Cyber Command as a prelude to its cyber warfare for years to come. In merely five years, over 3,000 officers were hired for the over 60 cyber task forces under the Command. After Donald Trump took office, America's cyber army, driven by the forward defensive strategy, grew rapidly to reach its full operating capacity with 133 task forces filled out by 6,187 cyber warriors in 2018.

With the Command being elevated to an independent unified combatant command – the 10th Fleet, the U.S. cyber army was equipped with the capability to carry out the full spectrum of military operations. Additionally, the U.S. has conducted seven Cyber Storm exercises since 2006, where an increasing number of cyber security companies and private sector organizations were incorporated into national cyber military operations, forming a "cyber kill chain."

America's over 10 years of relentless and unchecked expansion of its cyber forces has drawn worldwide criticism. It further debilitated the already fragile international cyber network and triggered a global cyber arms race. It not only accelerated the militarization of the global cyberspace, but also significantly obstructed effective governance of the cyber domain by international actors.

Third, the U.S. launched massive cyber offensives, opening the Pandora's box of cyber warfare. The American government and military are dedicated to the development and hoarding of cyberweapons, and never hesitant to apply them. Ever since the Stuxnet computer virus was exposed, the U.S. has been using offensive cyber operations as a unilateral deterrent to flex its cyber muscles.

Bent on leveling up its cyber capabilities of attacking key infrastructure, the U.S. has not only turned horrible plots in science-fiction into reality, but also spread the horror across the globe.

In 2017, ransomware WannaCry and NotPetya wreaked havoc across the world after hacking a huge number of government agencies, companies and research institutions, damaging their crucial data. The malware is widely believed to have been engineered by hackers based on one of the U.S. National Security Agency's (NSA) cyberweapons. 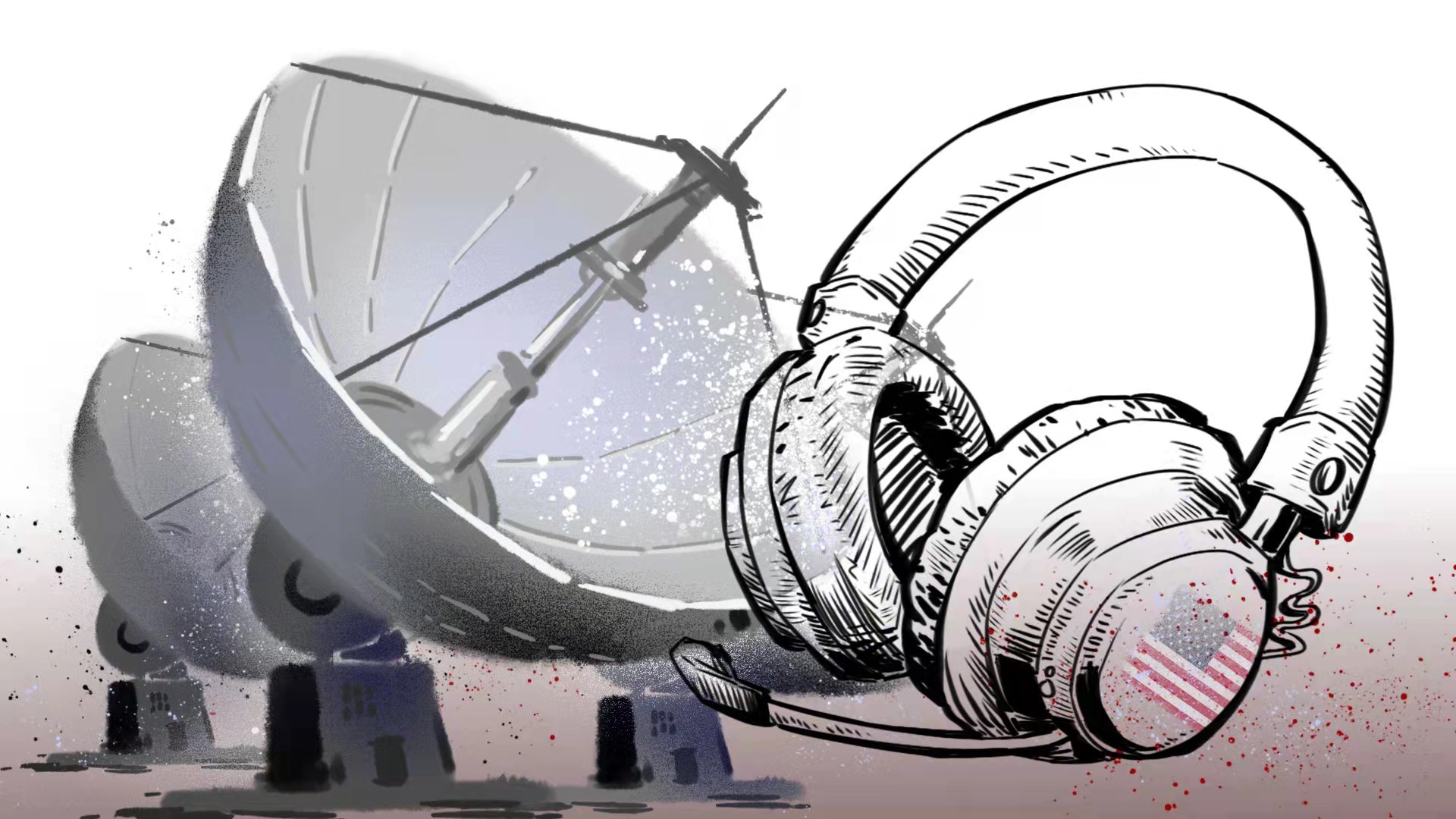 Fourth, the U.S. constantly conducts cyber-spying activities in the name of national security, building an espionage empire that threatens the entire world. Historically, stealing other countries' secrets to gain so-called intelligence advantage has been an important instrument for the U.S. to safeguard its global hegemony.

After Edward Snowden revealed PRISM, a surveillance program run by NSA since 2007, the U.S. did nearly nothing to stop its mass espionage activities. Quite the contrary, several members of the U.S. intelligence community such as the CIA and Department of Homeland Security joined the spying team, collecting digital intelligence across the world even more boldly.

The U.S. also teamed up with its Five Eye allies to establish a surveillance program coded ECHELON, setting up surveillance units at Sugar Grove in North Carolina, Yakima in Washington and two of Britain's air bases. With numerous dish antennas at ground stations intercepting signals of international communications satellites, over 134 countries' phone calls, telegraphs and computer communications through the satellites are all within the U.S.' reach.

Packaged as an attempt to protect national interests, America's deep-seated distrust in other countries has subjected its allies, including the Five Eye partners, to its surveillance efforts. Since 2009, the NSA has spied on 122 heads of foreign states and stored collected information in a database exclusively for them, where the number of reports on German Chancellor Angela Merkel alone is over 300. This way, intelligence transparency between the U.S. and the world is just a one-way street.

The U.S. aggressively wields its power to defend its advantages in the cyberspace. In the global cyber village where weal and woe are commonly shared and all countries are connected, the U.S. acts like an outsider that always goes the opposite direction.

What it does to protect its security – namely excluding others from the cyberspace and boycotting certain goods based on nationality – is not only against the open nature of the cyberspace, but also unlikely to build real security. What it can do is causing endless chaos and conflicts in an area that is crucial to the future of humanity.

(The author, Yang Nan, is an assistant research fellow at the Institute of American Studies, Chinese Academy of Social Sciences.​​​​)