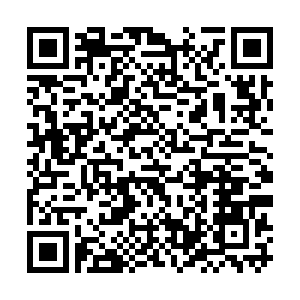 Spokesperson Zhao Lijian made the remarks after German Chief of Navy Vice Adm. Kay-Achim Schonbach said in an interview with CNBC Wednesday that China's growing naval power is "explosive" and a cause for concern.

China's necessary expenditures for development aim to safeguard its national security interests, which are completely legitimate and reasonable, said Zhao.

The spokesperson reiterated that China pursues a defense policy that is defensive in nature and stressed that China will continue to play its part in building world peace, promoting global development, defending international order and providing public goods to the world.

"What we should be keenly aware and oppose is that several countries outside the region have been flexing their own military muscles by sending naval vessels and aircraft carriers to the South China Sea and openly sowing discord among countries in the region," he noted.

Zhao also said there is no need to call out China if Germany wants to increase its military might, break through its own policy taboos and demonstrate its military presence in the outside region.

As the world' second largest economy and the most populous country, China's planned defense spending per capita in 2021 is less than 1,000 yuan ($157).

Besides, a defense white paper issued in 2019 said the Chinese military has cut 300,000 personnel to keep the total active force at 2 million. China has voluntarily cut its armed forces by over 4 million troops since 1978.