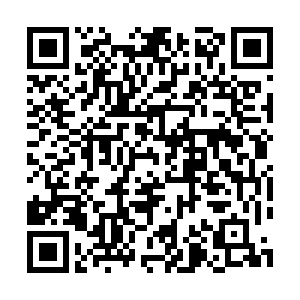 A senior Chinese diplomat on Wednesday said a few countries have turned counterterrorism into a political tool, making groundless accusations against the legitimate counterterrorism and deradicalization measures taken by the international community.

"They have even exploited terrorist forces to advance their own geopolitical interests, which will only fuel the resurgence of terrorism," said Wu Jianghao, Chinese assistant minister of foreign affairs, at the opening ceremony of the Second International Seminar on Counterterrorism in Beijing.

Noting that 2021 has witnessed the resurgence of international terrorist activities, Wu called on the international community to strengthen solidarity and join hands in fighting terrorism. The lessons of the boomerang effect are still fresh in memory and must be learned by heart, Wu said.

He noted that this year, the situation in Afghanistan has drastically changed. Terrorist groups including ISIS, Al-Qaeda and the East Turkestan Islamic Movement (ETIM) have been using the chaos in the region to expand their presence and stir up troubles. 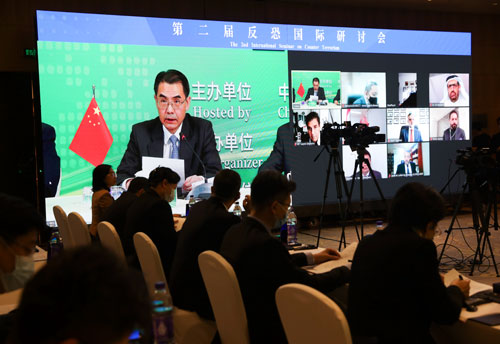 "Out of their own political interests, certain countries have attempted to clean the name of ETIM, a terrorist organization listed by the 1267 Committee of the UN Security Council," Wu said. "It is hoped that all countries will fully recognize the violent and terrorist nature of ETIM and work with China to resolutely crack down on the group."

China calls on the international community to foster the awareness of a community with a shared future, underscore the central role played by the UN, strengthen capacity building in developing countries, follow the principle of addressing both symptoms and root causes and tackle new terrorist threats and ideologies, Wu said.

Officials, heads of anti-terrorism agencies, experts and scholars from 17 countries, including Russia, the United States, the United Kingdom, France, Pakistan and Afghanistan, attended the conference via video.