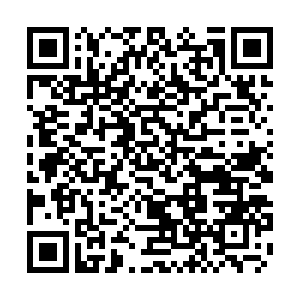 Abbas made the remarks during a meeting with U.S. National Security Advisor Jake Sullivan in the West Bank city of Ramallah.

On Tuesday, Sullivan arrived in Israel to discuss several issues with both Israeli and Palestinian officials, including the revival of the Middle East peace process which has been stalled since 2014.

Abbas urged Sullivan to exert pressure on Israel to stop its actions against the Palestinians, implement the signed agreements and launch a real political process in accordance with the legitimate international resolutions.

Abbas also called for ending both the Jewish settlement and the Israeli military occupation of the Palestinian territories including East Jerusalem.

Sullivan told Abbas that the United States is committed to the two-state solution and the importance of all parties working jointly to move forward to achieve peace and stability in the region.

On Tuesday, Abbas also met with U.S. Assistant Secretary of State for Near Eastern Affairs Yael Lambert in the West Bank city of Ramallah.

The last direct peace talks between Israelis and Palestinians, sponsored by the U.S., lasted nine months and broke down in 2014 over their deep differences on the issues of borders, security and settlement.

Since then, there have been no diplomatic ties between Israelis and Palestinians because of the Palestinian rejection of the Israeli expansion of settlements and Israeli measures against the Palestinians in East Jerusalem.

The Palestinians want to establish an independent state alongside Israel on all the territories occupied by Israel in 1967, including the entire West Bank and the Gaza Strip, with East Jerusalem as its capital.

(Cover: Palestinian workers remove the rubble of a building in Gaza City's al-Rimal neighborhood, which was targeted by Israeli airstrikes, December 20, 2021. /CFP)