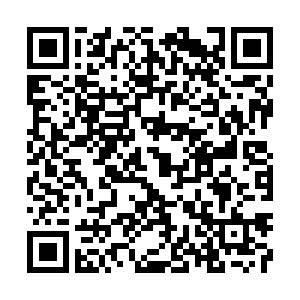 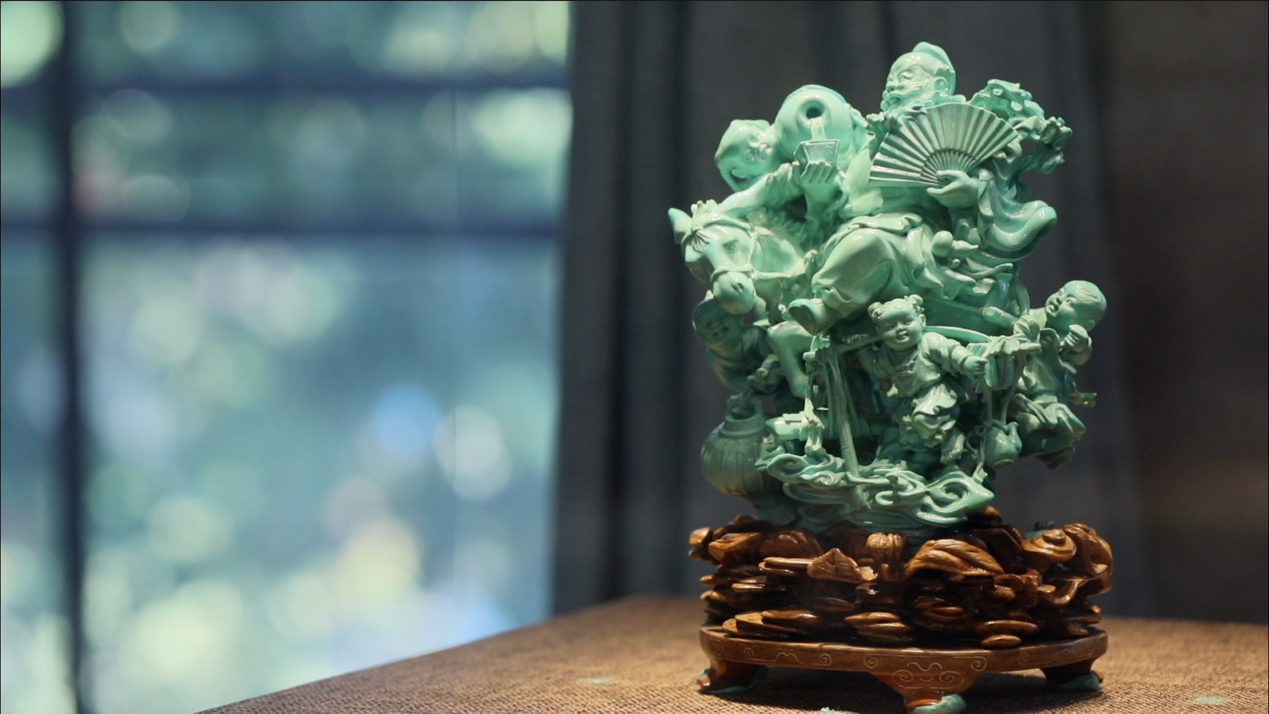 China's art collection market was for a time depressed in the 20th Century due to wars and the slow economic development that followed. The past 30 to 40 years have seen it recovering, witnessed by jade collectors like Wang Wei.

Wang, who works in the internet industry, has spent almost all his spare time promoting jade culture in the past two decades. He displays the most important pieces in his private exhibition hall, where entry is free.

"Jade is the only uninterrupted cultural medium in history. It's also used in some other countries, but it is in China that jade has been developed for the longest time, either as ritual vessels or artworks," Wang said. 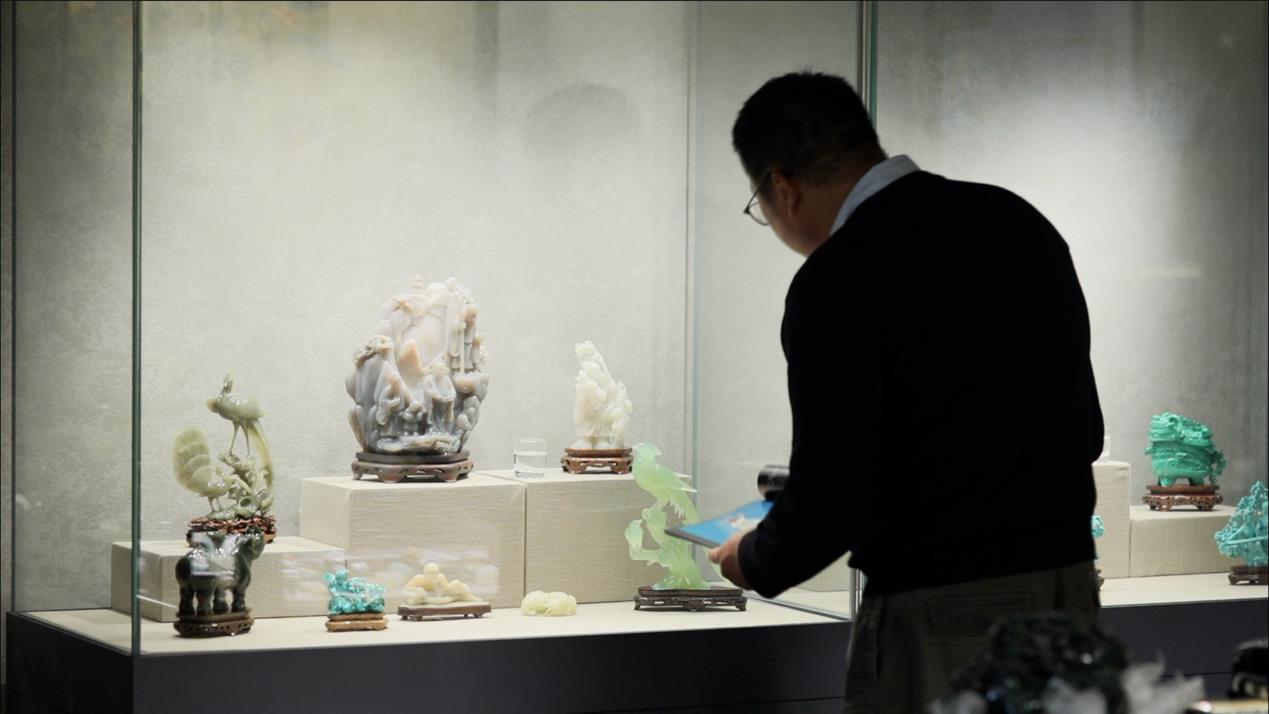 According to records, Chinese jade has a history of at least 8,000 years. It has long been treasured in the country as the gemstone associated with royalty.

When the Qing Dynasty (1644-1911) ended in the early 20th Century, the best jade craftsmen working for the royal family had to leave the palace. In the 1950s, after the founding of the People's Republic of China, many of them joined the newly established Beijing Jade Factory. Wang's father retired there as a jade carving toolmaker.

"I was greatly influenced by my father," he said. "I didn't understand how precious those jade pieces were when I was a child. But as I grew older, I felt that those traditional Chinese crafts are the best in the world."

His childhood memory is filled with visits to antique markets with his father. Many of the jade-carving masters at the time were friends of his father. All this enabled Wang to witness the development of the Chinese jade collection market in the past few decades.

"In the early years after the founding of the People's Republic of China, the majority of Chinese people couldn't afford jade articles. Many of them were bought by foreign customers."

It's until the 1980s when China adopted the reform and opening-up policy that jade consumption started among Chinese, according to Wang.

"As far as I remember, when I was eight or nine, people started asking about jade bracelets, pendants and things like that. Some bought them as accessories, not for collecting," Wang told CGTN.

"Big changes took place around 2000. More and more people were collecting jade ornaments. They didn't just wear them, but also bought them as family heirlooms or collections. Some might even do so as investments."

Wang is also a jade collector. As growing up with many jade-carving masters among his acquaintances, Wang is particularly interested in works created from the 1950s to the 1980s. 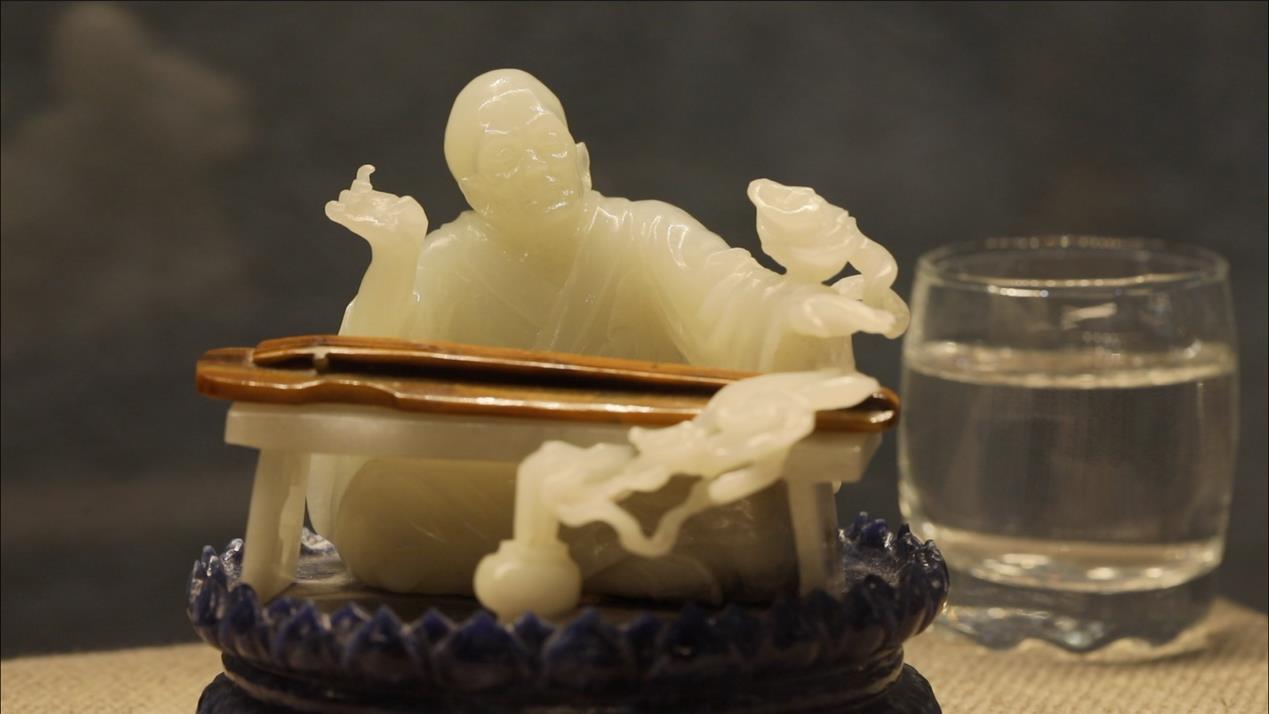 Given his experience at various auctions around the world, Wang hopes that more Chinese jade sculptures could return to China.

"I don't think I've collected enough. I hope more people will pay attention to the jade articles created after the founding of the People's Republic of China, as well as the typical artistic style of that era."