Download
Russia is not sulking, but composing herself
Danil Bochkov 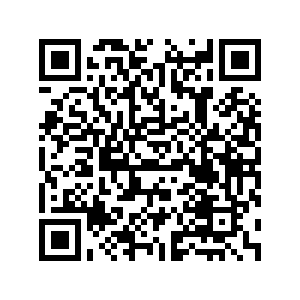 Russian President Vladimir Putin held an annual press conference on December 23 addressing a wide range of topics encompassing both domestic and international agendas. During three hours and 55 minutes he managed to answer 50 questions from the representatives of Russian and international media. It is not his record press marathon, compared to the last year's dialogue with journalists lasting over four hours. Still, all the most pressing issues dominating global and Russian public spotlight were touched.

Putin stressed that Russia has been fighting off the pandemic relatively successfully with the solid economic performance and government bodies operating at satisfactory level. He praised Russian economic situation over many developed countries, expecting 4.5 percent growth this year with disposable incomes rising 3.5 percent while also recognizing that the high inflation rate poses particular concern. Despite this fact, he insisted that Russia has successfully averted a Turkey-like crisis with its national currency losing nearly half its value.

Besides economy, Putin also addressed freedom of speech in Russia, which has been repeatedly questioned over the newly adopted "'foreign agents"' law aimed at prosecuting organizations and individuals, who have any connection to a foreign government financing. Broadly, Putin contrasted the Russian law against similar legislation applied abroad, stressing that the very idea originates from the U.S. and has been implemented even harsher there than in Russia.

As a sign of the growing ideological gap between Russia and the West, Putin highlighted that Western non-traditional values resemble the COVID-19 virus with its continuous mutation and creation of new forms. The only way to combat it is to find an antidote, he stresses, which is a traditional values system widely shared within the Russian mentality. 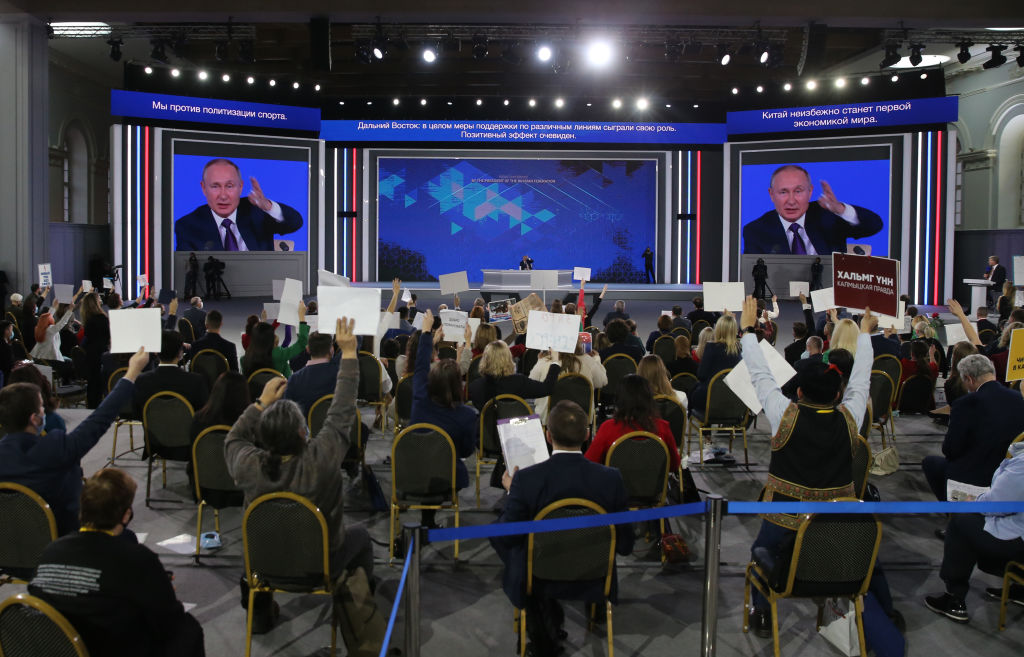 President Vladimir Putin speaks during his annual press conference at the Moscow Manege with more than 500 journalists were invited, Moscow, Russia, December 23,2021. /Getty

President Vladimir Putin speaks during his annual press conference at the Moscow Manege with more than 500 journalists were invited, Moscow, Russia, December 23,2021. /Getty

A large part of Putin's answers to the press was dedicated to the international issues, presenting a growing international challenge to Russia following a recent flare-up of tensions with the West over alleged Moscow's aggression against Ukraine. He again reiterated a list of recently set security guardrails encompassing a request for formal guarantees from the NATO that it halts any further advancements to the Russian borders.

The U.S. and EU representatives have just agreed that Brussels would participate in any Washington intersections with Moscow concerning European security measures recently proposed by Russia. Meanwhile, Moscow expects the security talks with the U.S. and EU to commence no later than in January as the tensions in the region are increasingly heightening. And although any prospects for both parties to make headway in this highly sensitive security issue are too early to predict – the very fact that the negotiations are planned to begin may slightly defuse the rising pressure and mitigate further escalation.

In order to set the tone of the future talks, Putin recalled a very well-known phrase of the distinguished Russian diplomat Alexander Gorchakov, who wrote in the wake of the Russian defeat in the Crimean War (1853-1856) followed by the cooling of relations with the West that "Russia is accused of getting isolated and keeping silence... They say that Russia is sulking. Russia is not sulking; she is composing herself." The meaning is that Russia does not get angry at anyone, it just takes pause to analyze the situation and sketch its commensurate responses. So, Putin concludes that hopes are high for constructive upcoming negotiations with the U.S. and NATO.

A specific part of Russian president's answers was dedicated to Russia-China relations hailed by Putin as "an absolutely comprehensive partnership of strategic nature." He opened up these remarks by highlighting his solid friendship with Chinese President Xi Jinping, which contributes to the high level of political trust. He underscored that Moscow and Beijing enjoy vibrant cooperation in energy, nuclear technology, space, science and culture.

Economically, Putin praised the intensity of Russia-China cooperation, which with rising trade turnover has already overshadowed all the pre-pandemic statistics. He added that China has already surpassed the U.S. as the largest economy if calculated by purchasing power parity and it "will inevitably become the number one economy in all other indicators" between 2035 and 2050.

In terms of security cooperation, Putin noted that Russia and China "are even developing together certain high-tech types of weapons" and closely working in space, aircraft areas co-developing planes and helicopters. Such high assessments are echoed in China with the country's Defense Ministry saying on December 23 that China and Russia have achieved breakthroughs in terms of defense cooperation this year and showed the world that they have the determination to maintain friendly relations.