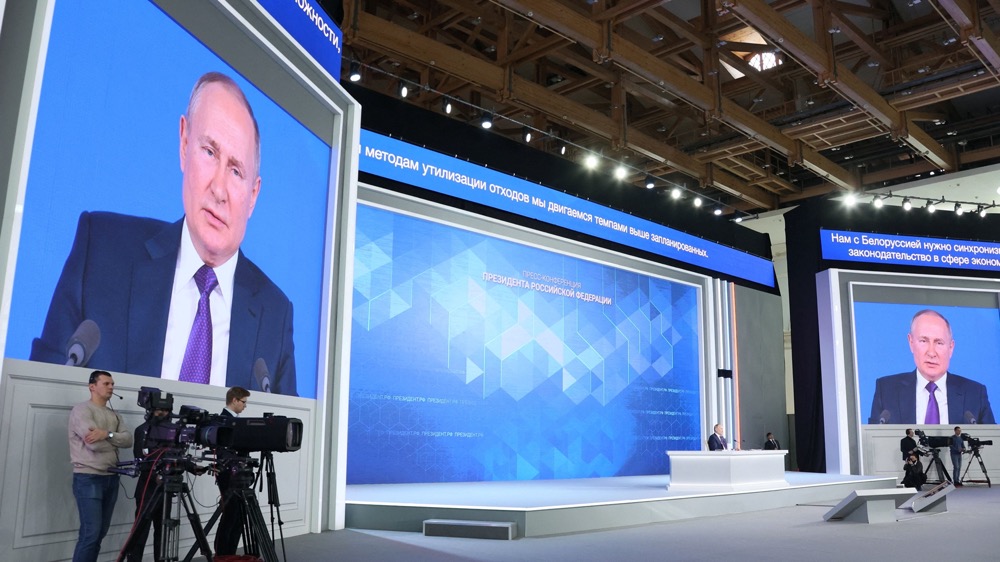 It is the main political event at the end of the year in Russia. For 17 straight years, Vladimir Putin has held a December press conference in Moscow. Unlike last year when the event was held online due to COVID-19, this year, 507 journalists were invited to join the Russian president on Thursday in the famous Manezh hall, right outside the Kremlin walls.

The foreign policy issues took the first quarter of the presser, with China seemingly at the top of the list. President Putin said, among other things, that Russia is firmly against the politicization of the 2022 Winter Olympic Games in Beijing. He called the move "unacceptable and incorrect." He also described China as Russia's number one partner.

"It is a mistake to use sports for some current political issues," Putin said, "namely, stopping the development of China. They should be aware of that at the end. That's unstoppable. Today China's purchasing power parity is higher than the American. Some time would pass, and China will unavoidably become the world's top economy."

He also stressed the unprecedented levels of trade and collaboration in space, medical, science, and military areas between Russia and China.

Rising tension with Western countries was also an unavoidable topic at the conference. Putin said the West was fabricating a natural gas crisis in Europe, insisting that Russia had recently not decreased but increased gas exports to the continent by 10 percent.

He also confirmed that Russian and U.S. officials would meet at the beginning of January. They should discuss Russia's offer to defuse the mounting tensions between the two sides over Ukraine and the NATO expansion.

The number of journalists invited saw a sharp drop from over 1,100 at pressers in the pre-COVID-19 era. Most of the reporters came from the far ends of Russia, wanting to raise issues directly concerning their regions. Among a handful of them able to present their issues to the president was Anna Korohova, a journalist from Volgograd.

"The entire newsroom cheered for me. They hoped all that time for me. And I'm sitting and wondering when, when… These were crazy emotions. I was here for the first time. Delight was unreal," Anna told CGTN.