Download
Outlook: Substantial gains in Treasury yield may be top risk for stocks market in 2022
By Jimmy Zhu 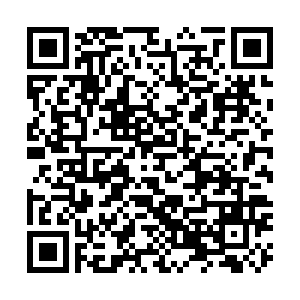 Volatility in stocks may be expected to climb in the first quarter of next year, as the market will start to digest the higher rates' impact on equities and bonds. But the stocks are expected to outperform again in late 2022, as investors may look at those stocks in cyclical sector to hedge against the persistent rising inflation.

As the U.S. Federal Reserve shifted the monetary policy outlook in a very short period of time, the market hasn't fully priced in the Fed's tightening impact. Together with ongoing uncertainty on Omicron variant spreading, volatility in global stocks is likely to resume in the first quarter of next year, before they gain traction in late of the year.

Some scientists pointed out that the Omicron variant may cause less critical illness than the variants detected earlier, though it is highly contagious. The rising infections may still cause more hospitalization and less consumption, and there have been an increasing number of countries to impose more stringent lockdown measures to curb the spreading recently. The global growth recovery could be delayed in the coming months.

U.S. consumers increased their spending by 0.6 percent in November, a slowdown from 1.4 percent growth in October. Data showed that virus spreading started accelerating again in the largest economy since November. Such a trend suggests that consumption in this country is likely to further decelerate amid increasing Omicron variant cases.

Even with the experience in the past two years showing that virus itself won't change much on the economic activities in the long run, it will still certainly bring more disruptions in supply chain, and then cause the rising inflation pressure to stay longer than expected. As the labor market continues to recover with a lower unemployment rate and higher wages, we expect the inflation may well stay above the Fed's around 2.0 percent target till the second half of 2023.

Having that said, the Fed may be forced to raise the rates by a couple of times, though the virus spreading continues to weigh on growth activities. Under such background, we expect the U.S. government bond yield to move substantially higher in the first half of 2022. The U.S. 10-year government bond yield is now around 1.5 percent; if the Fed is to raise the rates by 75 basis points as currently projected, the 10-year yield may risk to breach 2.0 percent.

Thus, a higher bond yield could be one of the top risks to the stock market next year. Most of the time in 2021, the Fed kept a relative dovish stance by pledging not to raise rates soon and defined the nature of inflation as transitory. It only changed its outlook in December this year, but bond yield remains largely unchanged for now.

We think the main reason behind the quiet moves is due to the appearance of the Omicron variant has increased the investors' appetite on those safe Treasury notes. Once the virus impact becomes less, markets' focus may quickly shift into Fed policy and inflation outlook, and both of these two factors point to a higher yield environment.

Another reason that there is no substantial rising in the U.S. yield at this moment is because of a dovish European Central Bank (ECB), and that makes the German yield remain near the historical low level. However, once the ECB starts to discuss a possible hike in 2023, a higher German Bund yield is likely to push the U.S. Treasury yield higher.

Data showed that a sharp increase in U.S. 10-year government bond yield tended to spur the value of Cboe Volatility Index (VIX), which is a gauge to reflect the sentiment in stocks market – higher VIX usually means rising panic and fears. In late January and the middle of August, rising Treasury yield triggered spikes in VIX, showing some stocks traders were not comfortable with the higher borrowing cost.

Despite the near-term volatility to be expected, the persistent sticky inflation environment would still encourage inflows into stocks rather than bonds in the longer run. When the inflation is persistently above 5 percent and way above the 10-year rates, the real return for those bondholders would be negative. Under this background, incentive for holding this type of notes for long term is low.

Instead, investors may continue using the equity portfolio to hedge against inflation, especially those cyclical stocks which could be benefited from a higher inflation environment, such as those in energy and resources sectors. Also, the banking sector may also outperform given the higher interest rates environment.

However, the technology sectors are likely to underperform in 2022, given the higher rates environment. Even with ongoing Omicron variant spreading concern, large scale of lockdown is very unlikely due to rising vaccinated rate. Hence, demand on those stay-at-home products is not expected to rise again rapidly..