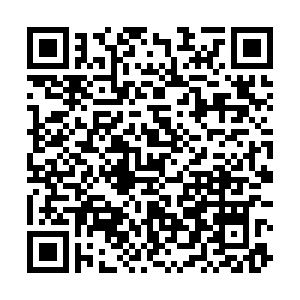 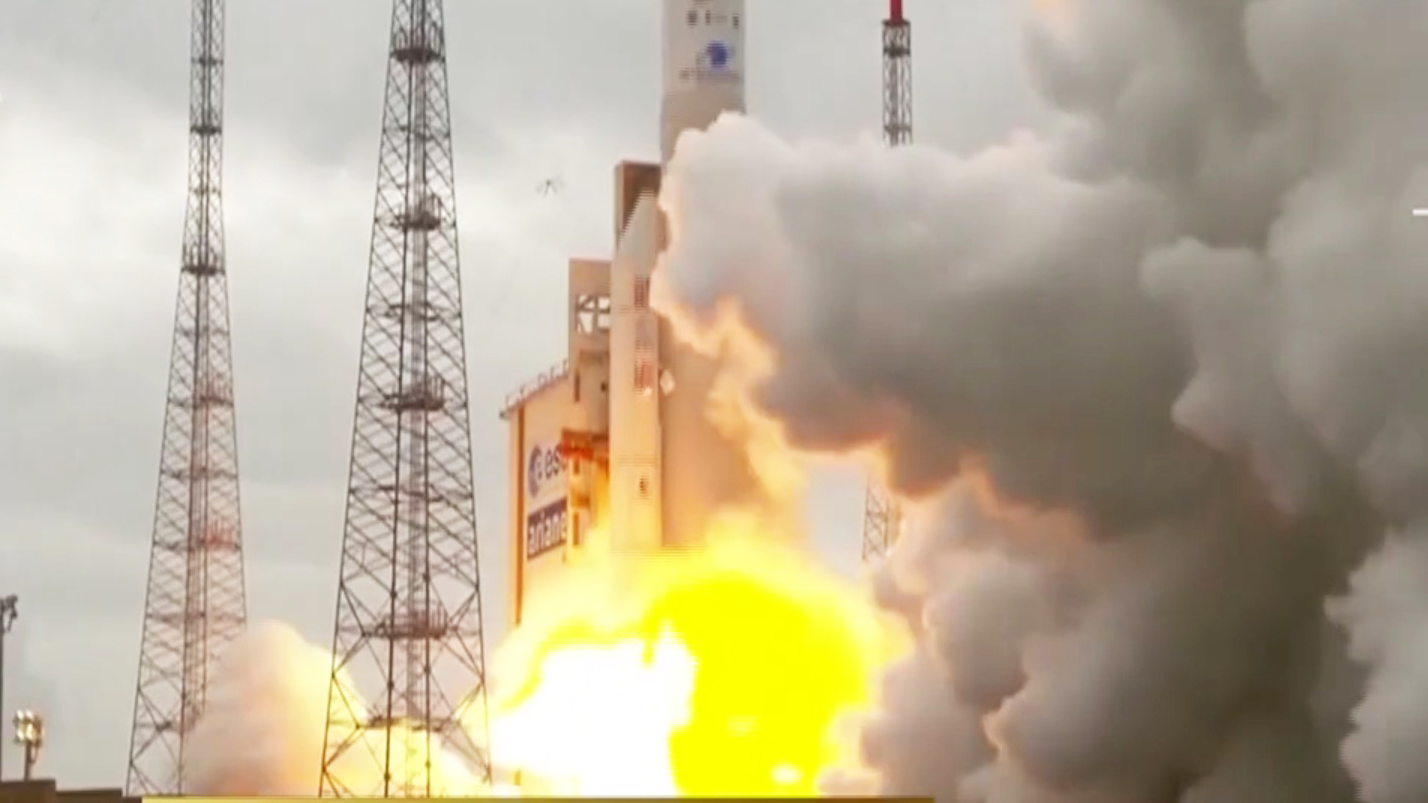 NASA's James Webb Space Telescope (JWST), the world's biggest, most complex and most powerful space telescope ever built, was launched on Saturday.

The telescope was sent into space by an Ariane 5 rocket from Europe's Spaceport in Kourou, French Guiana, after several delays caused by technical glitches.

According to NASA, the Webb mission will explore every phase of cosmic history – from within the solar system to the most distant observable galaxies in the early universe.

"We launch for humanity this morning," Arianespace CEO Stephane Israel said minutes before liftoff. "After Webb, we will never see the skies in quite the same way." 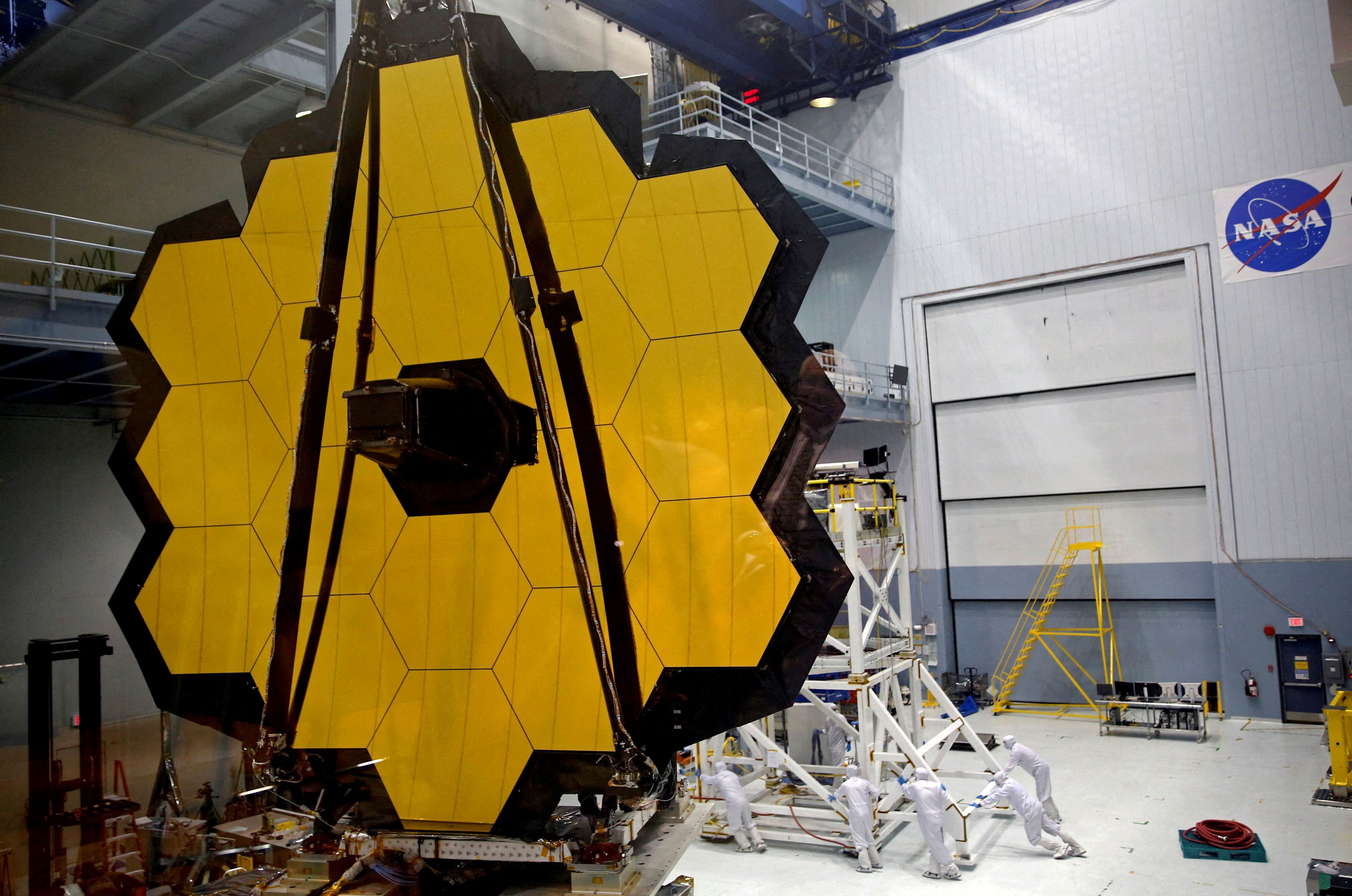 The $10 billion observatory hurtled toward its destination one million miles (1.6 million kilometers) away, or more than four times beyond the moon.

It will take a month to get there and another five months before its infrared eyes are ready to start scanning the cosmos.

The telescope's showpiece is a gold-plated mirror more than 21 feet (6.5 meters) across.

Protecting the observatory is a wispy, five-layered sunshield, vital for keeping the light-gathering mirror and heat-sensing infrared detectors at subzero temperatures. At 70 feet by 46 feet (21 meters by 14 meters), it's the size of a tennis court.

First, the telescope's enormous mirror and sunshield need to unfurl, as they were folded origami-style to fit into the rocket's nose cone. 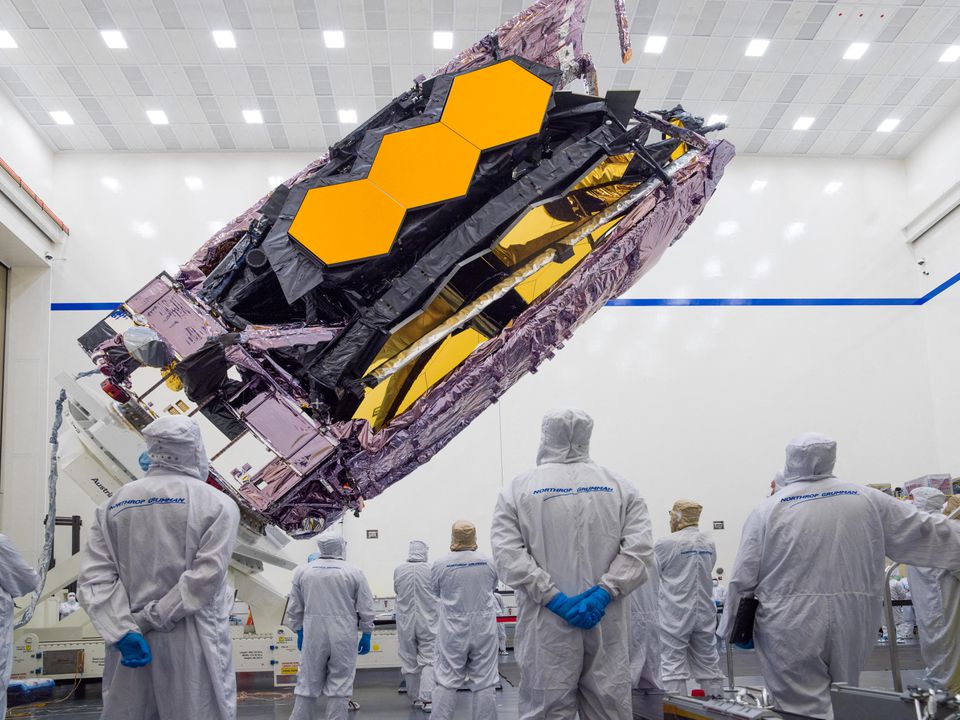 The James Webb Space Telescope is packed up for shipment to its launch site in Kourou, French Guiana in an undated photograph at Northrop Grumman's Space Park in Redondo Beach, California., U.S. /Reuters

The James Webb Space Telescope is packed up for shipment to its launch site in Kourou, French Guiana in an undated photograph at Northrop Grumman's Space Park in Redondo Beach, California., U.S. /Reuters

If all goes well, the sunshield will be opened three days after liftoff, taking at least five days to unfold and lock into place. Next, the mirror segments should open up like the leaves of a drop-leaf table, 12 days or so into the flight.

In all, hundreds of release mechanisms need to work perfectly in order for the telescope to succeed. "Like nothing we've done before," said NASA program director Greg Robinson. 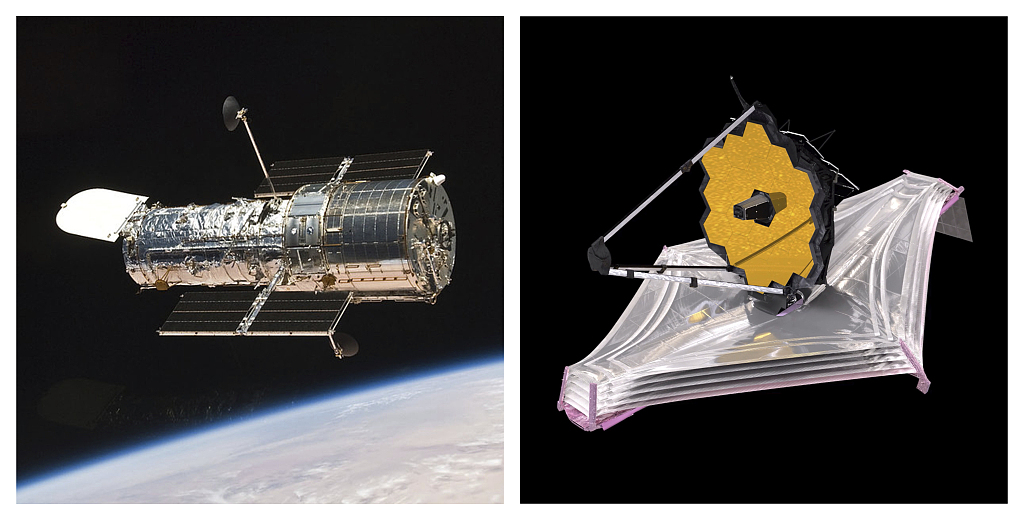 A successor to the aging Hubble

Intended as a successor to the aging Hubble Space Telescope, the long-delayed James Webb is named after NASA's administrator during the 1960s. NASA partnered with the European and Canadian space agencies to build and launch the new 7-ton telescope, with thousands of people from 29 countries working on it since the 1990s.

Webb is about 100 times more sensitive than Hubble and is expected to transform scientists' understanding of the universe and our place in it.

Webb mainly will view the cosmos in the infrared spectrum, allowing it to gaze through clouds of gas and dust where stars are being born, while Hubble has operated primarily at optical and ultraviolet wavelengths.

Retired astronaut and astronomer Steven Hawley is more stressed over Webb than he was for Hubble, which he released into orbit from space shuttle Discovery in 1990. That's because Webb will be too far away for rescuing, as was necessary when Hubble turned out to have blurry vision from a defective mirror.

Spacewalking repairs by astronauts transformed Hubble into a beloved marvel that has revolutionized humanity's understanding of the universe, casting its eyes as far back as 13.4 billion years.

It's now up to Webb to draw even closer to the Big Bang 13.8 billion years ago.

NASA is shooting for 10 years of operational life of Webb. Engineers deliberately left the fuel tank accessible for a top-off by visiting spacecraft, if and when such technology becomes available.

When he released Hubble, "I never would have believed that it would still be going strong almost 32 years later," Hawley, now professor emeritus at the University of Kansas, said in an email. "I hope that in 32 years we'll be able to say that JWST did as well."

'A time machine' that opens a new era of astronomy

NASA Administrator Bill Nelson called Webb is a time machine that will provide "a better understanding of our universe and our place in it: who we are, what we are, the search that's eternal."

The new telescope's primary mirror – consisting of 18 hexagonal segments of gold-coated beryllium metal – also has a much bigger light-collecting area, enabling it to observe objects at greater distances, thus farther back into time, than Hubble or any other telescope.

That, astronomers say, will bring into view a glimpse of the cosmos never previously seen – dating to just 100 million years after the Big Bang, the theoretical flashpoint that set in motion the expansion of the observable universe an estimated 13.8 billion years ago.

Hubble's view reached back to roughly 400 million years following the Big Bang, a period just after the very first galaxies – sprawling clusters of stars, gases and other interstellar matter – are believed to have taken shape.

Aside from examining the formation of the earliest stars and galaxies in the universe, astronomers are eager to study super-massive black holes believed to occupy the centers of distant galaxies.

Webb's instruments also make it ideal to search for evidence of potentially life-supporting atmospheres around scores of newly documented exoplanets – celestial bodies orbiting distant stars – and to observe worlds much closer to home, such as Mars and Saturn's icy moon Titan.

Astronomical operation of the telescope, to be managed from the Space Telescope Science Institute in Baltimore, is expected to begin in the summer of 2022, following about six months of alignment and calibration of Webb's mirrors and instruments.

It is then that NASA expects to release the initial batch of images captured by Webb.