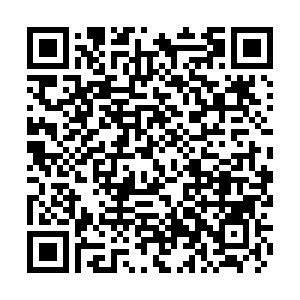 The Big Air Shougang, the only snow sports venue in the capital's urban area, has completed its first stage of snow-making work. The organizers introduced a batch of intelligent snow-making machines that can adjust water usage in different weather conditions and save about 20 percent of the water compared with traditional methods.

“Since launching the snow-making work, we've been monitoring the real-time temperature and humidity in the venue every day. With the weather getting colder, we will roll out our next phase of snow-making during the day to improve the venue's snow-making efficiency,” said Zhao Wei, executive secretary of the Big Air Shougang operations team.

The venue will soon be open to the public and used for various sporting competitions to become the world's first-ever permanent big air venue.

Other venues are also gearing up for making snow. Melted snow collection and recycling systems had been taken into consideration when these sporting venues were being designed.

The ice-machine room of the National Speed Skating Hall for the Beijing 2022 Winter Olympics, also known as the “Ice Ribbon,” can make snow and also recycle and reuse them using heat generated during the ice-making process. As a result, the system's carbon emissions are close to zero.

“For example, the heat generated in the ice-making process could help provide the hot water used to melt ice and for daily use in our stadium,” said Ma Jin, chief designer of the ice-making system in the “Ice Ribbon.”

All venues of Beijing 2022 are in their final preparation stages, and all newly built indoor venues have met the three-star green building standards of China. Almost 90 percent of service vehicles among the competition zones are powered by efficient and clean energy, a record high for winter Olympic events.

Beijing and the neighboring Hebei Province are also carrying out pollution control and environmental improvements of sand, water, and air quality.