Download
Looking back at 2021: A milestone year for CPC and all its members
Sun Ye 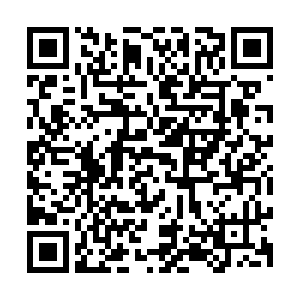 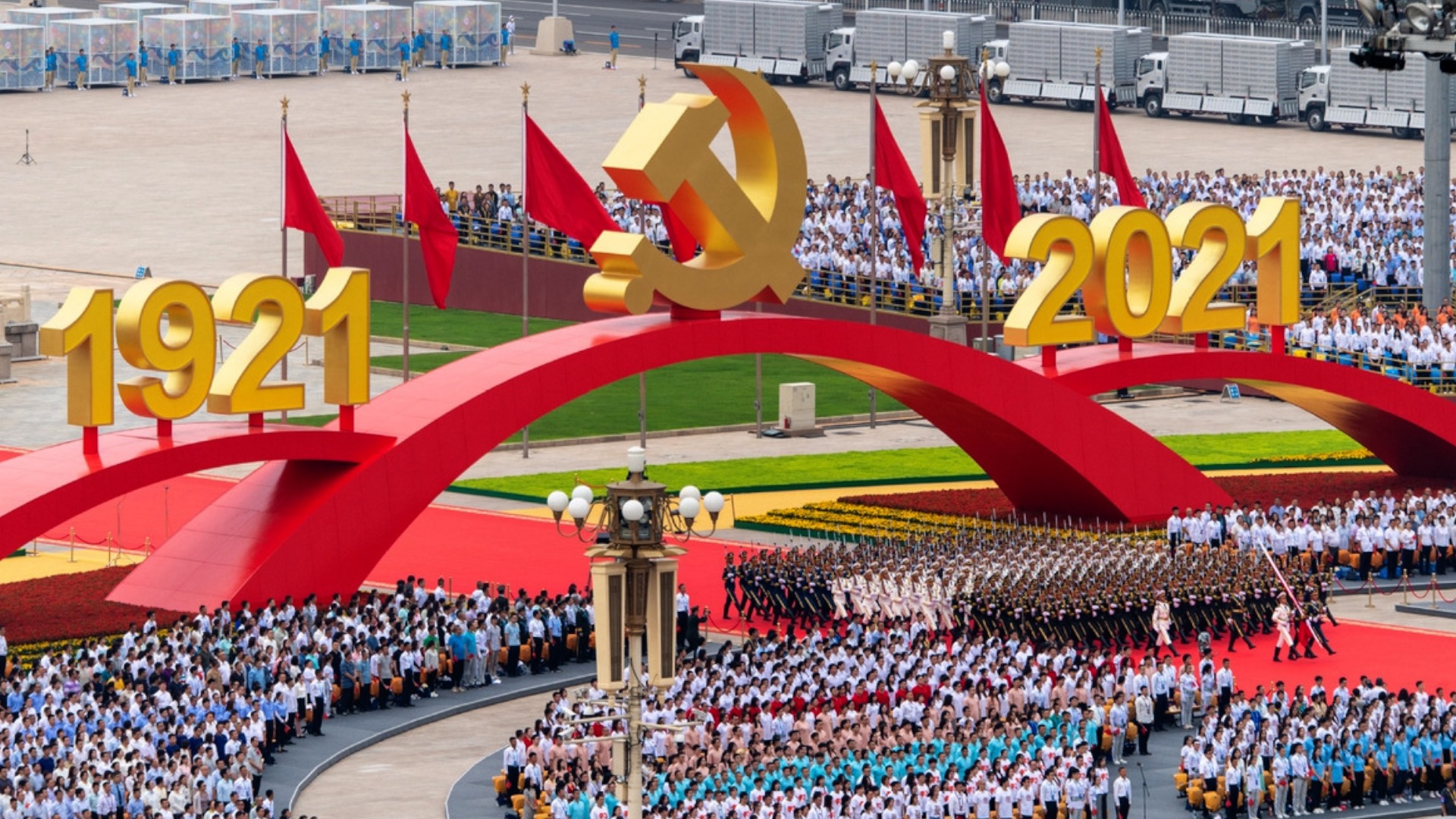 We tend to look back at each year at the end of December and call it "historic" and a "milestone" every time. But perhaps the terms are most true to heart for the year 2021, especially for us in China.

The centenary of the CPC was marked with a grand gathering at the heart of Beijing. Chinese President Xi Jinping, also general secretary of the Communist Party of China Central Committee, declared there on July 1 that China had realized "the first centenary goal of building a moderately prosperous society in all respects" and that the nation had "brought about a historic resolution to the problem of absolute poverty in China." He said the past 100 years had laid down some key concepts for success, and pointers for the future as the country readies for the second centenary goal of "building China into a great modern socialist country." A ceremony marking the centenary of the Communist Party of China is held at Tian'anmen Square in Beijing, China, July 1, 2021. /Xinhua

A ceremony marking the centenary of the Communist Party of China is held at Tian'anmen Square in Beijing, China, July 1, 2021. /Xinhua

That gathering was easily the most televised and viewed segment of the whole year. That afternoon, on the streets of Beijing, young students, dapper-looking bankers in the CBD area, teachers, retirees and others all essentially expressed the same thing. And perhaps it was best expressed by a 60-something-year-old lady who cried soon into our brief talk. She said it's almost beyond imagination to have a poor derelict country turned over in the last 100 years. She would know because she had grown up poor, and pointed to the skyscrapers surrounding us to stress the contrast. The CPC led the country and rose above the difficulties. And as someone who witnessed and benefited from the changes, "It's only natural that we work hard to make our country and future generations' lives better." She said she works in arts education for children, and that she had just organized a painting trip for out-of-town school children "to show them how beautiful our country is."

That deep belief in the CPC leadership and determination to devote to one's work is not singular.

In April, a year after Wuhan's lockdown in 2020 was lifted, we talked to two doctors from the venerable Peking Union Medical College Hospital who went and assisted Wuhan in the most harrowing months. Li Taisheng, who had spent decades researching infectious diseases, showed us his notes about the then unknown virus and how it ravaged patients. He had taken detailed notes of how patients reacted to treatment, how some deteriorated, what symptoms each had, what dosage of each medicine was given and what combination of treatments worked best.

The writings look methodical and medical. After all, these were a doctor's economical notes primed for necessity, but Li would explain "this line was written when I was most distraught, I wanted so much to do something for them" and "this line was when a treatment dawned on me, it could be worth trying." Li said even in the darkest hours, he had known that persistence would finally lead to a way out. After all, the country had pooled the best people to tackle the situation with single-minded attentiveness. He was wearing a proud Party member's badge when he said this. 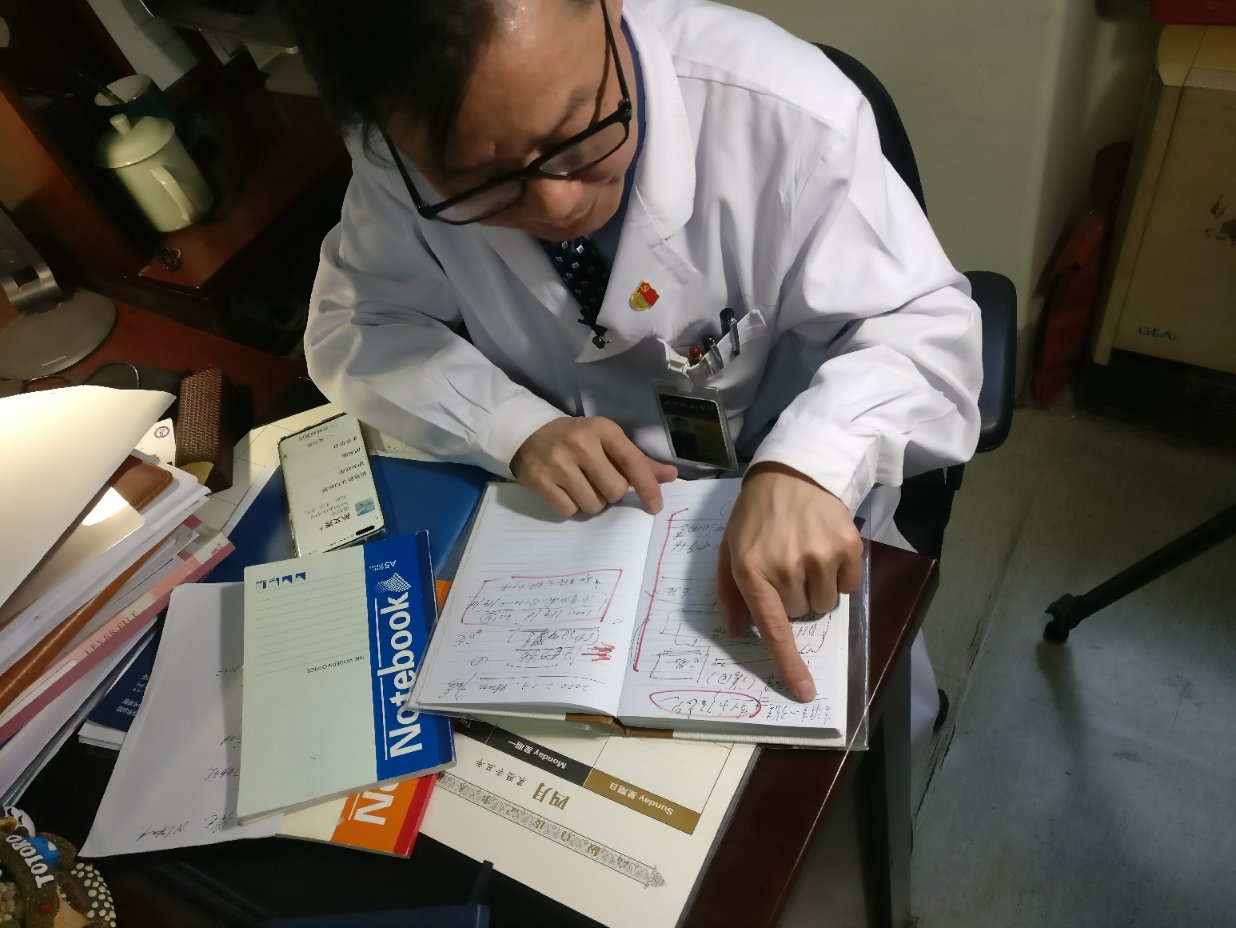 Fan Junping, another doctor we talked to, is much younger. He's in his early thirties but emerged out of that never-before-and-hopefully-never-again experience an even more steadfast believer in the CPC's leadership and the collective power of a nation that acts together. "My experience had led me to believe that in a situation like this (in Wuhan), there could be no other way out other than ours." He said the months in the most traumatic quarter of hospital wards had made him even more convinced of his line of work and his belief in the CPC leadership.

Last Sunday, we were at the Beijing ground control for Shenzhou-13 crew's second spacewalk. In a year when China's space program made so many historical breakthroughs, we asked the engineers about their proudest and most memorable moments.

Wang Xin, deputy chief commander for the system of the space station at China Aerospace Science and Technology Corp, had overseen his part of the mission for years and had often been effusive about the Tianhe core module. He thought for a while before giving me a surprising answer. His biggest and proudest moment this year, it turned out, was not how the spacecraft had made history in orbit or the taikonauts had clocked in record times, it was the celebration of the centenary of the CPC. He said that day had, again, vindicated the spirits that space engineers and CPC members have all held true so long – that as one devotes themselves to their work and beliefs, all will be well.

When explaining the CPC's November resolution on historical experiences, a CPC official said one of the most important lessons for the CPC as well as the country's success has been the core leadership and Party members staying true to their sense of mission and duty. It seems the Party members we met this year have all embodied that spirit.