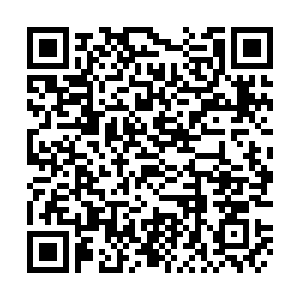 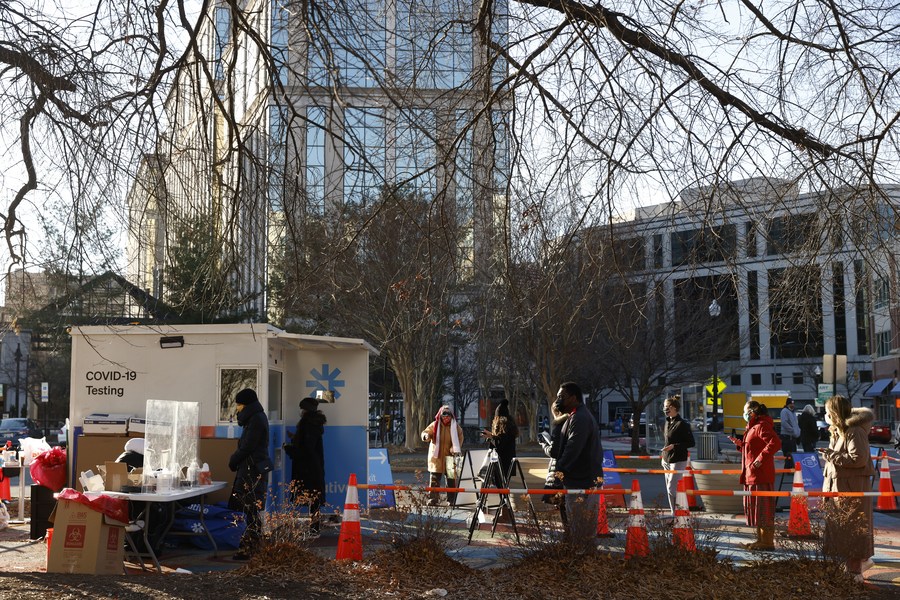 The United States and some European countries have shattered records for daily COVID-19 cases, driven by the Omicron variant that is sweeping the globe and hampering worldwide efforts to tame the pandemic.

The lightning spread of the new Omicron variant in the United States has driven daily COVID-19 new cases to a record high of over 510,000 on Monday, the highest single-day tally since the onset of the pandemic in the country, according to the latest data of Johns Hopkins University.

The seven-day average daily increase of cases reached more than 206,000 on Sunday, according to the U.S. Centers for Disease Control and Prevention (CDC). This is also the highest figure since January 18.

The Omicron variant was estimated to be 58.6 percent of the coronavirus variants circulating in the nation for the week ending December 25, according to the data from the U.S. CDC on Tuesday. 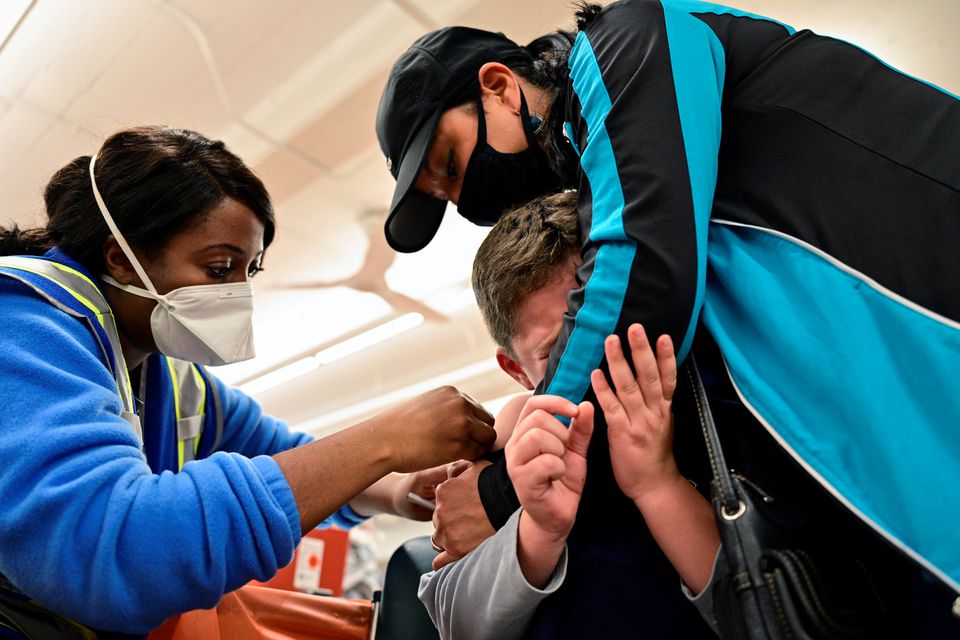 The Delta variant, which had been the dominant strain in the past few months, accounts for 41.1 percent of all U.S. COVID-19 cases as of December 25, the public health agency's data showed.

The surge is now straining hospitals across the U.S., pushing them to the brink of collapse.

With a likely spike in infections after the Omicron variant was identified, Rhode Island emergency doctors reportedly warned earlier this month that any new surge of patients would "lead to the collapse of the state health care system."

The number of children hospitalized with COVID-19 in the United States is also rising.

Over 7.5 million children have tested positive for COVID-19 since the onset of the pandemic in the nation, representing 1 in 10 American children, according to the latest report of the American Academy of Pediatrics (AAP) and the Children's Hospital Association. 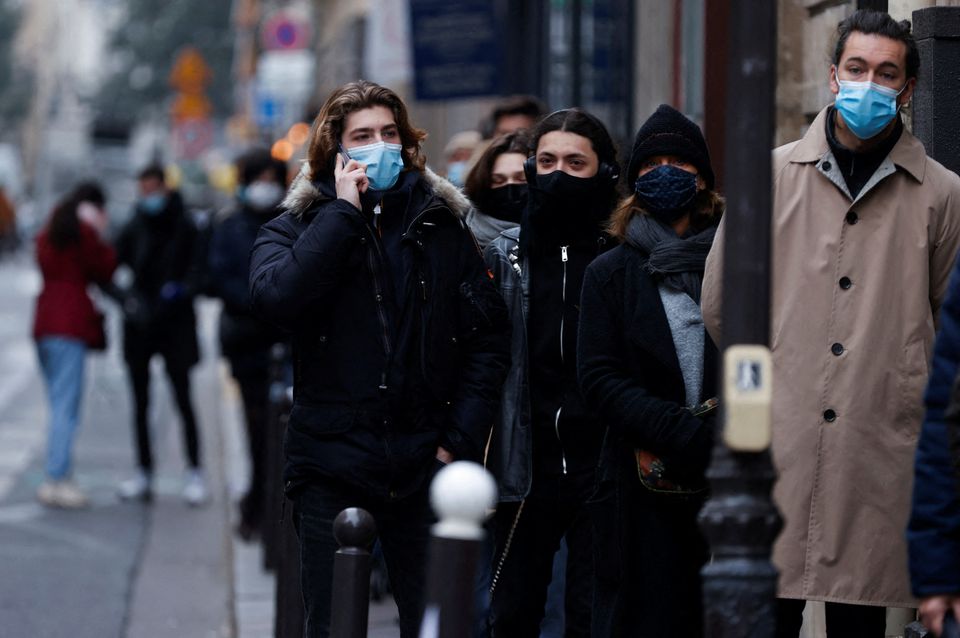 People queue for tests ahead of Christmas, amid the spread of the COVID-19, in Paris, France, December 23, 2021. /Reuters

People queue for tests ahead of Christmas, amid the spread of the COVID-19, in Paris, France, December 23, 2021. /Reuters

The French government authorized on Tuesday the sale of antigenic tests in supermarkets until the end of January. The French prime minister announced a monthly bonus of 100 euros to all intensive care medical staff.

France was not alone. Britain also reported a record daily high of nearly 130,000 cases, as did Portugal, Italy and Greece.

Britain's National Health Service emergency departments said they could be pushed "over the edge" and would have to prioritize the most vulnerable patients as the spread of the Omicron variant puts staff in self-isolation.

'Roll up your sleeves'

British researchers have analyzed the possible impact that a booster shot will have on Omicron and said it could provide around 85 percent protection against severe illness and decrease the chance of hospitalization.

"This is a national mission and we all have a role to play so roll up your sleeves and get protected as soon as you can," said British Health Secretary Sajid Javid.

Although experts point to boosters as the best means of preventing severe illness, just four in 10 eligible Americans have received one.