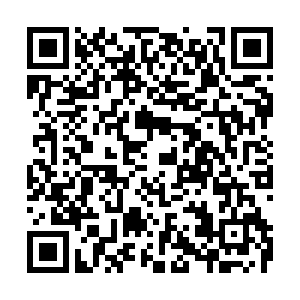 The southwestern Chinese city of Kunming has seen a record number of black-headed gulls, a largely migratory bird from the Siberia region, according to local forestry and grassland authorities.

About 44,000 black-headed gulls are wintering in Kunming, provincial capital of Yunnan, about 2,000 more than last year, statistics from the Kunming Ornithological Society show.

"Over 100 people counted the birds at 67 sites at the same time," Wang Zhibin, deputy secretary-general of the society, told CGTN. Wang said the area around the city's landmark Dianchi Lake accommodates the largest population of the gulls. 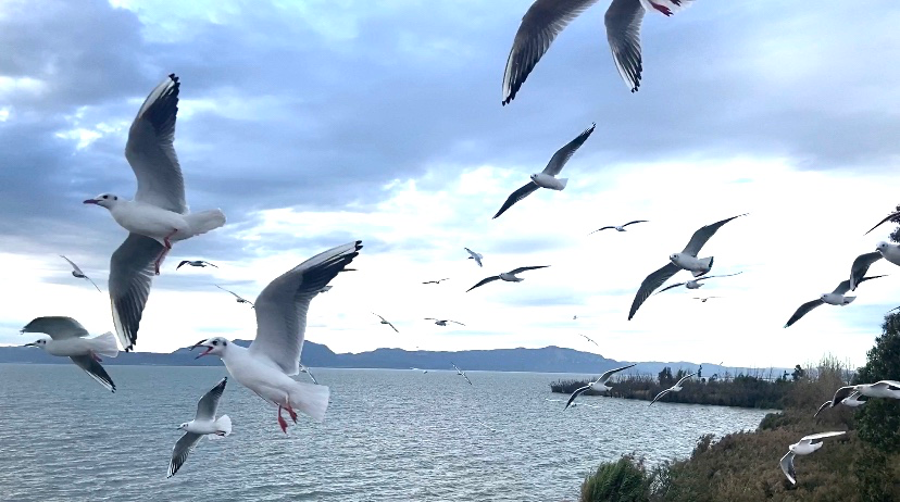 In recent years, the city has seen a steady increase in the birds. Wang said that apart from natural breeding conditions, abundant food resources can be a significant reason.

"We've done statistics of the gulls for more than 10 years. The work can serve the policymakers to take related protection measures, which is conducive to better birdwatching," the conservationist said.

The city has also conducted bird banding and health checks. In November, the Kunming Forestry and Grassland Bureau banded 100 gulls in a bid to better understand their migratory routes. And to monitor their growth status, staff members weighed the birds and measured the length of their bodies, wings, beaks, feet and tails.

Lu Honglin of the bureau said that the gulls are generally in a good health this year. He added that they usually gain 50 to 150 grams during their wintertime in Kunming.

"This would make it possible for them to fly back to Siberia safe and sound," said Lu. 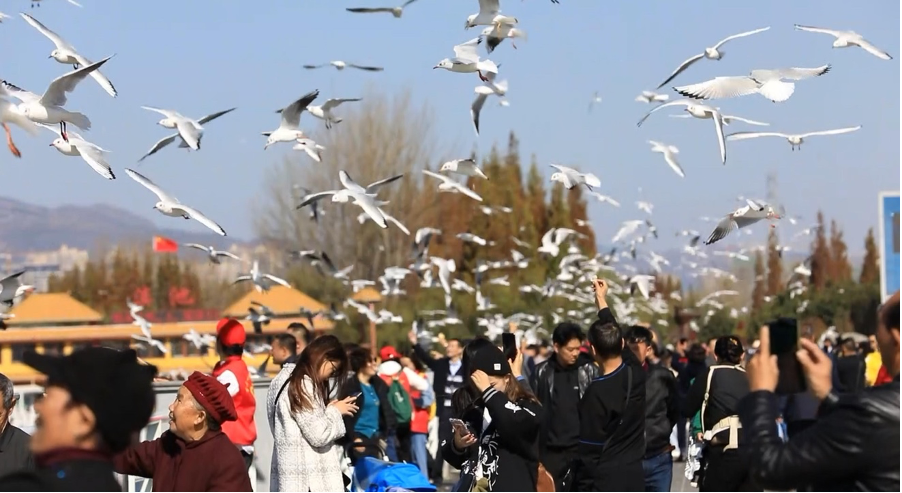 Residents and tourists interact with the black-headed gulls in Kunming./CGTN

Residents and tourists interact with the black-headed gulls in Kunming./CGTN

Epidemic disease prevention is another important issue. For that, the bureau has collected serum and stool samples as well as throat swabs from some of the gulls to detect if they carry any infectious viruses.

Starting last year, the gulls received two sample testings of COVID-19, and all were negative.

Kunming is hailed as China's "Spring City" due to its warm and enjoyable weather all year round. In the winter of 1985, thousands of gulls migrated to the city, heralding an annual rendezvous. Today, the elfin creatures have become an iconic landscape of the city.

Yunnan is a key destination for migratory birds. Each year, some 400 species pass by or winter there. In 2020, the provincial forestry and grassland bureau issued a circular asking local bureaus to strengthen measures against poaching and illegal trading and breeding of birds by cooperating with public security, market supervision and customs departments.

(Chen Jian contributed to this story)