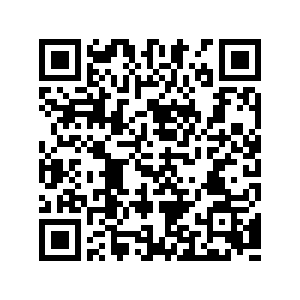 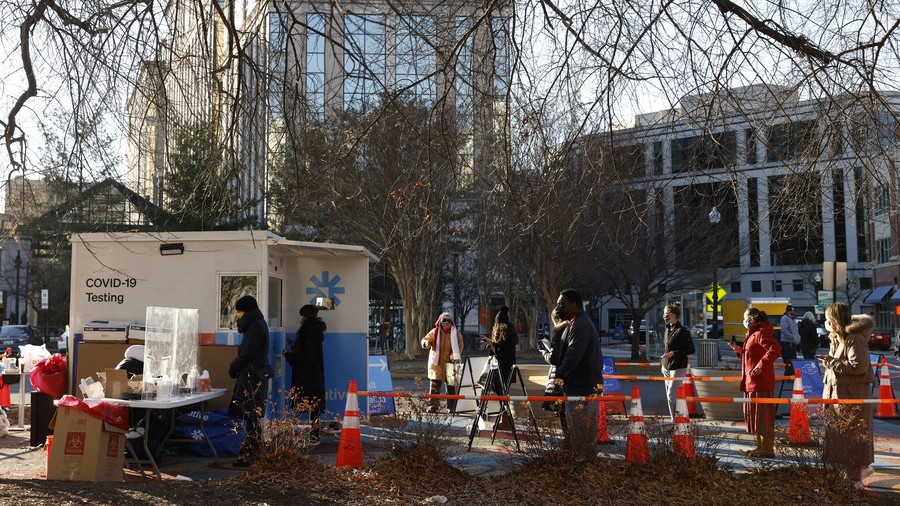 Editor's note: Christopher Helali is the international secretary of the Party of Communists USA, a PhD candidate in philosophy and China Government Scholar for Sino-U.S. Cultural Communication at Tongji University. The article reflects the author's opinions and not necessarily the views of CGTN.

On the night of December 27, after a Christmas holiday celebrated by millions of Americans amid the surge of the Omicron variant, U.S. President Joe Biden quietly admitted defeat. During a virtual meeting with members of the National Governors Association, Biden responded to Arkansas Governor Asa Hutchinson by stating that there was "no federal solution" to the ongoing pandemic, but rather, that it would be "solved at the state level."

This was coming from the same person who had run a presidential campaign promising to end the pandemic by shutting down the country and listening to scientists. What has been made perfectly clear during Biden's first year in office is the colossal mismanagement of the pandemic.

The abject failure of the U.S. federal government to provide for the needs of the working class at a time of tremendous social and economic hardship is a testament to the barbarism of a system that places profit above people and the planet.

The failure to properly deal with the pandemic cuts across party lines and indicts both Democrats and Republicans. Former President Donald Trump and his successor Biden have both consistently failed to address the systemic issues that continue to harm workers and farmers around the country while the rich are able to reap the profits and benefits brought about by the pandemic. Remember, in the maxim attributed to Winston Churchill, "never let a good crisis go to waste."

The capitalist ruling class has not allowed this crisis to go to waste. According to data from the end of the summer, billionaires have accrued over five trillion dollars since the beginning of the pandemic while millions of workers and farmers have lost their livelihoods and seen their communities decimated by the pandemic. Oxfam's Max Lawson wrote that "COVID-19 is turning the gap between rich and poor into an unbridgeable chasm."

The U.S. government has taken the opportunities afforded by the pandemic to strengthen domestic surveillance, increase the military budget, prioritize national security, and escalate tensions with China and Russia. Simultaneously, the government's COVID-19 priorities have focused heavily on vaccination and mandates, which have proven not to be as effective as once touted by administration officials given the state of the country's health care system.

What the pandemic has revealed is a health system that is beyond disrepair. It feasts on the enormous profits it reaps from insurance and pharmaceutical companies while millions of Americans find themselves unable to access quality health care. Without a universal health care system and a robust national health program that puts people before profits, millions continue to suffer due to staffing shortages, supply chain issues, size of facilities, bed shortages, and the distance required to travel to hospitals and clinics for those in rural areas.

The fact that people in the richest country on Earth have to deal with a crumbling health care system is further proof of the barbarism of the capitalist system.

Likewise, the pandemic has led to wide scale logistical and travel disruptions across the United States. From December 25 to 27, about 3,300 flights were cancelled in the United States due to the ongoing crisis, according to FlightAware, caused by the mismanagement of the pandemic. Supply chain and production issues have also impacted Americans and the U.S. economy. 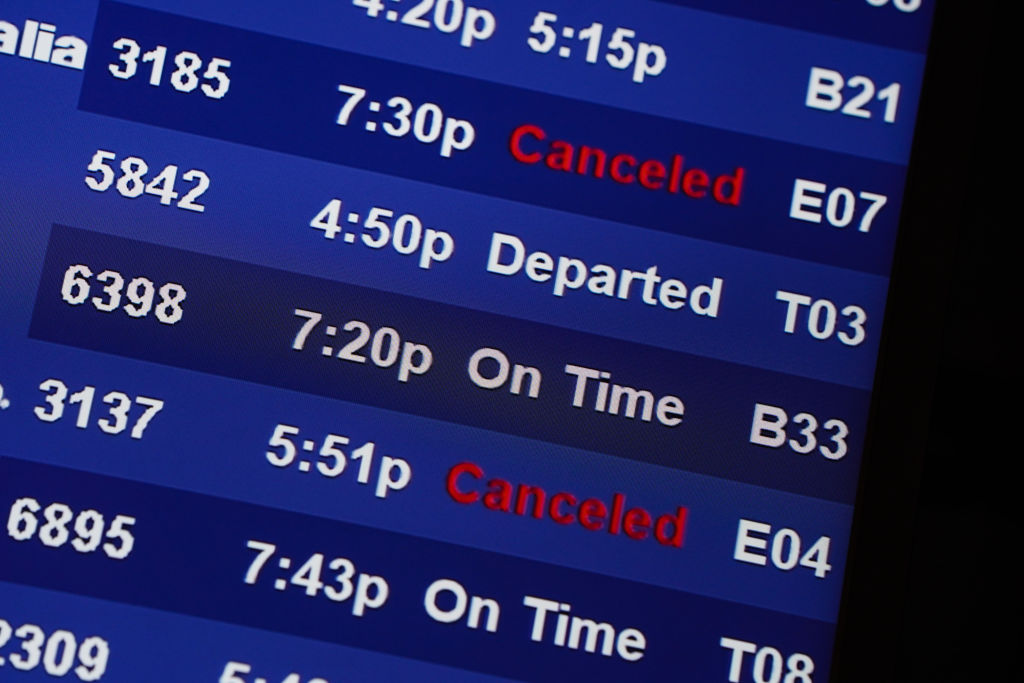 The ineffective response by the U.S. government is nonetheless hailed as a success by its sycophants in the media while the response by the Chinese government is labelled as "authoritarian" and "violating basic human rights." Yet, China places the needs of its people first, providing a national health care system that is administered by the central government and provides for the needs of urban, suburban, and rural citizens.

China's "dynamic zero-COVID" policy has proved to be very successful when compared to the United States. As U.S. journalist and researcher Danny Haiphong notes, "China's strategy does not seek to eliminate transmission entirely but rather to reduce the human and economic costs of the pandemic as quickly and effectively as possible."

What is certain is that the United States government continues to fail its people in providing a path out of the pandemic. It could have mobilized civil society to address to social and economic needs of the American people during the pandemic. It could have launched a nationwide campaign to hire more medical professionals. It could have provided free, universal, high quality health care to all along with cash payments, debt forgiveness, and other ways to help struggling workers and farmers.

Yet, the United States continues to show itself as a leviathan whose only concern is to ensure the stability and success of its ruling class. It must ensure that billions of dollars feed a bloated military-industrial complex. It must externalize its domestic problems by creating enemies abroad that seek to destroy its way of life.

This in turn further destabilizes global peace and security. Even during a pandemic where over 819,000 Americans have died, we must remain vigilant and guard against any imperialist aggression by the United States which might seek to turn its domestic failures into a rallying cry for war.