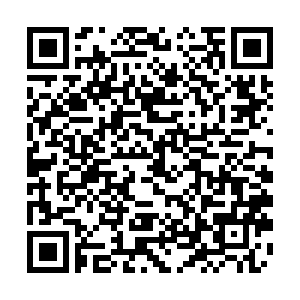 Guided by the objectives set out in China's development blueprint, Xi made detailed plans and instructions during each of his visits as China embarked on a new journey to fully build a modern socialist country during the 14th Five-Year Plan period (2021-2025). 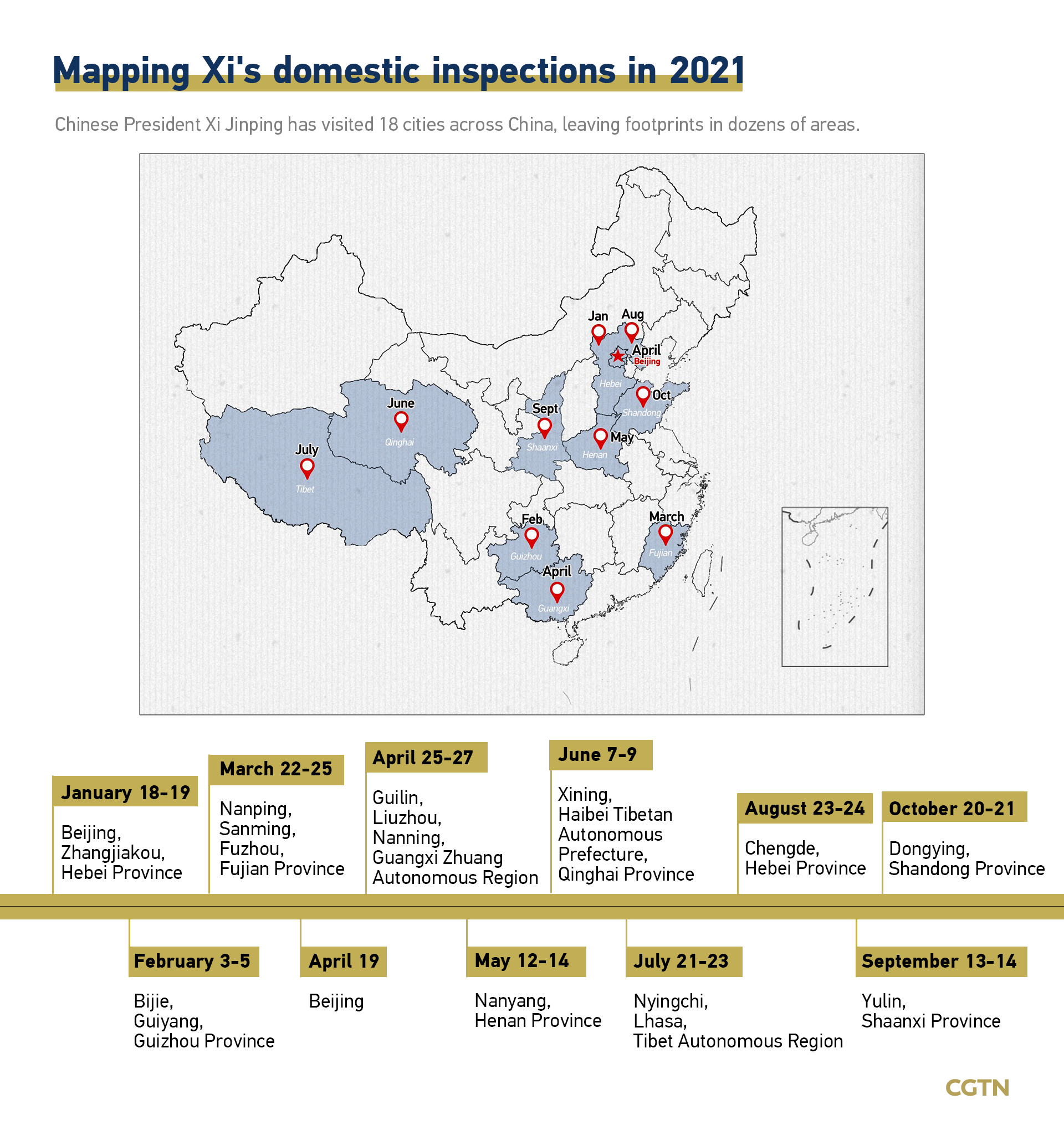 From the 2022 Winter Olympics venues and remote villages to nature reserves and small companies, his visits demonstrated China's commitment to advancing ecological progress and pursuing innovative, green and high-quality development.

"People," "ecology," "innovation," "high-quality," "security," "culture," "service," "education," "technology" and "rural areas" are among the top words and phrases Xi mentioned during his visits this year, according to CGTN analysis. 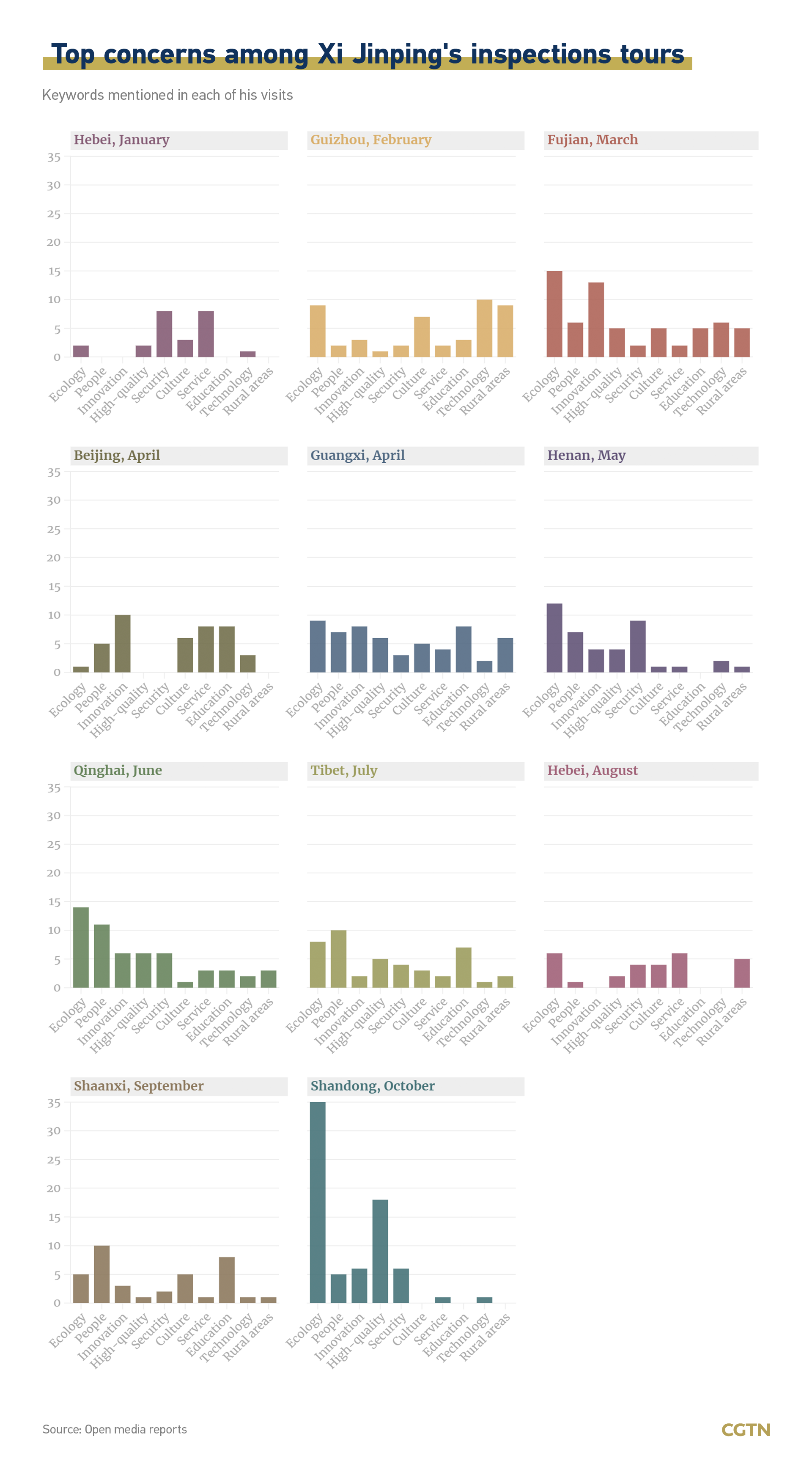 In each of his visits, Xi showed deep concern towards the people. Over the past year, he visited old revolutionary bases, ethnic minority regions, and places with poor infrastructure, fragile environmental conditions and victims of frequent natural disasters. He visited the poor, talked with local officials, inspected the conditions and reviewed the poverty alleviation work.

Despite the COVID-19 pandemic, China met the UN's poverty alleviation goal 10 years ahead of schedule. Through eight years of sustained efforts, the country has lifted the entire rural population under the current standard out of poverty, with nearly 100 million poor people shaking off poverty. Poverty alleviation has long been the primary concern for President Xi, who reiterated that "no single poor area or individual shall be left behind."

President Xi's first stops were Beijing and Zhangjiakou, the two host cities for the 2022 Winter Olympics. On his two-day inspection, he stressed the importance of delivering a "fantastic, extraordinary and excellent" Olympics in 2022 with a "green, inclusive, open and clean" approach.

Ahead of the Chinese New Year this February, the president went to Guizhou, a province that has lifted more than 9 million people out of poverty since 2012. After visiting people in the most impoverished cities and inspecting the local ecological environment, he emphasized the importance of blazing a new path that prioritizes ecological conservation and green development. The local economy was once impeded by the geographic environment. But they've turned confrontation with nature into a win-win result and managed to rise above the poverty line.

Xi also highlighted protection of biodiversity on the Qinghai-Tibet Plateau and the ecological environment in the Yellow River basin and Saihanba – the once barren land located in north China's Hebei Province that has turned into one of the world's largest man-made forests – during his visits to Qinghai, Henan, Shandong and Hebei provinces and Tibet Autonomous Region.

Amid an increasingly complex and grave external environment, the president urged to deepen supply-side structural reform, build a new development paradigm and advance high-quality development on many occasions.

When inspecting a machinery manufacturing company and a food-processing zone in Liuzhou, Guangxi Zhuang Autonomous Region, in February, Xi said high-quality development is the top priority in promoting the country's primary and tertiary industries.

He called for the promotion of high-end, intelligent and green transformation of traditional industries, the optimization and upgrading of entire industrial chains, and cultivation of emerging industries.

Additionally, during his visits to Qinghai and Shaanxi provinces, Xi highlighted the role of high-quality development in helping people get out of poverty and boosting rural vitalization, as well as promoting ethnic unity.