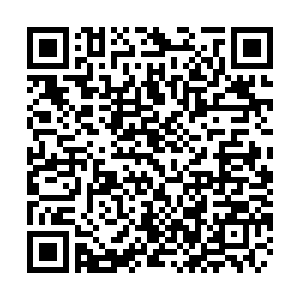 Residents can have coffee, watch exhibitions and learn about the cutting-edge garbage disposal technology at the waste incineration power plant in the Yantian Energy Ecological Park in the city. The refuse disposal plant can handle more than 500 tonnes of household garbage daily and reduce carbon emissions by about 300 tonnes per day. The electricity generated by garbage incineration can sustain 400 households for a month, thus truly turning "waste" into electricity.

Improving the solid waste disposal capacity is particularly important for building a "zero-waste city." The daily output of all kinds of solid waste in Shenzhen could reach 440,000 tonnes. Therefore, efficiently treating solid waste is particularly crucial for the city. Thanks to efforts made over the past few years, Shenzhen has increased the city's harmless solid waste disposal capacity to 65,000 tonnes per day, up by more than 100 percent compared with the years before 2019.
Not only are major cities like Shenzhen working hard to become "zero-waste cities," but small counties, like Guangze County in Nanping City, east China, are also doing the same thing.

"About 30,000 tonnes of chicken waste is produced here every year, which can be used as a raw material to produce organic fertilizer. This raw material is rich in phosphorus and potassium, and it is a relatively rich fertilizer for agricultural and forestry crops," said Wang Ping, director of the engineering division of the plant.

Today, more than 90 percent of the domestic garbage in the county's villages can be effectively treated. The management and operation system for delivery, collection, transportation and disposal of rural domestic waste has also been basically established, with the classified recycling coverage rate reaching 90 percent and recycled domestic garbage for utilization reaching 35 percent.

"In the past two years since the start of the 'zero-waste city' project, the biggest change brought to us is the significant improvement of the surrounding environment, including garbage sorting in our residential areas, restaurants and villages, which has greatly improved the residents' awareness about environmental protection," said Guo Fengyi, a resident.