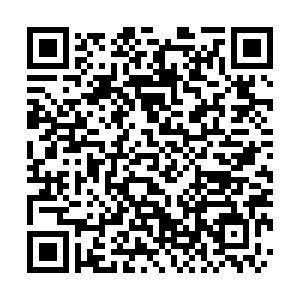 Chinese researchers have demonstrated that algae can survive in a Mars-like environment in four experiments since 2019, raising the hope that the barren planet might be turned into an earth-like green one in the future.

In a seven-hour experiment which took place in September this year, algae were carried by a helium balloon to an altitude of 30,000 meters and survived for four hours in lower than minus 30 degrees Celsius with intense ultraviolet light and oxygen deprivation, according to a report from Changjiang Daily based in Wuhan, central China's Hubei Province.

The research team from the Institute of Hydrobiology of the Chinese Academy of Sciences conducted the four experiments in north China's Inner Mongolia Autonomous Region and northwest China's Xinjiang Uygur Autonomous Region.

The experiments proved that algae are robust. But further experiments are also needed to learn whether the species can grow or even multiply on the surface of Mars, said Wang Gaohong, a researcher at the Institute of Hydrobiology.

Algae have gradually changed and improved the environment of the Earth since the aquatic plants were born at the very beginning. Liu Yongding, director of the Chinese Society of Phycology, believes that algae were crucial for the origin and evolution of species on Earth.

Algae are primary producers of the earth's biosphere, accounting for 30 percent to 40 percent of all life, and playing an important role in maintaining biosphere stability.

The conditions on Mars are very similar to those on early Earth, Liu said. And algae might be useful for human exploration of the red planet.

Xiao Long, a professor with the China University of Geosciences, said it is necessary to test the effects of intense radiation from outer space on algae since the experiments will be crucial for taking algae to Mars.

The amount of carbon dioxide in Mars' atmosphere is several times that of Earth, said Xiao. Algae consume carbon dioxide and produce oxygen that makes life possible for other species.