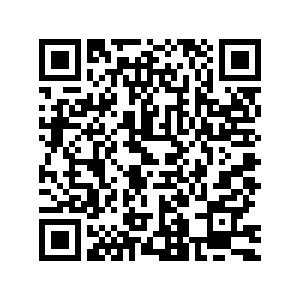 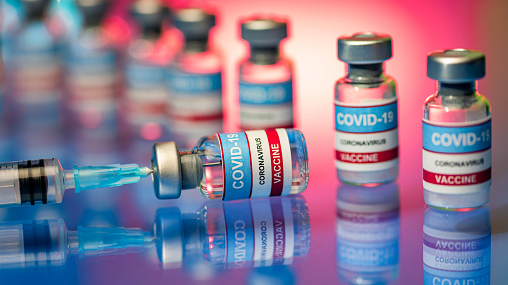 Editor's note: Safura Abdool Karim, a public health lawyer at the University of KwaZulu-Natal, is a member of the Africa CDC's African Vaccine Delivery Alliance and Partnership for African Vaccine Manufacturing. The article reflects the author's opinions and not necessarily the views of CGTN.

The reaction by governments in the Global North to the discovery of the Omicron variant of COVID-19 in South Africa has provided further proof – as if any more were needed – of the deeply inequitable response to the coronavirus pandemic. The backlash against African countries was swift and severe, as if barring travelers from the region could somehow keep the rest of the world safe.

It hasn't, and closing borders won't work when the next frightening variant emerges. Global injustice, it turns out, is very bad for public health.

Although more than half the world's population has now been vaccinated against COVID-19, only 8 percent of people living in lower-income countries have received a vaccine dose, compared to 48 percent in lower-middle-income countries and much higher rates in high-income countries. As of November, the United States had administered more than twice as many doses than had been given in all of Africa.

Given these numbers, it is no surprise that variants of concern continue to emerge and spread rapidly in countries with low vaccination rates. And the disparity is not an accident. It is a direct result of nationalist policies and vaccine hoarding by wealthy countries.

Even before vaccines became available, many experts, including Director-General of the World Health Organization Tedros Adhanom Ghebreyesus, warned about the consequences of vaccine nationalism. Despite this, wealthy countries have monopolized vaccine supplies, in some instances purchasing enough doses to inoculate their populations nine times over.

This summer, it seemed like the tide was turning. In June, members of the G7 pledged to donate their excess doses to low- and lower-middle-income countries either directly or through mechanisms like the COVID-19 Vaccine Global Access (COVAX) facility. As more and more people in wealthy countries were vaccinated, there was some hope that vaccine nationalism and hoarding might end and that doses might finally make their way to countries desperately in need of them.

But in the past few months it has become clear that vaccine nationalism hasn't ended. Instead, it has mutated.

Wealthy countries like the U.S. began pushing to administer additional doses of some vaccines even before there was evidence to support the use of booster shots. In fact, shortly before the WHO called for a moratorium on boosters until vaccines had reached those who need them most, the U.S. signed a deal to purchase 200 million doses of the Pfizer-BioNTech vaccine for use as boosters. At the time, the use of third shots as boosters was not even approved by the U.S. Food and Drug Administration. 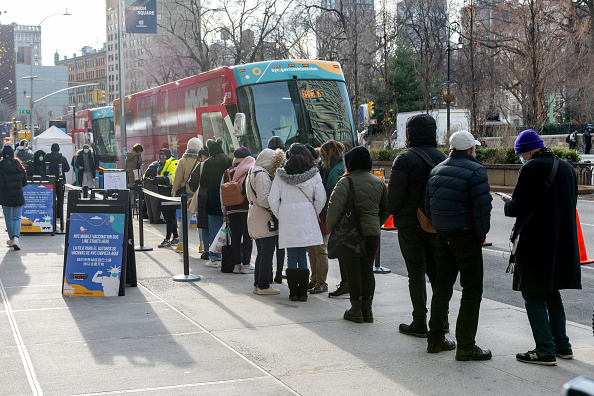 People wait in lines that wrap around the block for COVID-19 vaccination and booster shots from a mobile vaccination bus near Union Square in New York City, U.S., December 23, 2021. /Getty

People wait in lines that wrap around the block for COVID-19 vaccination and booster shots from a mobile vaccination bus near Union Square in New York City, U.S., December 23, 2021. /Getty

But booster shots in developed countries are not the only reason low- and middle-income countries lack doses. Canada, Spain, and Germany, among others, pledged months ago to donate millions of COVID-19 vaccines directly to low- and middle-income countries as well as to COVAX. Yet recent figures show that many governments have failed to deliver on these commitments. For example, the United Kingdom pledged to donate over 70 million doses, but has delivered less than 7 percent of this commitment.

Pharmaceutical companies and wealthy governments have been quick to blame low vaccine uptake in poor countries on vaccine hesitancy and underdeveloped health-care delivery systems. In a COVID-19 media briefing hosted by the International Federation of Pharmaceutical Manufacturers and Associations, Pfizer CEO Albert Bourla said that the level of vaccine hesitancy in Sub-Saharan Africa is "way, way higher than the percentage of hesitancy in Europe or in the U.S. or Japan." This is despite evidence that vaccine hesitancy is lower in Africa than in many wealthy countries.

Bourla's effort to deflect blame for low vaccine coverage was an attempt to justify Pfizer's profiteering. From the outset, the company has prioritized profitable deals with wealthy countries over sharing its vaccine technology with African producers.

AstraZeneca, one of the few pharmaceutical companies that made arrangements for equitable access to its vaccine through a licensing arrangement with the Serum Institute of India, recently announced that it would begin increasing the price of doses with the goal of making a profit. This decision reflects the worryingly misguided perception that the COVID-19 pandemic is over.

Wealthy countries also have been promoting a narrative that African governments lack the infrastructure and capacity to administer the doses that they have secured. But this criticism ignores the conditions under which doses have arrived. Donations often have shown up without advance notice, many close to expiration. With no information about the type, quantity and condition of the arriving vaccines, health officials are unable to make preparations to deliver them in time. It is worth noting that, despite these challenges, African countries have been able to administer 62 percent of the doses they have received.

This scapegoating obscures the reality that low vaccine uptake in Africa is a direct result of wealthy countries' vaccine hoarding and nationalist policies. And efforts to rectify this inequity have been blocked by the same governments that have an excess of vaccines. For example, a waiver of intellectual property rights for COVID-19 vaccines is a crucial mechanism to increase their availability. But while South Africa and India applied for the waiver from the World Trade Organization more than a year ago, the application has been blocked repeatedly by countries like France, Germany, Spain and Canada.

It is clear that disparities in vaccine access are not an accident of fate, but a result of concerted efforts by wealthy countries to keep vaccine supplies within their own borders and by pharmaceutical companies to increase their profits. It is time for rich-country governments and the pharmaceutical companies whose interests they serve to share vaccine doses equitably. Until everyone has access to a COVID-19 vaccine, no one is safe.