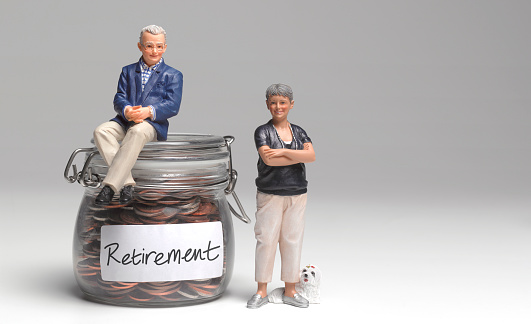 Editor's note: Elsa Fornero is a former Italian minister of labor, social policies and gender equality, honorary fellow at Collegio Carlo Alberto in Turin and scientific coordinator at the Center for Research on Pensions and Welfare Policies. The article reflects the author's views and not necessarily those of CGTN.

Pension reform is a thankless but necessary task. Pensions are a difficult and emotional subject that affects every citizen, and changing how they are calculated or when workers can retire involves negotiating a complex web of rules, habits, and entitlements that neat academic models do not capture.

In countries with national pension systems, the main pillar is typically written into law and managed by the state. Other sources of retirement income come from occupational pension funds and individual investments, which are dependent on the market but subject to regulatory bodies, such as the European Insurance and Occupational Pensions Authority.

Even though the state does not provide all pension income, governments have good reasons to be involved in reform efforts. After all, more than efficiency is at stake in the provision of pensions, and the insurance market's ability to protect people in old age is limited. Moreover, relying on the market to provide senior citizens support risks causing an increase in poverty.

Twentieth-century social protection programs were created with these considerations in mind. Despite profound demographic and economic changes, they are no less relevant today.

The government pension pillar typically is financed on a pay-as-you-go (PAYG) basis that depends on an intergenerational contract. The working population pays social security contributions via payroll taxes to the government pension agency, which pays this money more or less immediately in the form of annuities to the retired population.

Funding pension programs through private entities has sometimes been touted as a better option than the public PAYG system. This approach assumes that the interest rate will be higher than the rate of economic growth, so pension income – for the same volume of contributions – will be higher. But in countries in Latin America and Eastern Europe where this kind of radical reform has been introduced, it has not been a success. In some cases, a painful policy reversal has been necessary.

Today, a mixed system that combines both public and private options has become more common. But even in a mixed system, reforms are required to make sure that pensions are both sustainable and adequate. And careful oversight is necessary as well, to reduce or eliminate possible distortions in the system. These include implicit taxation on work performed after the minimum requirements for retirement have been met, and the possibility that wealthier workers will benefit more than poorer ones, owing to weak correlation between contributions and pensions in defined-benefit formulas. 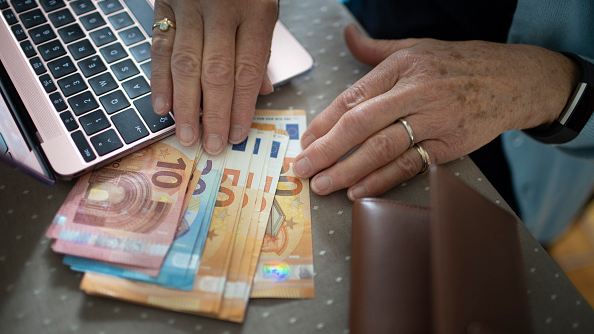 Cash next to a laptop and the hands of an elderly woman in Radevormwald, Germany, May 12, 2020. /Getty

Cash next to a laptop and the hands of an elderly woman in Radevormwald, Germany, May 12, 2020. /Getty

The main challenge confronting PAYG systems is the need to adapt to major structural demographic and economic shifts. As populations age, fertility rates decrease, and migration flows stall, the intergenerational contract that forms the foundation of PAYG systems becomes difficult to maintain.

In the past 25 years, pension reform in Europe has focused on changes that increase the effective retirement age, equalize rules for retirement between men and women, and strengthen the correlation between individuals' contributions and benefits. Adopting some type of defined-contribution formula makes it possible to tailor pensions to individual workers' contributions without having to capitalize in financial markets. In this type of program, a worker's initial benefit at retirement and its subsequent indexation are determined by applying to the accumulated notional capital an actuarial factor that considers expected longevity.

In a good reform, the pension system cannot be separated from the labor market and the economy. Dynamic and inclusive labor markets that make it easier for workers to find a job and for employers to hire are the best prerequisite for adequate pension systems. Long-term employment-enhancing policies such as apprenticeships and lifelong learning must be given higher priority and more resources.

Reforms must also ensure that public pensions promote social solidarity, so that those who are disadvantaged in the labor market do not struggle in retirement. Solidarity can take the form of tax-financed notional contributions directed to workers in hazardous jobs, those who are unemployed, or workers who provide long-term care to relatives.

But pension reforms are never merely a technical issue amenable to technocratic solutions. Because they affect wealth, expectations, and life plans, reforms are political. They must be approved by government institutions and backed by the public. Without popular support, any reform runs the risk of being either formally reversed or practically bypassed.

To increase the likelihood that a reform will succeed, workers must have an understanding of their pension wealth. They must be aware of their investment opportunities and retirement options in order to make sensible choices and avoid disappointment, such as a shortfall in pension benefits.

Workers also need to comprehend the basic rationale for the pension reform. Governments must explain how it will reduce generational imbalances, strengthen the pension program's financial sustainability, and limit distortions and privileges. In order for workers to understand this reasoning, they must have some level of financial literacy. Unfortunately, surveys have shown both gaps in knowledge about pensions and widespread financial illiteracy.

Preparing for retirement is a lifelong endeavor, and financial education is a fundamental part of it. Governments must do more to ensure that workers have what they need to make the best decisions about their retirement.