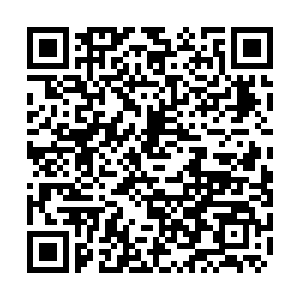 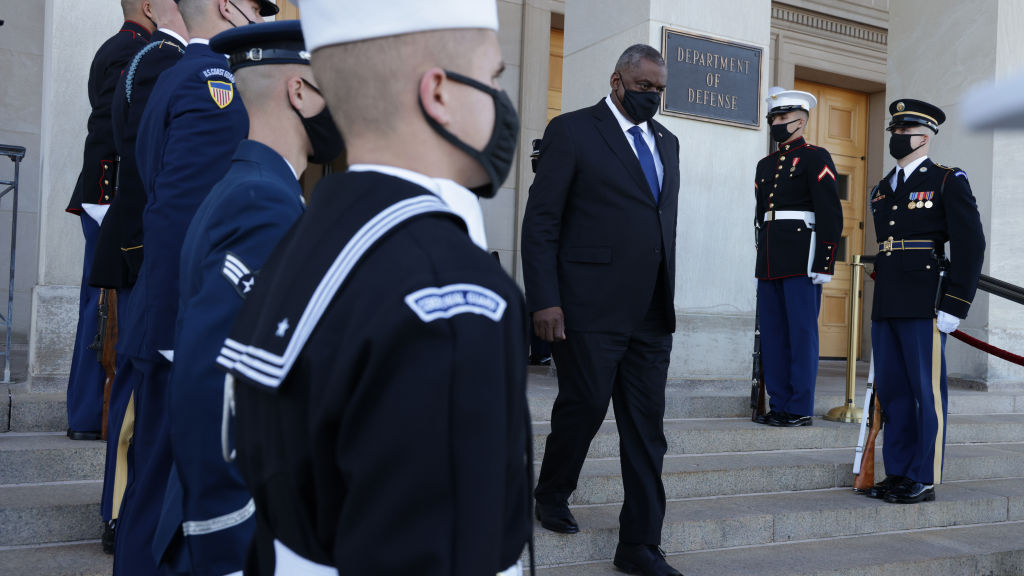 U.S. Secretary of Defense Lloyd Austin walks down the steps during an enhanced honor cordon at the Pentagon in Arlington, Virginia, U.S., December 13, 2021. /Getty

U.S. Secretary of Defense Lloyd Austin walks down the steps during an enhanced honor cordon at the Pentagon in Arlington, Virginia, U.S., December 13, 2021. /Getty

U.S. President Joe Biden just recently signed into law the annual National Defense Authorization Act (NDAA), approving a massive military budget to the tune of about $770 billion, among a handful of other important foreign policy shifts.

What's notable about this NDAA is that this record military budget – far surpassing other comparable countries – comes at a time when the U.S. just ended its longest war in history and when its people are in desperate need of assistance. It's even larger than the initial budget requested by the Biden administration.

How is it possible that a country withdraws from a war it was involved in for about 20 years and still increases its military budget? Also, how can that country put such huge resources into its military while its people are dying by the thousands every day?

Simple: U.S. politicians are more concerned with preparing for a potential war with China and enriching the military-industrial complex than helping their constituents.

Some provisions of this law make the possibility of a war with China even more likely. For example, the document has a request to "continue to support the development of capable, ready and modern defense forces necessary for Taiwan authorities to maintain a sufficient self-defense capability" and suggests inviting Taiwan to participate in next year's "Rim of the Pacific Exercise" (RIMPAC), one of the world's largest military drills.

This is a step away from the U.S.' "strategic ambiguity" vis-à-vis the Taiwan question and amounts to outright support for Taiwan separatism and the further militarization of the Asia-Pacific region.

The law also prohibits the Department of Defense from buying products made in so-called "forced labor camps" in China's Xinjiang Uygur Autonomous Region. It goes hand-in-hand with another recently signed law, the "Uygur Forced Labor Prevention Act," which would essentially ban imports from Xinjiang on the assumption that they are all made from "forced labor." The National Defense Authorization Act (NDAA) that was signed into law. /Screenshot via Senate.gov

The National Defense Authorization Act (NDAA) that was signed into law. /Screenshot via Senate.gov

While provisions of the latter law will almost certainly be struck down in court on the basis that enforcement is too cumbersome for importers, or the fact that it is a clear violation of the "due process" clause of the Fifth Amendment to the U.S. Constitution, the related provision of the NDAA will allow the U.S. to feign outrage over these easily debunkable "atrocities" and also try to destabilize China by hurting the local economy in Xinjiang.

Finally, the law also includes $7.1 billion for a so-called "Pacific Deterrence Initiative" (PDI) that is yet to be described in full detail but is essentially the launching point for a greater anti-Chinese project in the "Indo-Pacific."

How do Americans feel about this spending? One poll from the Eurasia Group Foundation in September found that "twice as many Americans want to decrease the defense budget as increase it," mainly so this money can be put toward domestic programs.

Another poll by Data for Progress from last year showed that 57 percent of voters supported cutting defense by 10 percent if that money went toward pressing domestic needs, such as funding the Centers for Disease Control and Prevention (CDC). Those who wanted to make cuts also doubled those that were opposed.

As the backdrop to this immense military spending bill that passed with flying through an otherwise gridlocked Washington, nothing else can get done. For example, Joe Biden's most ambitious domestic spending legislation, the so-called Build Back Better program, was all but killed in Congress after a key vote in the Senate, West Virginia Senator Joe Manchin pulled his support just weeks ago.

The effects of this will be profound. It will immediately result in childhood poverty almost doubling, since monthly payments through the child tax credit, set to expire in mid-January, had cut this troubling figure by about 40 percent, according to the Center on Budget and Policy Priorities. Likewise, it means that prescription drug prices will stay unaffordable and there will be no subsidies for child care or health care, both of which are outrageously expensive in the United States.

How about the pandemic that is killing nearly 1,500 Americans per day right now? Well, on the same day that Biden signed the NDAA into law, he told state governors in a meeting regarding COVID-19, "There is no federal solution. This gets solved at the state level." Translation: The federal government has given up on controlling the disease's spread.

The Centers for Disease Control and Prevention (CDC) even cut quarantine requirements for those that test positive to just five days, without the need for a negative test, thanks to recommendations from airline CEOs.

When it comes to feeding children, providing access to health care or even basic governance during a generational public health crisis, there's apparently no money. But when it comes to endless war and potentially edging the world to the brink of annihilation, this is what we call a "must-pass" in Washington.