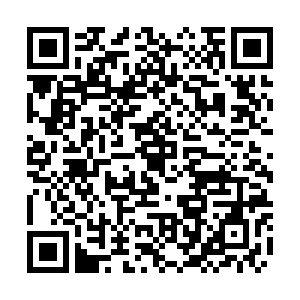 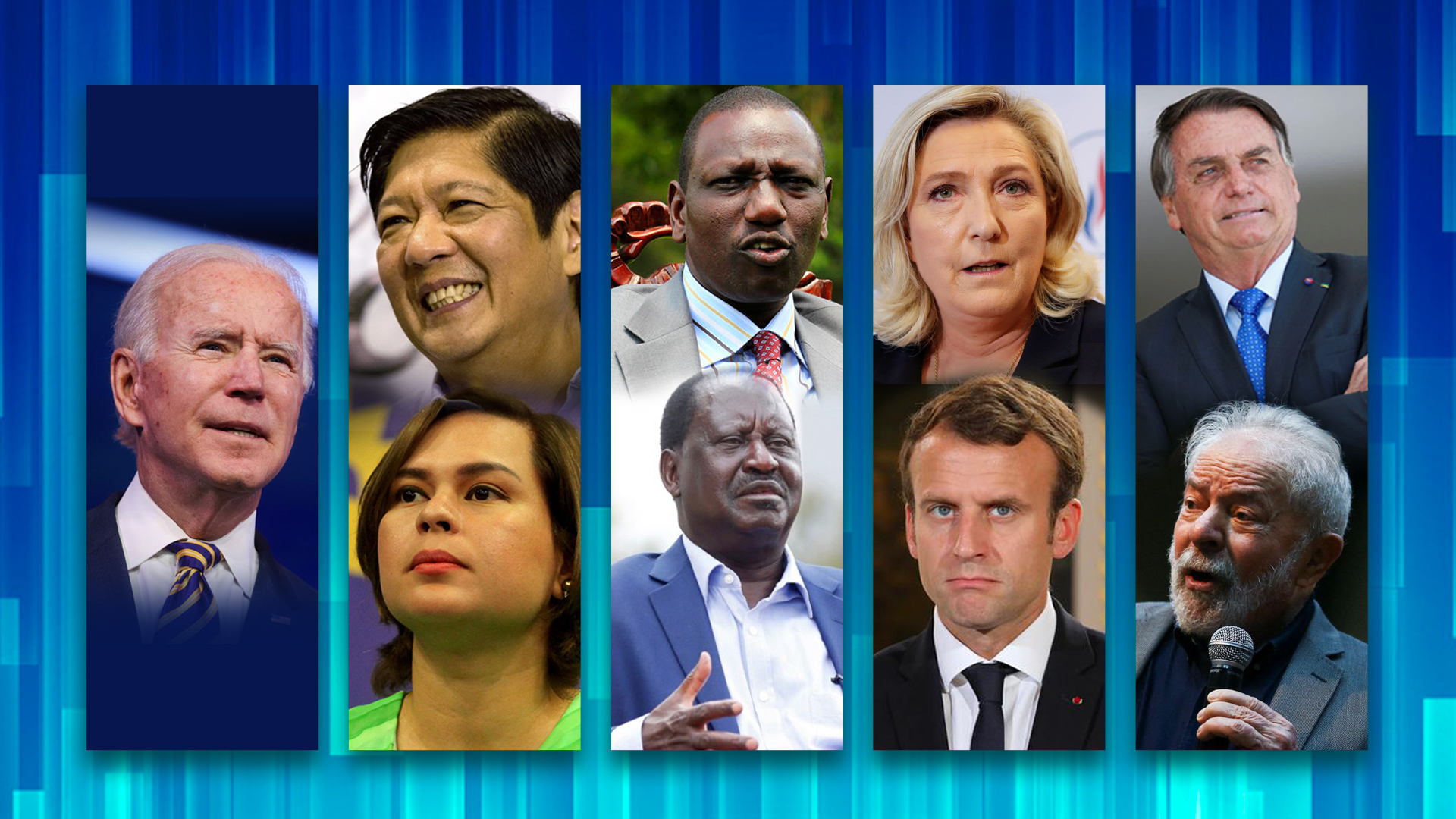 The global tide of populist politics and anti-establishment campaigns has dramatically shifted the international landscape in recent years. Some countries have held their ground; others have seen their norms broken and replaced with fresh ones. Amid challenges posed by COVID-19 that have disrupted ambitious policies and exposed the weight of leadership, elections in 2022 will serve as a probe into whether populism sticks or whether conventional ideology still prevails.

Here are five elections to watch in 2022.

France: A sure win for the new establishment?

The 2022 presidential election in France is the lens through which the country's current leader, Emmanuel Macron, has been viewed for most of 2021. On relations with the UK, power moves within the EU, a domestic agenda that has tacked to the right – positioning for a tough reelection campaign is how the president's decisions have been interpreted.

The man who started his own party and triumphed over the establishment in 2017 now is the establishment, and has a record as president which hasn't always lived up to the dreams of his once exuberant supporters. Nevertheless, going into the two-round presidential contest Macron appears to be in a relatively strong position.

Omicron has sent COVID-19 cases rocketing to record levels, but the pandemic had previously been managed reasonably effectively in France compared to some European neighbors. Macron has followed through on his promise to make the country more competitive and open to business, against some stern opposition, and employment is expected to rise as the economy rebounds.

And, two months' out, the stage is set for a second-round rematch with the National Rally's Marine Le Pen which Macron would be a big favorite to win. But nothing is guaranteed, perhaps other than a divisive election campaign during a period in which Macron will hope to use the presidency of the European Council to position himself as the de facto leader of the EU, following the departure of Angela Merkel. 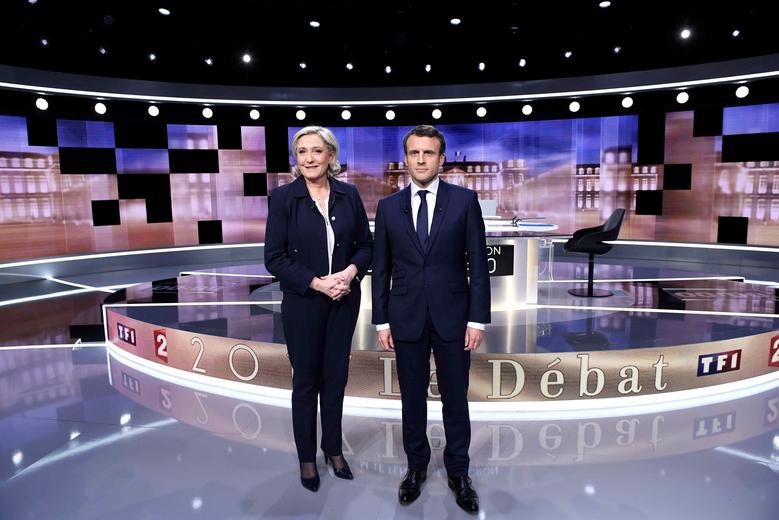 The established parties which Macron shocked in 2017 have regrouped, particularly on the right, a far-right wildcard in Eric Zemmour may yet shake up the race, and Le Pen remains a potent force – the president is the favorite to win over two rounds in March and April, but with a mixed record to run on and a stronger field of opponents, he's in for a fight.

The Philippines: The formidable 'marriage'

Ferdinand Marcos Jr, the candidate most likely to win the Philippine presidential election in 2022, bears the name of a former strongman president and wields vast political fortune derived from his powerful family; as does his running mate Sara Zimmerman Duterte-Carpio, daughter of incumbent Rodrigo Duterte. 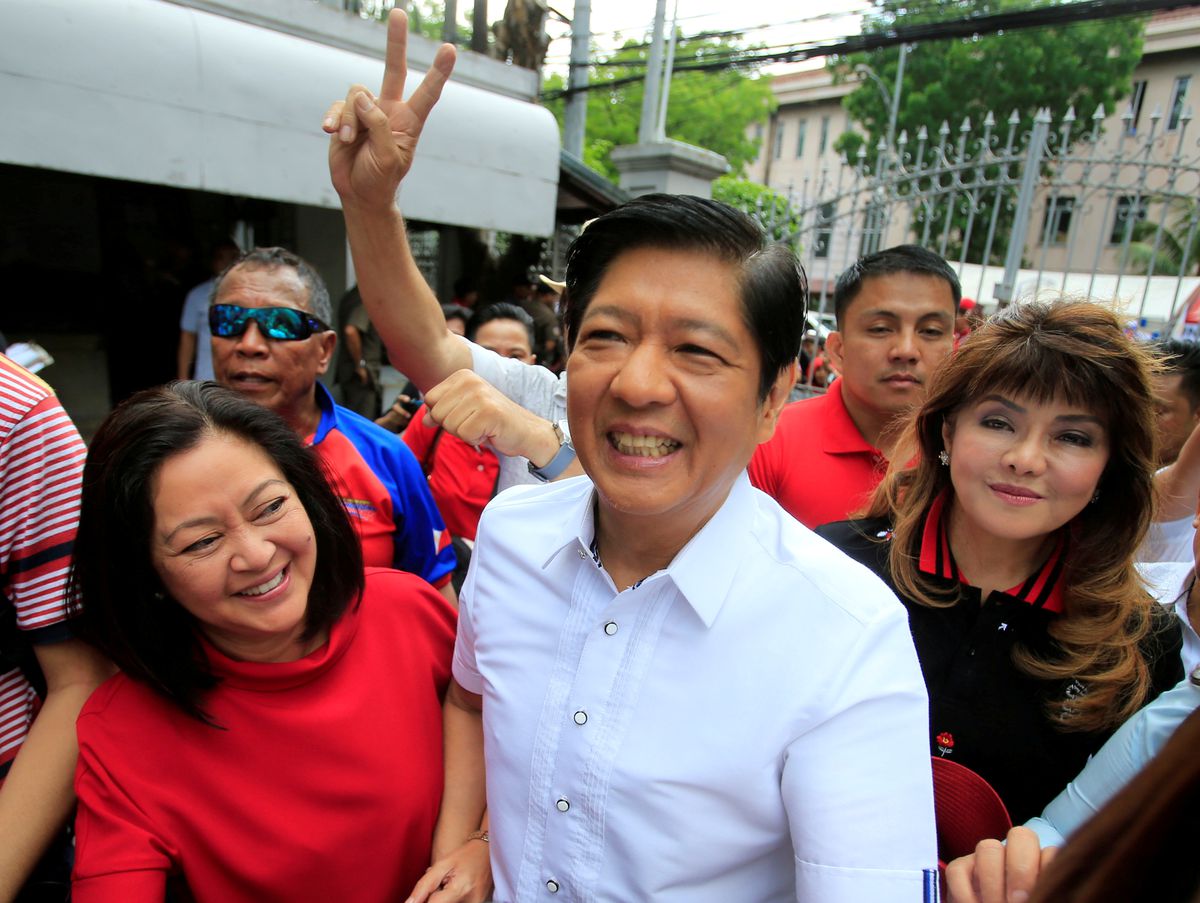 The extraordinary political marriage between the Marcoses and the Dutertes speaks much about a major theme of Philippine politics – the significance of political families – and is expected to bring tremendous favor to the tandem ticket. Duterte-Carpio had led the opinion polls as a presidential candidate before she surprisingly decided to run for vice president instead and let Marcos take over. 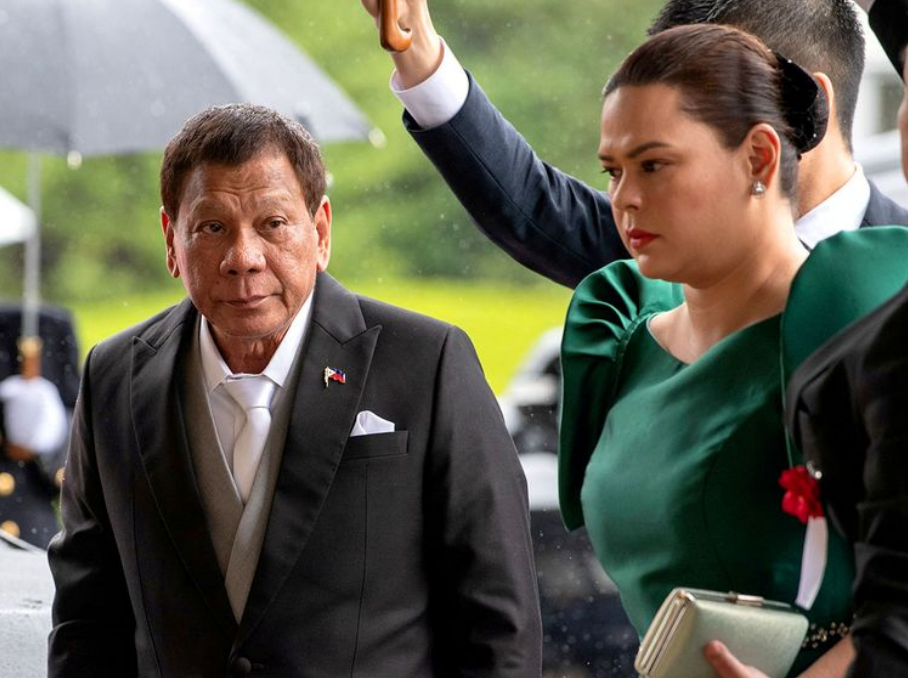 With a strong social media presence that appeals to the Philippine youth, Marcos, if elected, is expected to continue the current administration's economic policy and pursue better relations with the U.S.

The formidable candidate will be challenged by dozens of contenders including a retired boxing legend and Manila's mayor, both seen by political observers as realistic contenders.

Described by some as a turning point in Philippine politics, the presidential race will determine whether the drug war continues and could be important for the Dutertes' future.

Duterte, who enjoys immense popularity but is constitutionally barred from running for another term, will play a big role in deciding who succeeds him. The eccentric president has flirted with both running for other public offices and retiring from politics. Which presidential candidate he will support remains unclear.

Kenya: Who's the anti-establishment?

Kenyan voters will head to polls in August 2022 to choose the heir to two-term President Uhuru Kenyatta, who is constitutionally prohibited from running a third time. The race is likely to shape up as an indication as to whether the influence Kenyatta has amassed during his undulating tenure endures.

Poll-leading Deputy President William Ruto has to navigate adversity for the election after falling out with his boss over an anti-corruption campaign, while seasoned opposition leader Raila Odinga, previously a longtime foe of Kenyatta, is expected to bask in a recently formed alliance with the incumbent for a fifth presidential bid. 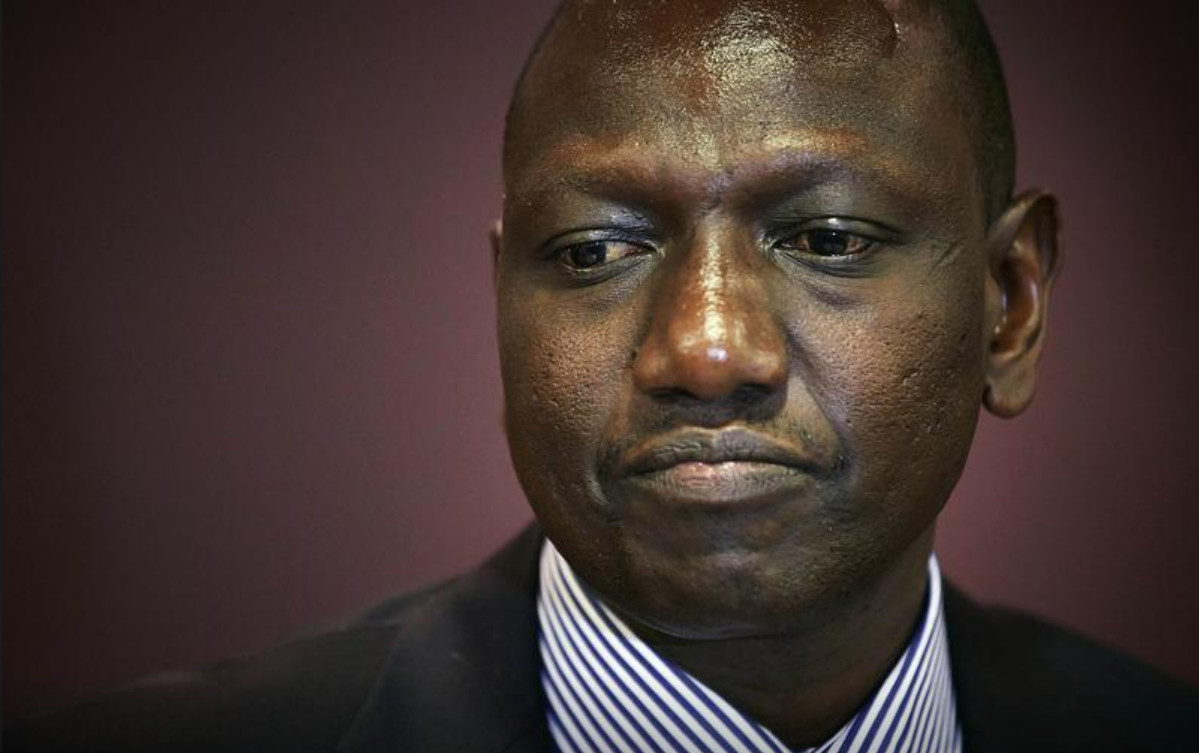 This is a reverse of the previous version where Ruto was backed by the president while Odinga challenged them both. What drove this shift was a historic moment featuring the "Great Handshake" between Odinga and Kenyatta in March 2018, which has major implications for next year's election. 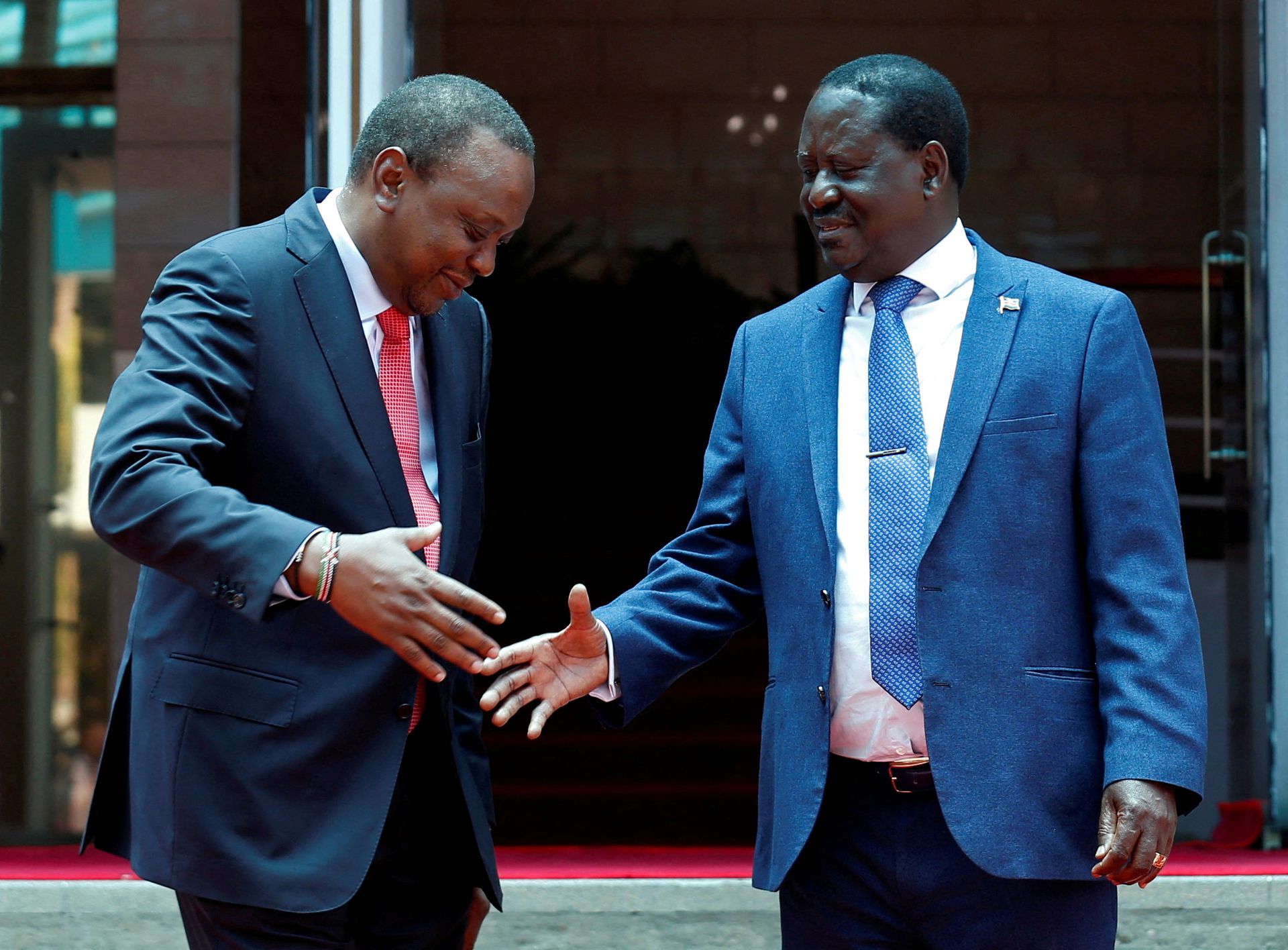 Without Kenyatta's backing, the much younger deputy president faces opposition from ruling right-wing Jubilee Party, with which he forged a marriage of convenience in earlier years. Odinga, who has lost support after tainting his anti-establishment image, will have to convince his allies he did not turn on them.

Aside from a test of Kenyatta's influence, the election will also see whether the country favors a break from the status quo in which politics is dominated by the Kenyatta and the Odinga families, or an opposition stalwart who knows when to reconcile with his rival.

Democrat Joe Biden won't be on the ballot in the 2022 midterms but his presidency will be, and most indicators suggest he's only got a few months left before even deeper gridlock entangles Washington.

The Republicans are looking competitive in the Senate, which was tied after the 2020 election, and strong in the House, which the Democrats won with a slim majority. A separation of powers is the basis of the American system, but in the current environment of extreme partisanship a Democratic White House paired with a Republican Congress is unlikely to achieve much more than two years of bickering heading into the 2024 presidential election season – and there are some critical decisions coming up for the Supreme Court, too. 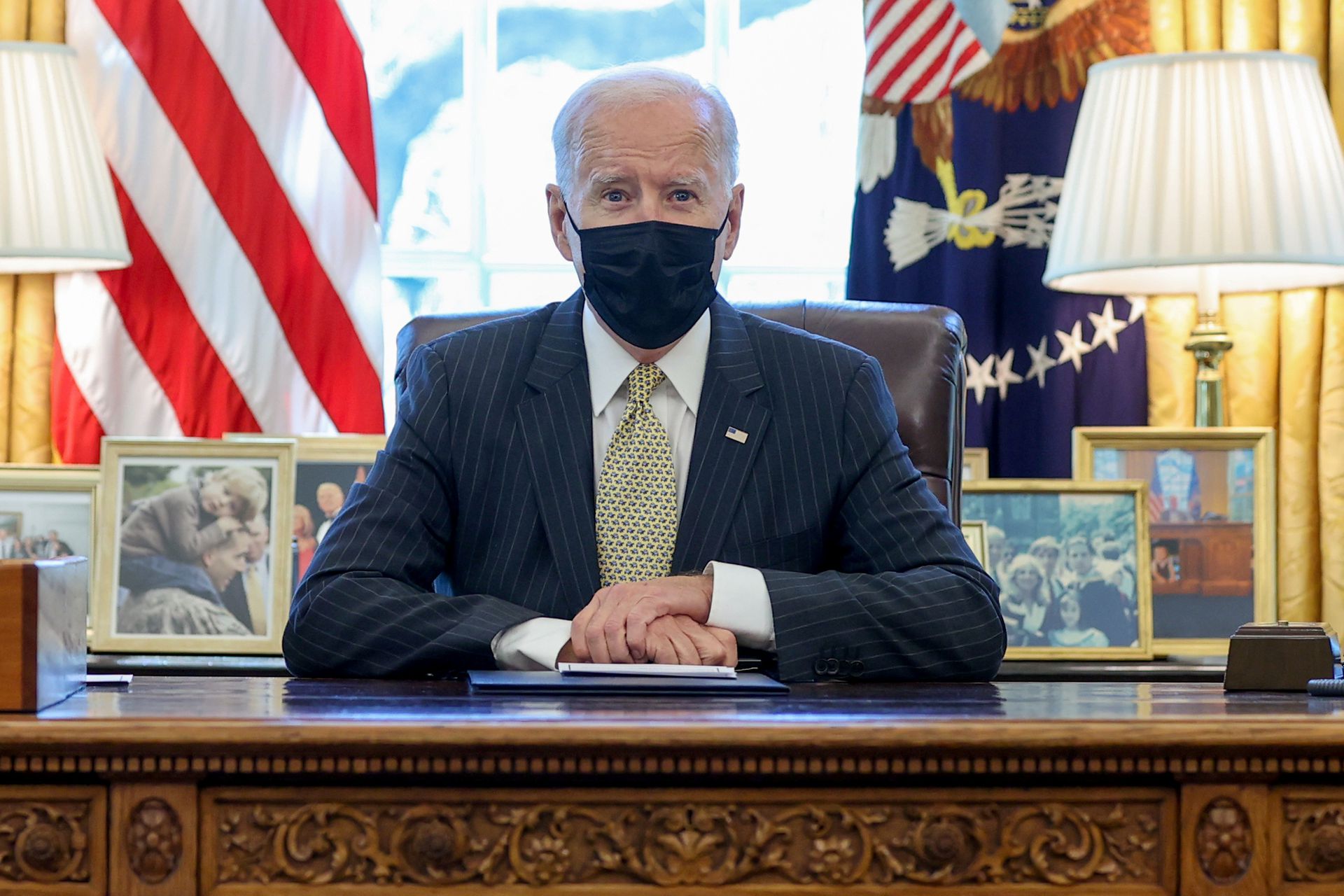 As the midterms approach getting legislation through Congress will be next to impossible, so expect a renewed drive at the start of the year to pass a version of the $1.75 trillion Build Back Better plan – individual items in the bill were broadly more popular with the American public than the bill itself – that appeared to have been torpedoed by centrist Democrat Joe Manchin.

The Democrats are pinning their hopes on a growing economy together with the impact of Biden's flagship policies, but his position as a 'competence' candidate has been hit by the continued spread of COVID-19, a chaotic withdrawal from Afghanistan and the poorly-managed AUKUS deal, which severely undermined the bilateral relationship with France.

Republicans are aiming to take advantage of the public's lukewarm response to Biden, aided by some friendly redistricting, though the party may need to do more to promote candidates who bridge the split between Trump loyalists and establishments figures, as Republican Glenn Youngkin did so successfully in 2021's gubernatorial election in Virginia.

And the specter of Trump will loom in the background, as he endorses candidates, holds rallies and keeps open the possibility of another run for the White House.

Brazil: Bolsonaro or Lula or a new face?

Brazilians go to the polls in October in hundreds of elections, including a two-round presidential contest that will feature a pair of big-name personalities. Current President Jair Bolsonaro is set to be challenged by Luis Inacio Lula da Silva, the leftist former leader.

Right-wing populist Bolsonaro, a former army captain, has certainly had a dramatic couple of years.

Fires and deforestation in the Amazon have increased during the presidency of the self-styled "Trump of the Tropics," and he made global headlines with his dismissal of COVID-19 as a "measly cold" – and then catching it. His country has the second highest official COVID-related death toll in the world behind the United States at over 600,000. 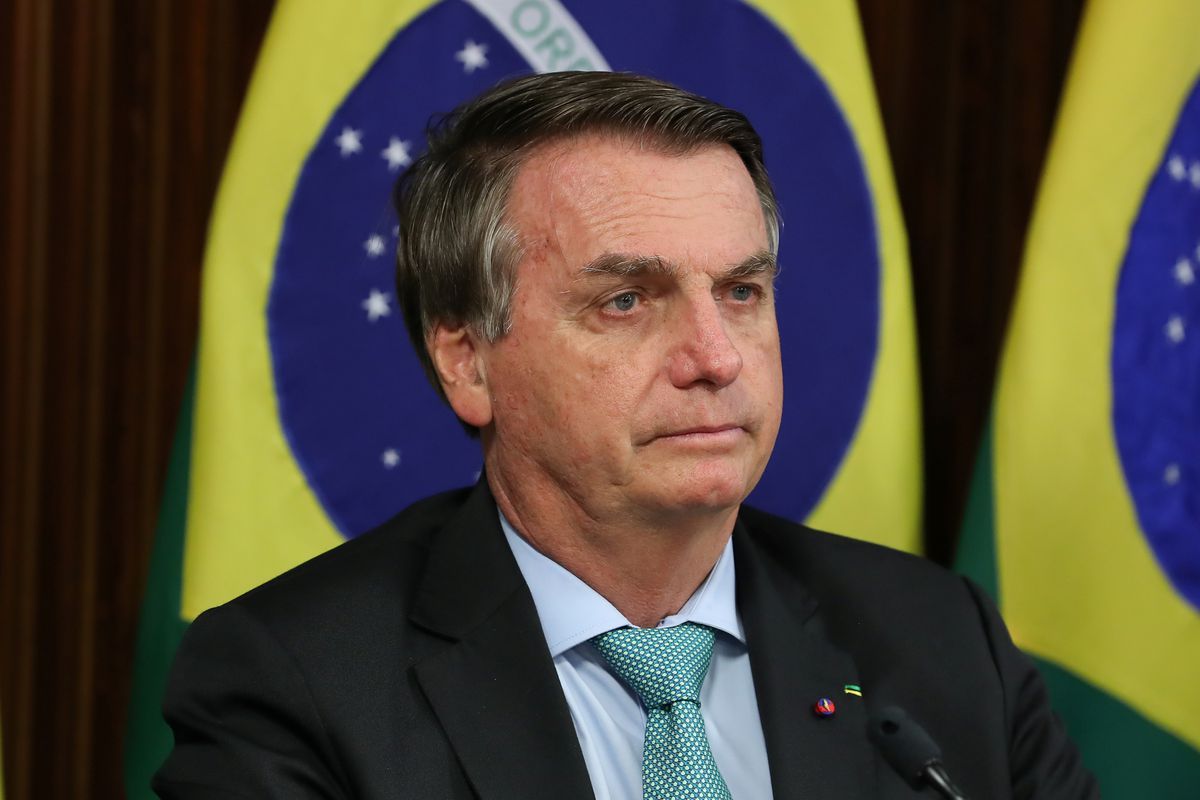 The economy is also struggling to recover from a pandemic-induced slowdown, with inflation and unemployment both stubbornly high. Put together, Bolsonaro's numbers aren't healthy: his approval rating in a December IPEC poll was just 27 percent, and 55 percent of voters said he was doing a bad or terrible job.

But with 10 months to go until polling day, plenty can change. His main challenger, generally known simply as Lula, retains some popularity from his first spell as president, but his Workers' Party candidacy isn't simple after a major corruption scandal. The former president's 2017 conviction for corruption was only overturned in 2021. 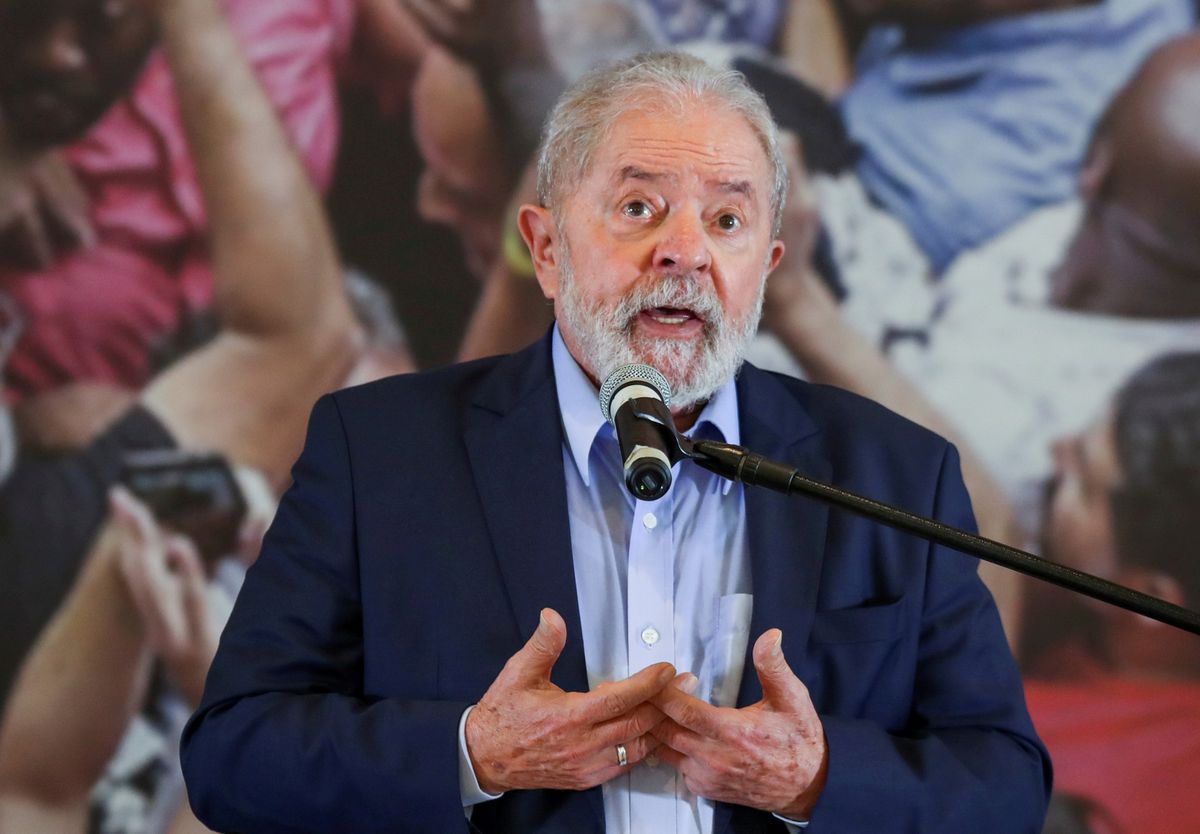 And while breaking through the star power of Bolsonaro and Lula will be tough, there's still time for another contender to launch a competitive bid.