Download
The spotlight: countries enmeshed in hectic politics in 2021
CGTN 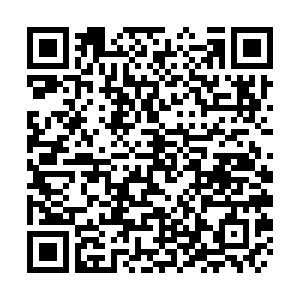 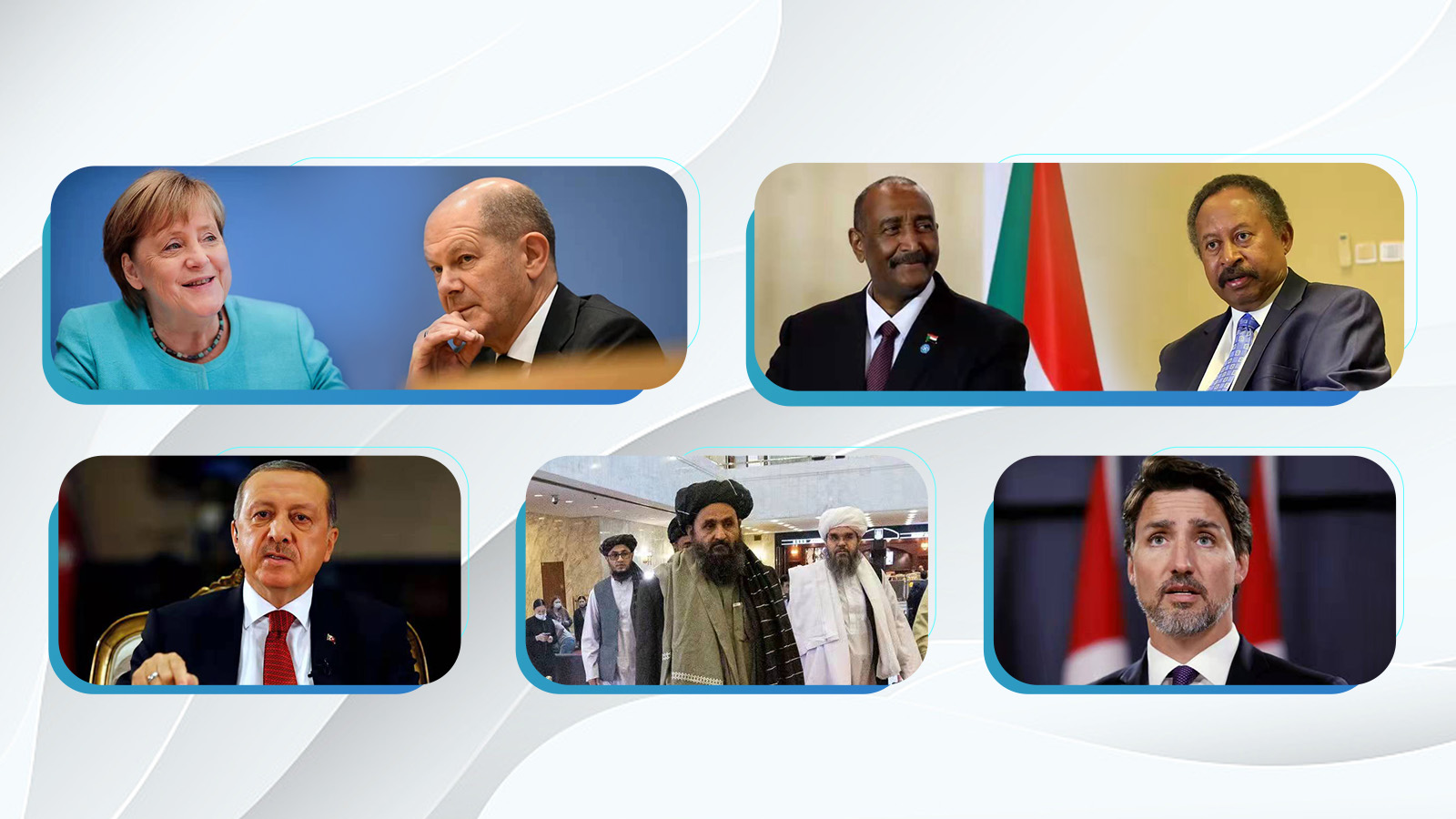 The second pandemic year was accompanied by a raft of crises that ripped through the world, but while COVID-19 still played a large role in fueling such challenges, it fell short of dominating the political discourse as it did the year before. Elections were held, conflicts resumed and even peace was achieved in some parts of the world.

Here are five countries that drew international attention in 2021.

2021 saw the end of one era in Germany and the start of another as voters dispensed with the Christian Democratic Union (CDU) and welcomed in the country's first "traffic light" coalition, led by Social Democrat (SPD) Olaf Scholz and supported by a Green foreign minister in Annalena Baerbock and a Free Democrat (FDP), Christian Lindner, as finance minister. 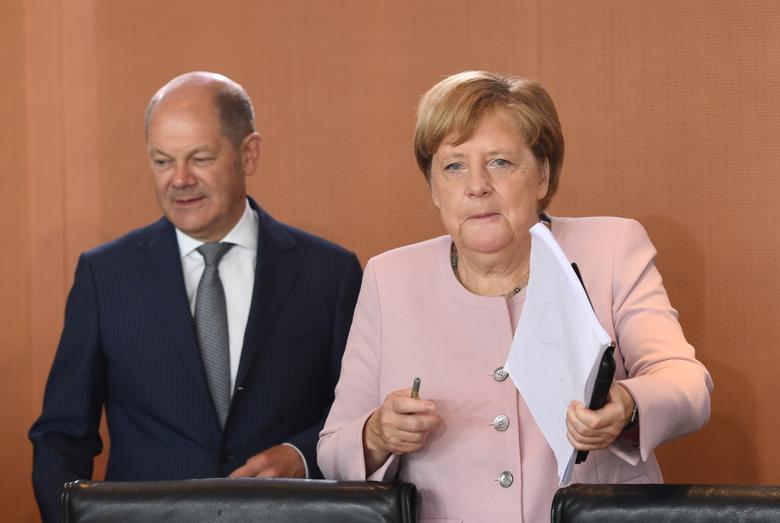 The CDU looked like a spent force without Angela Merkel at the top of the ticket, as the towering figure of German and European politics strode off the stage after 16 years in power. The party is in opposition for the first time since 2005, and its members recently elected multimillionaire and Merkel foe Friedrich Merz to lead them, though that is subject to approval at a party summit in January.

And what to expect of Scholz, Merkel's former finance minister? He will have to balance the aims of his own SPD with those of the free market FDP and the Greens. The coalition agreement was weighty and there are interests that cross over, but coalitions are coalitions and invariably there are fractures and instability at some stage.

One major issue looking ahead is the defense budget, long a source of contention with neighbors, and in danger of further cuts as the country seeks to address a series of challenges without a huge amount of fiscal room for manoeuver. Climate change, digital upgrades and civil liberties legislation look likely to be fruitful areas for the new coalition.

The power dynamics between General Abdel Fattah al-Burhan and Prime Minister Abdalla Hamdok have largely characterized Sudan's tumultuous politics since they agreed in July 2019 to a power-sharing deal aimed at transitioning the country to civilian rule. 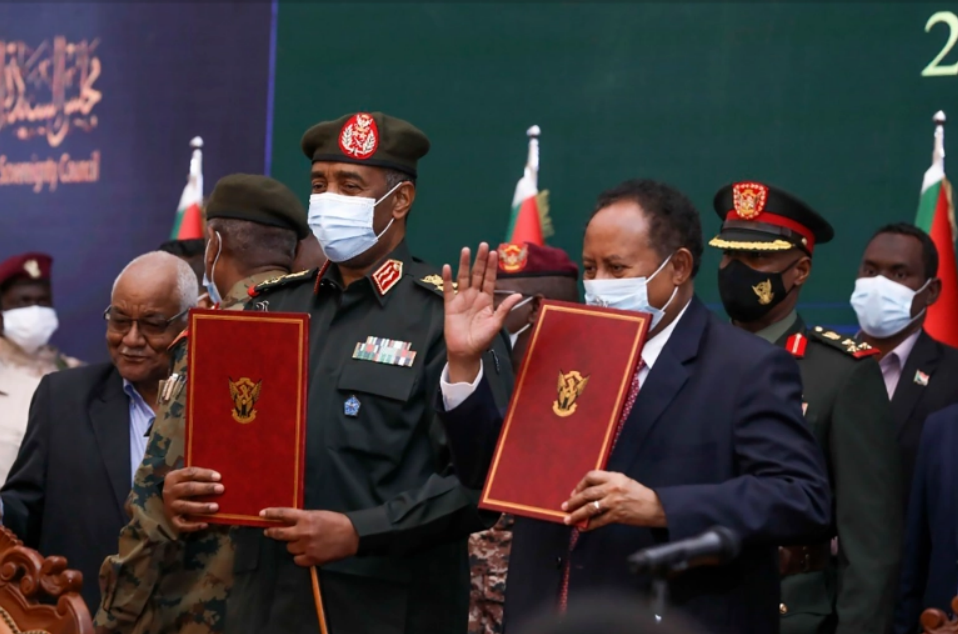 Inextricable tension between the two men, one representing the military leadership and the other the civilian movement that played a major role in overthrowing Sudan's longtime ruler Omar al-Bashir, reached a climax as their respective allies clashed violently after the Burhan-led military took over the country's transitional government in late October.

While a deal that saw the prime minister reinstated was subsequently reached in the face of mass protests across the country, the credibility of Burhan, who has repeatedly said he will have no political role after elections are held in 2023, has been called seriously into question.

Hamdok, on the other hand, appeared weak and docile as he accepted a compromise deal to get himself reinstated, despite rejection by Sudanese protesters who view it as absolution for the military takeover.

This recent episode, seen by many as a worrying sign that could derail Sudan's democratic path, is an important testament to the military's grip on power. In a country with a rich history of military takeovers, whether the status quo can be overturned rests largely on whether Burhan will stay true to his pledges and whether Hamdok can utilize the power of Sudanese protesters that are today still filling the streets.

2021 proved to be most fateful for the Taliban, an intransigent armed movement that had been at war with the world's most powerful country for two decades. From securing the Biden administration's pledge to withdraw from Afghanistan and making momentous military gains to eventually take over Kabul, the pace at which the movement racked up its victories rattled the world – and even surprised the group's leaders. 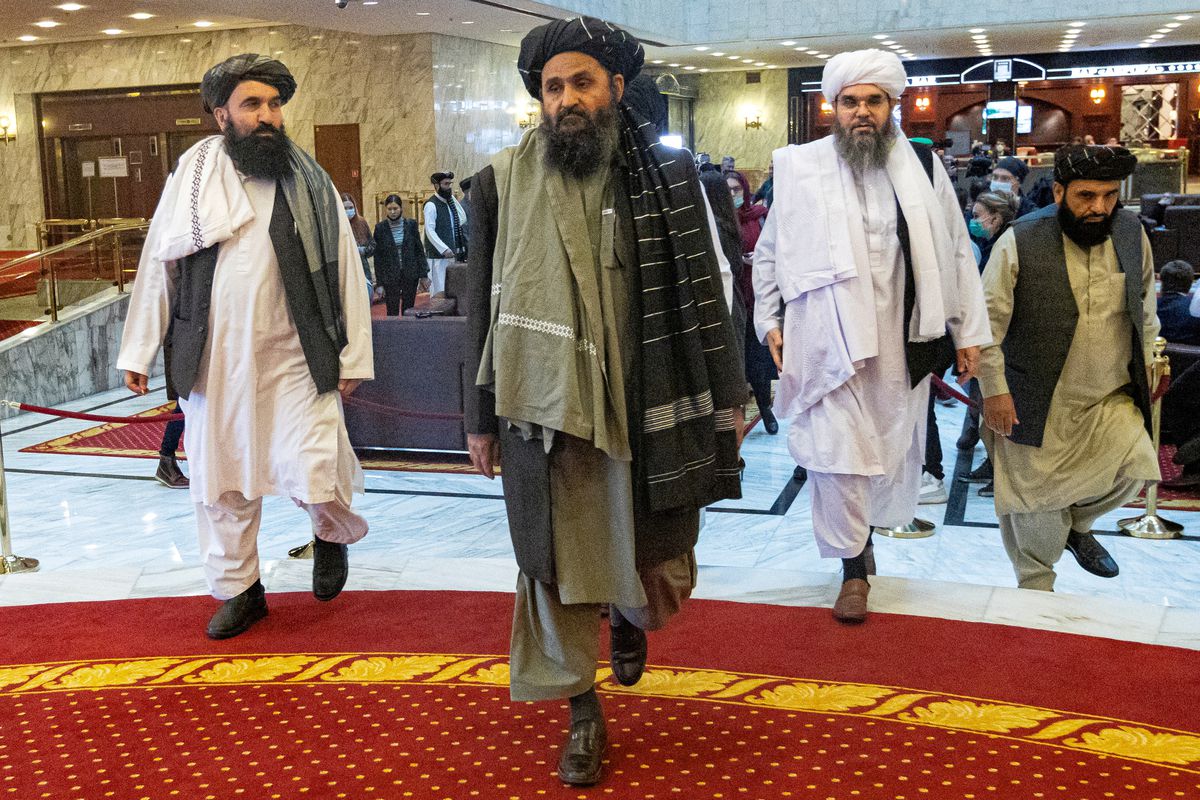 With the global community overwhelmingly concerned they would return to the brutal and repressive rule that had briefly characterized Afghanistan prior to 2003, this time the Taliban entered the capital with a slew of promises to make the country a better place for its people, including giving women more rights and dropping retribution against the Afghans who helped the U.S. military.

Uneasy that they may fail to win international recognition, the Taliban have been careful with how to craft their image. Yet while the group has introduced a swathe of policies to reverse a track record on human rights, many observers still remain skeptical about both the intent and resolve.

As the group is struggling to deal with COVID-19, rising famine and widespread poverty, the immediate goal has been to get the U.S. to release frozen Afghan government assets and secure as much international aid as possible.

In Trudeau we trust? Liberal leader Justin Trudeau held on as Canada's prime minister by a whisker, having called a snap election that cost 600 million Canadian dollars ($470m) and didn't go as planned.

Trudeau hoped to take advantage of an upturn in ratings on the back of his handling of the COVID-19 pandemic, but come election day those numbers had sunk and he ended up in just about the same position as he started: still prime minister, presiding over a minority government, but with his authority dented after what was seen as a pointless election and an ugly campaign. 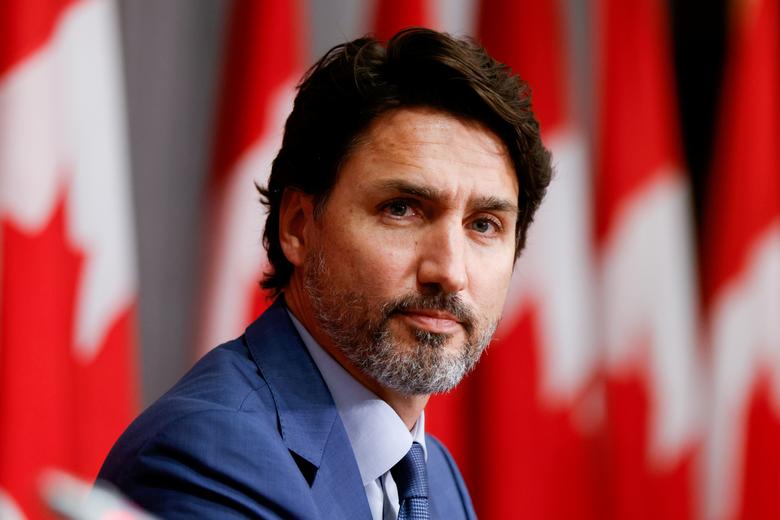 Trudeau's government has managed the pandemic reasonably well, certainly in comparison to its southern neighbor, but the economy remains fragile as Omicron begins to take hold.

The prime minister also contended with the realities of climate change as the country suffered a series of devastating wildfires, and a historical scandal over discrimination of indigenous children in foster care after 1,100 unmarked graves were discovered at former residential schools.

He was also at the center of a geopolitical storm. With Canada having detained Huawei CFO Meng Wanzhou following an extradition request from the U.S. in 2018, a deal was reached in September this year for her and she was released and returned to China, after nearly three years of house arrest.

After a trying 12 months for Trudeau, he has secured four more years in office and has an array of challenges in his inbox, from the fragile economy to how to engage with the United States.

On January 1, 2021, one dollar was equivalent to 7.4 Turkish lire. With one week to go before the end of the year, the rate was 12.06 after reaching record lows above 18 to the dollar earlier in December.

The currency's dramatic loss of value is emblematic of what has been a tough year for the economy of Turkey, where President Recep Tayyip Erdogan has confounded conventional wisdom in his attempts to turn things around. 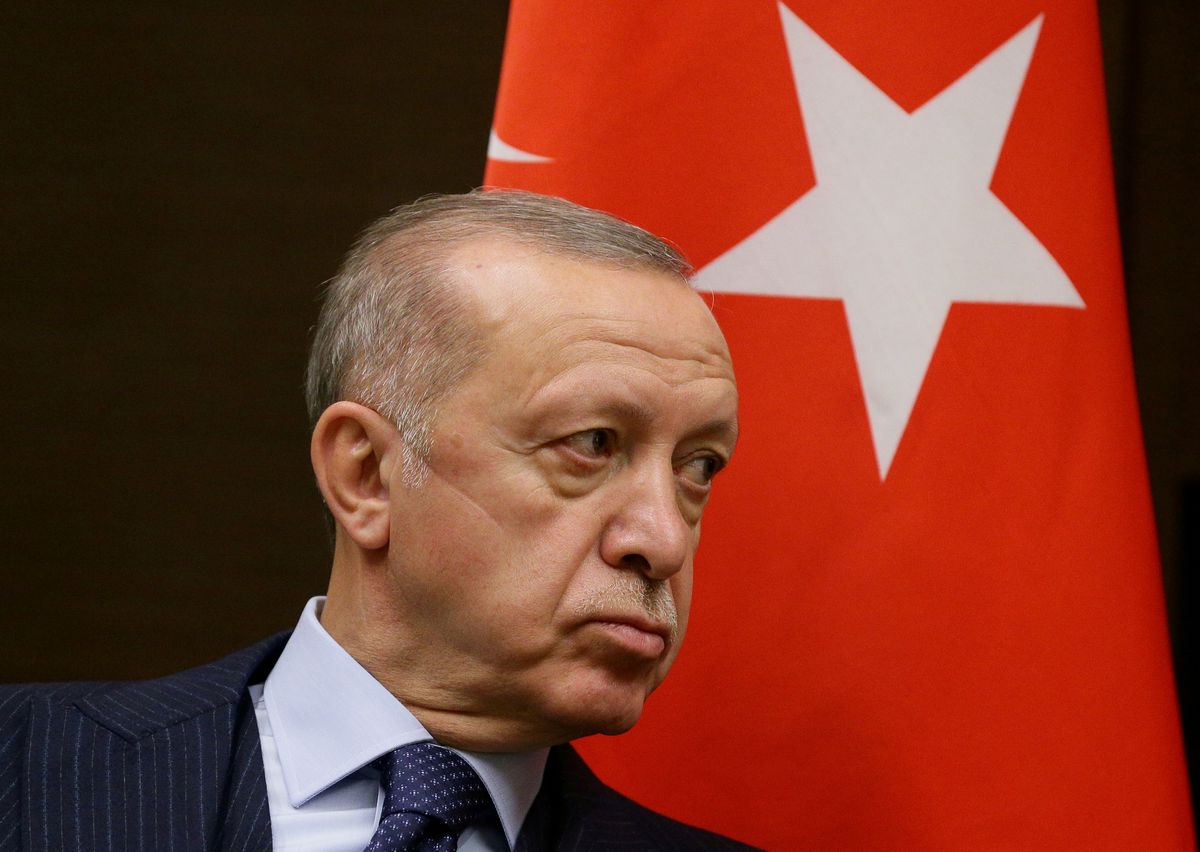 Critics have assailed Erdogan for reducing rather than raising interest rates in the face of high inflation.

Even as he battles an economic crisis at home, Erdogan has not lost sight of what many see as his global ambitions.

In December, he hosted African leaders at a two-day summit in Istanbul in an eye-catching move to win friends and influence people and the nation's armed drone sales continued to make waves in areas of conflict like Ethiopia.

All this follows 2020, which one analyst called a "watershed year for Turkish power projection" and saw the NATO member's involvement in Nagorno-Karabakh to add to Syria and Libya. Another said the strategies Turkey has employed in Syria have boosted its image and international role.

At the same time, Erdogan continues a delicate balancing act in Turkey's relations with the United States and Russia.

In the short term, however, the president needs the country to return to economic health in 2022 ahead of elections in 2023.