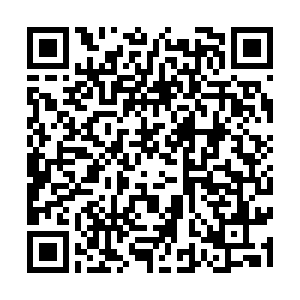 The Hong Kong Police Force (HKPF) on December 29 arrested seven people, including singer Denise Ho, on suspicion of sedition and searched the offices of Stand News in Kwun Tong. The site has published a number of inflammatory articles that officials say are meant to rile up the public against the rule of law, including one earlier this year that encouraged Hong Kong people to take notes on armed resistance from Northern Ireland.

Also, according to the former chief executive of the HKSAR government, Leung Chun-ying, speaking in October, Stand News had been serving as an agent of the U.S. and was concealing its relationship with the U.S. government and various U.S. politicians and NGOs.

From this perspective, it should come as no surprise that these arrests took place. It should also come as no surprise that U.S. officials might go to bat for their alleged assets, which they did in a statement published the very same day. Among other platitudes, Secretary of State Antony Blinken had the nerve to say, "A confident government that is unafraid of the truth embraces a free press."

The contradiction of this statement from Washington's top diplomat side is astonishing. Just weeks ago, the United States won an appeal in Britain granting the extradition of WikiLeaks founder Julian Assange, an Australian man whose only crime was exposing the truth, including a litany of U.S. war crimes, foreign interference and corruption.

The Assange case alone is a massive hit to the global free press, showing that America can kidnap foreign nationals who expose its crimes. But many other journalists have faced persecution, including one from my alma mater, Gary Webb, a Pulitzer Prize winner that exposed ties between anti-communist rebels in Nicaragua, the CIA and the crack cocaine trade in Black communities in the U.S.

The U.S. is also continuing its persecution of Edward Snowden, the famous whistleblower who fled persecution after exposing a U.S. global spy network operated by the NSA, and countless others.

The U.S. Capitol seen the morning after a riot by pro-Trump supporters in Washington DC, January 7, 2021. /CFP

The U.S. Capitol seen the morning after a riot by pro-Trump supporters in Washington DC, January 7, 2021. /CFP

The Biden administration even just filed a case to the Supreme Court asking it to rule that federal agents can't be held accountable for retaliating against protected speech. This would enshrine into law the horrific acts that took place against demonstrators during the George Floyd protests, for example, when federal agents in unmarked vans disappeared people in Portland, Oregon or when Park Police used excessive force to break up peaceful protesters at Lafayette Square.

This is what we would call a contradiction, i.e. when a socioeconomic system claims to uphold certain values and then does not follow them in practice. Interesting to think about on its own, it also leaves us to wonder what it would be like if the U.S. actually did follow the standard it imposes on China with regards to sedition.

I'll illustrate this with an easy example, the January 6 Capitol riot, to show how absurd this is. Almost exactly one year ago supporters of former U.S. President Donald Trump violently stormed the U.S. Capitol in an attempt to overturn the results of the 2020 presidential election. Since then, there have been numerous arrests, bans in the media on certain topics and a Congressional committee formed to investigate the event.

American legal experts have rightfully said the rioters are guilty of textbook sedition, e.g. the same crime levied against the individuals in Hong Kong, and the Biden administration is cracking down on these people. Why isn't the Biden team just allowing the rioters off the hook in the name of "free speech"? After all, the rioters are just standing up for what they believe in and feel that an injustice was committed against them.

The answer is obvious. It's a clear threat to national security that no sovereign nation would ever accept, and allowing such threats to fester would be reckless. "Free speech" is also not a phrase that one is allowed to throw around to shield themselves from the consequences of their actions. Just like the United States, China is also a country with laws that must be observed and followed.