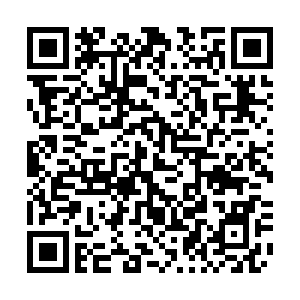 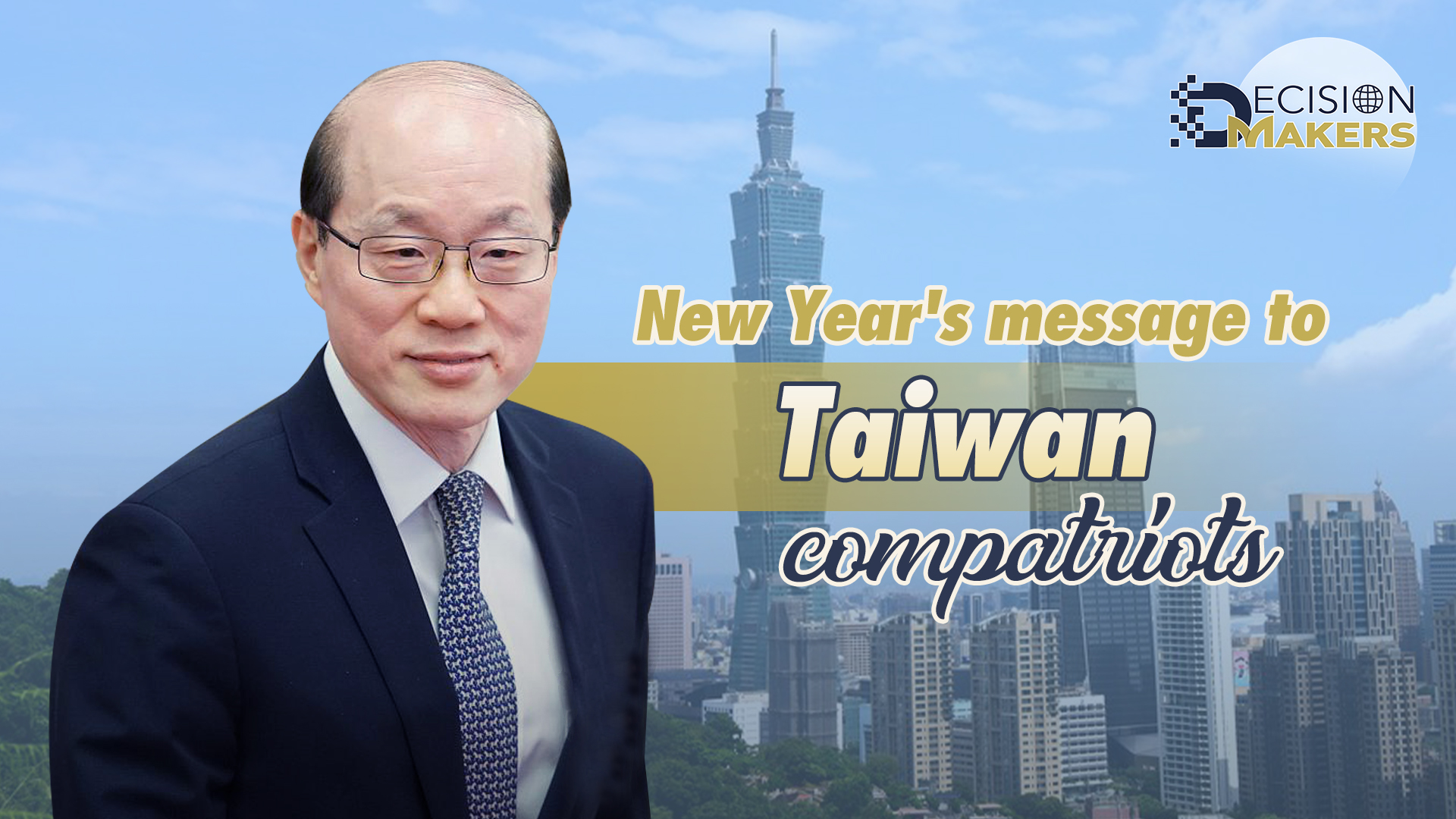 Editor's note: Decision Makers is a global platform for decision makers to share their insights on events shaping today's world. Liu Jieyi is head of the Taiwan Work Office of the Communist Party of China Central Committee and the State Council Taiwan Affairs Office. The article reflects the author's opinions and not necessarily the views of CGTN.

On New Year's Eve, President Xi Jinping delivered his 2022 New Year Address to send greetings to Chinese nationals at home and abroad. In the address, he said that the complete reunification of our motherland is an aspiration shared by people on both sides of the Taiwan Straits. He sincerely hopes that all the sons and daughters of the Chinese nation will join forces to create a brighter future for the nation. His remarks point the way forward for cross-strait relations in the coming year.

At the beginning of the New Year, on behalf of the Taiwan Work Office of the CPC Central Committee and the Taiwan Affairs Office of the State Council, I would like to extend my best wishes and sincere greetings to Taiwan compatriots.

2021 is a pivotal year in the history of the Party and the country. The 100th anniversary of the founding of the Communist Party of China was marked with the accomplishment of China's first centenary goal of building a moderately prosperous society. China is now marching on a new journey toward achieving its second centenary goal of the great rejuvenation of the Chinese nation by building China into a great modern socialist country in all respects.

We also held a high-profile commemorative meeting to mark the 110th anniversary of the Revolution of 1911 (also known as the Xinhai Revolution), solemnly declaring our strong determination and firm will to curb separatist activities aimed at "Taiwan independence" and to safeguard national sovereignty and territorial integrity.

We convened the sixth plenary session of the 19th CPC Central Committee to comprehensively review the major achievements and historical experience of the CPC in its century of strenuous struggle, and to further gather the strength and motivation to learn from history and build a better future.

The CPC's 100-year journey has been magnificent, and the belief in its founding mission has become stronger and firmer over the century. The founding mission of the CPC is to work for the happiness of the Chinese people and the great rejuvenation of the Chinese nation. At the end of the day, it's about enabling all Chinese people, including our compatriots in Taiwan, to lead a better life.

Through the relentless efforts of the Party and the whole nation, the great rejuvenation of the Chinese nation has become ever more likely with stronger institutions, firmer material foundations, and a more proactive mindset for the great cause. We are in a better position, more confident and more capable of completing the great endeavor of national reunification and enabling compatriots on both sides of the Taiwan Straits to live a better life.

National reunification is a righteous cause in line with the historical trend. In over 5,000 years of Chinese history, unity has always been a main theme. Maintaining unity is a concept deeply rooted in the soul and blood of Chinese people. Whoever contributes to the reunification of the motherland will be praised by the people and will go down in history with eternal glory; those who forget their heritage, betray their motherland, and seek to split the country will come to no good end. They will be disdained by the people and condemned by history.

It is the firm belief of all Chinese people that the motherland must be reunified and is bound to be reunified. No matter how the situation across the Taiwan Straits changes, the odds are always in favor of those who advocate national reunification, and the wheel of history for the complete reunification of the motherland will roll forward regardless of attempts by anyone or any force to stop it.

The future of Taiwan and the well-being of compatriots in Taiwan depend on the reunification of our motherland. After reunification, Taiwan can count on the support from the rest of China to achieve: long-lasting peace, stronger economic development, greater cultural prosperity and social harmony, higher standard of living, and more security and dignity in the international arena. All Taiwan compatriots who support the reunification of the motherland will truly be masters of Taiwan, and their aspirations for a better life will turn into reality.

The complementary advantages and integrated development of the Chinese mainland and Taiwan will bring a plethora of growth opportunities to the island by participating in the "big circulation" into the Chinese domestic market and also the "dual circulation," which facilitates reciprocal growth of domestic and international markets. 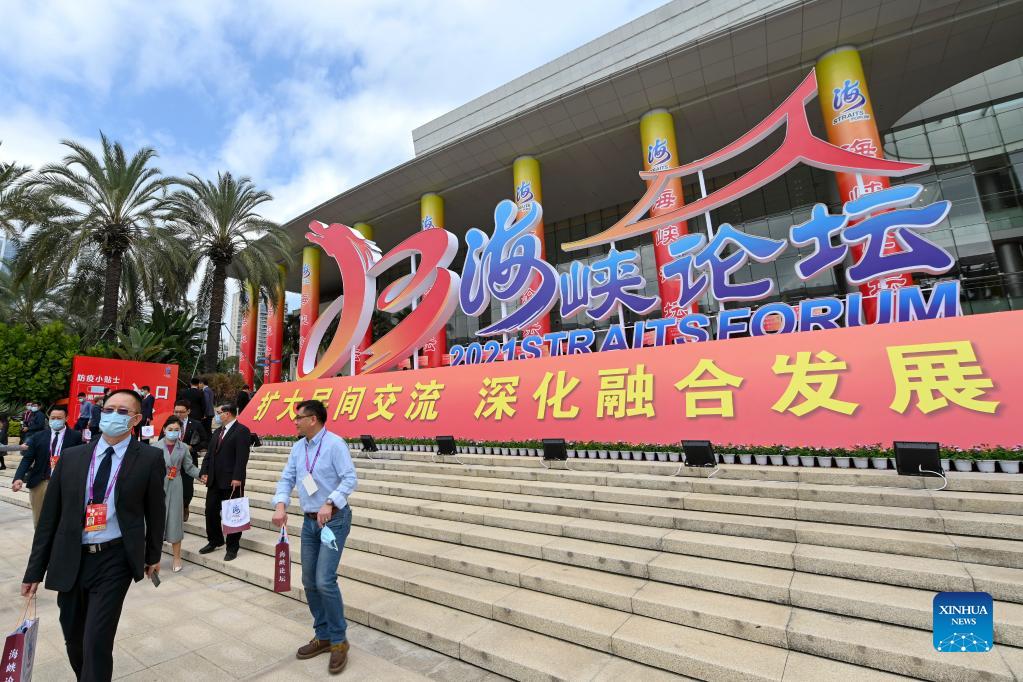 The current DPP authorities are trying to collude with external forces to provoke the Chinese government with attempts to separate Taiwan from China. What they've been doing is trying to create cross-strait opposition and confrontation. Their actions are contrary to the general trend of history and the will of Chinese compatriots, seriously undermining the fundamental interests of the Chinese nation and the vital interests of compatriots on both sides of the straits. As a result, Taiwan is being pushed to the edge of tremendous danger.

Taiwan belongs to all Chinese people. In the face of the unwavering determination, unbreakable will and growing strength of the Chinese people, any attempt to seek "independence" or interference by external forces will end in vain. We are willing to make enough room for peaceful reunification, but we will never leave any room for any form of separatist activities aimed at "Taiwan independence." The separatist forces will be met with a head-on blow and it will not end well.

We hope that our compatriots in Taiwan can understand what is at stake, draw a clear line with the separatist forces aimed at "Taiwan independence," work together to eradicate the scourge of separatist attempts, safeguard peace across the Taiwan Straits and contribute to the complete reunification of the country.

In the past year, despite the impact of the COVID-19 pandemic and the interference and obstruction by the DPP authorities, cross-strait exchanges in various fields continued to flourish, with compatriots from both sides interacting and cooperating extensively.

Many Taiwan compatriots actively participated in important exchange activities, such as the 13th Straits Forum, the 2021 Zijinshan Summit for Entrepreneurs across the Taiwan Straits, and the 2021 Shanghai-Taipei City Forum, demonstrating a strong desire to bring the two sides closer together.

At events such as the "Hand in Hand to Realize Dreams: Cross-Strait Compatriots Exchange Seminar," the 2021 Forum for Cross-Strait Youth Development, and the 2021 Cross-Strait Relations Seminar, compatriots from Taiwan shared their insights on promoting the reunification of the motherland and achieving national rejuvenation. They made resounding statements such as "we're committed to national reunification and building a stronger country" and "we love our motherland China."

We have continued to deepen cross-strait integration and development. Compatriots and enterprises from Taiwan have achieved new development thanks to the tremendous opportunities in the Chinese mainland. We care about the health and well-being of our Taiwan compatriots. For example, more than 177,000 Taiwan residents in the mainland voluntarily received free COVID-19 vaccine jabs.

We welcome our Taiwan compatriots to seize the opportunities of the times, actively engage in cross-strait exchanges and cooperation, come to the mainland to pursue, build and fulfill their dreams, and jointly write a new chapter of cross-strait integration and development.

We hope that our Taiwan compatriots see the great trend, will march on the right path and understand the righteous cause, and join us in upholding the one-China principle and the 1992 Consensus, resolutely opposing separatist activities aimed at "Taiwan independence," contributing to the great cause of national reunification, and sharing the glory of national rejuvenation.